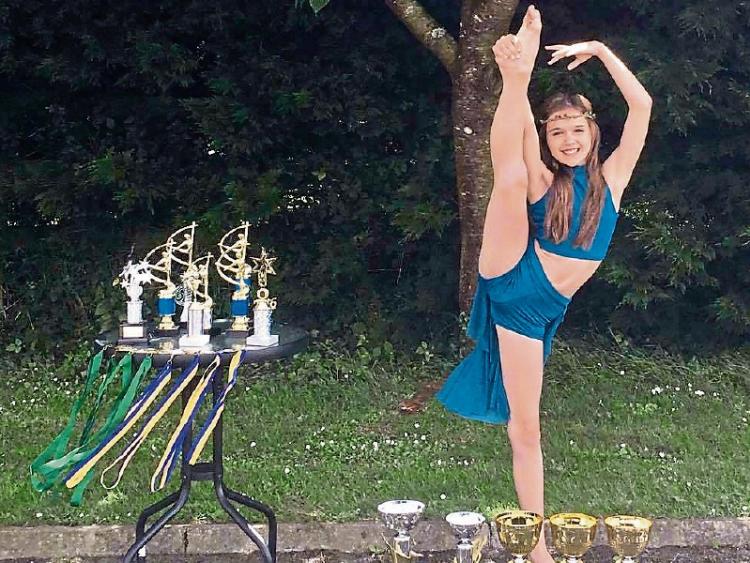 Less than a year after she began competing, a local girl is setting off to a world championship event with high hopes!

Paige Gavin, who is just 11 years old and attends Little Flower National School in Ballytarsna, is heading to the WLDF World Lyrical Dance Championships in Stratford Upon Avon later this month.

Paige only started dancing a year and a half ago after returning from Dubai, having never taken dance class before. She has only started taking lyrical classes from last September and has only started competing since November. Her progress has amazed her parents and coaches as she shot up through the World Ranking Table, through Level 1 to Level 2 where she currently sits 6th in the world at Under 12. She’s done all this in less than nine months, which is just incredible. She was the only soloist to qualify from her dance school, The Dancers Academy of Performing Arts, for this World Championships.

The World Lyrical Dance Championships will take place from July 20 to 30. Paige is currently training very hard and her family and friends are all very excited for the upcoming competition. She shows such passion when she dances, it is evident how much she adores to perform. Keep an eye out for this kid, this is only the beginning!