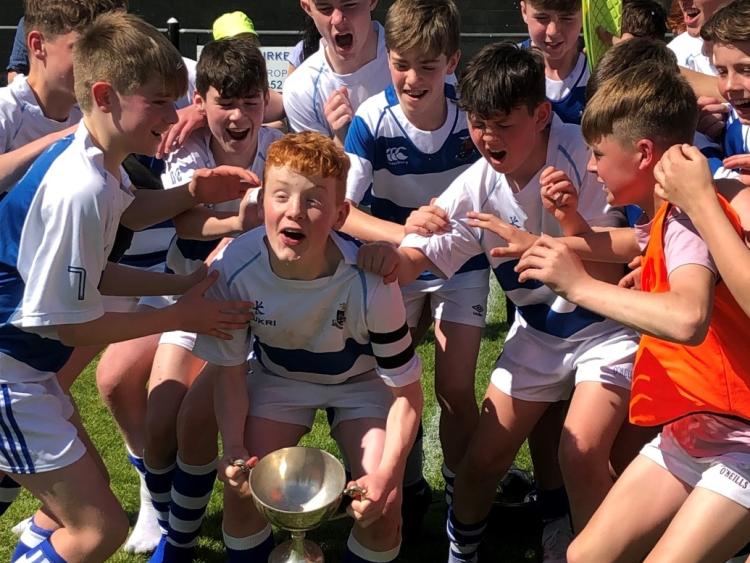 Both sides played some excellent football throughout the course of the game and both these teams were, undoubtedly, worthy contestants for the final on the basis of both their performances.

The game started quite slowly with both playing tentatively, resulting in plenty of tackles around the midfield area. Thomas Charles and Fernando Garcia for Rockwell began to get on the ball a lot more prominently as the first half progressed. The latter, in particular, exhibited  great passing skills on several occasions to set up dangerous attacks down Rockwell’s right flank.

The closing few minutes of the half were tensely contested. Rockwell had looked dangerous from several set pieces. Darragh O'Connor would deliver another great corner into the box, which Thomas Charles buried into the net with a rasper of a header to put Rockwell one up.

Cashel did not take conceding the goal lying down to their credit and attacked straight from the kick-off, earning a penalty.  Cashel duly dispatched the penalty, which left the half-time score 1-1.

Rockwell started the second half strongly, and with a couple of positional changes, looked much more solid defensively in the second half. Joe Higgins and Darragh Walsh provided excellent attacking support from full-back positions, with Higgins appearing more as an attacker than a defender in the second half, putting in crosses of significant quality. Darragh Cronin moved into midfield, which allowed him the opportunity to get on the ball much more often, but both sides again struggled to create many clear cut chances. Great credit must be given to both defences in this regard.

Ultimately, it was another set piece which would come to decide this game of fine margins. Cashel had been unlucky to not covert a chance at the other end, with Rockwell making most of the opportunity and claiming the spoils. The ball broke loose from a Cashel keeper’s spillage, the alert Darragh O'Connor reacted first and was taken down in the process by the Cashel goalkeeper. Darragh Cronin coolly stepped up and sealed the win for his side in the final minute of the game, giving the keeper no chance.