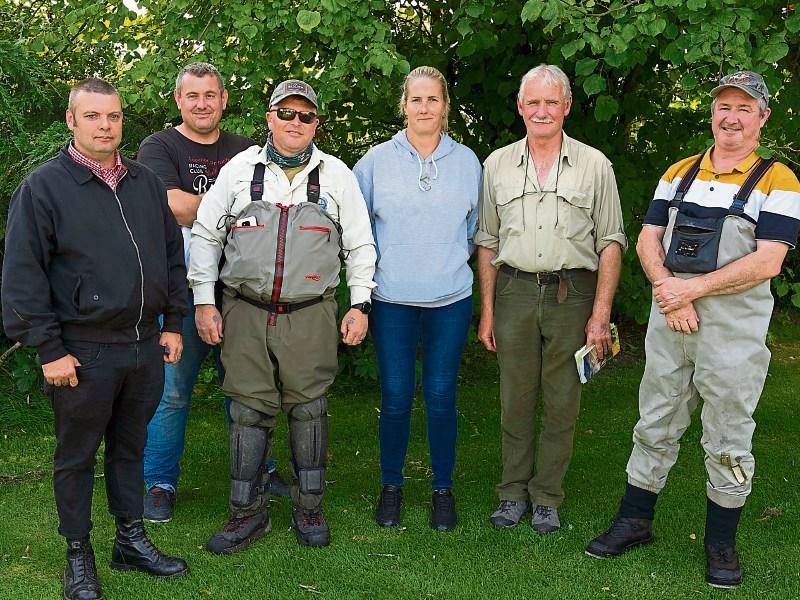 In all 41 anglers took part and each angler provided a controller whose role is to measure, record and safely release any fish caught.

At 7:15, half the anglers and controllers departed for the Anner river outside Fethard by bus,  for the morning session of fishing. The other half of the anglers fished on the main body of the Suir from the Moate to Ballycarron Bridge. The morning session ran from 9 till 12 and Sean Maher of Fethard had the most fish from this session, with 15 trout caught from the Anner.

All anglers made their way back to Golden after this and those that fished the Anner in the morning, fished the Suir in the afternoon and vice versa. The afternoon session ran from 3 to 6 and this session saw Sean Dempsey catch the most, with an impressive tally of 24 trout from the Suir.

From there it was into the Brian Ború Pub in Cashel, where a hearty and very welcome  meal was waiting for the anglers and stewards. 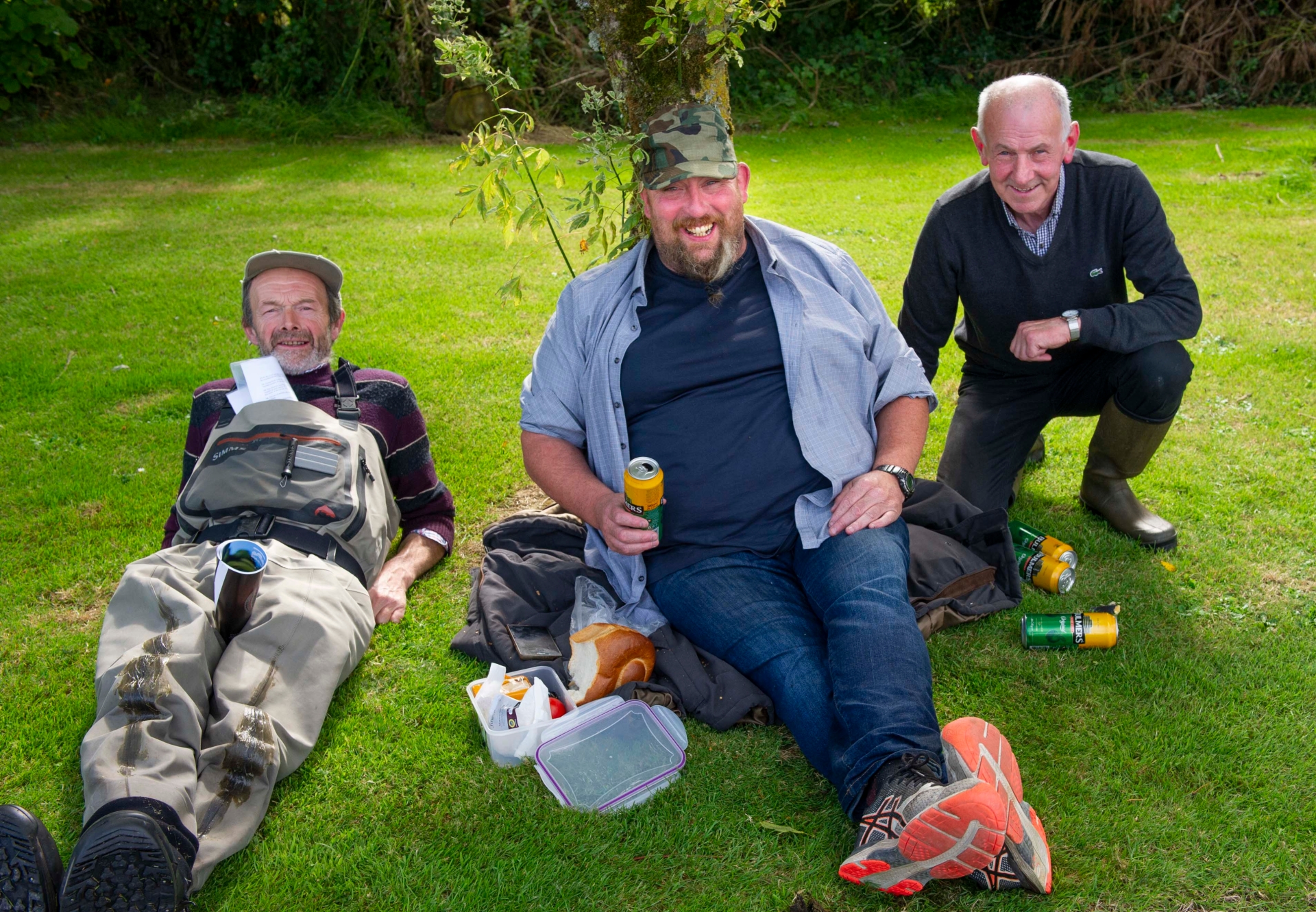 Enjoying their riparian lunch at the Irish Fly Fishing Competition in Golden were Mick Budds, Seamus Butler and Tommy O’Neill

The chairmen of the two clubs, Colm Hackett (Fethard) and Derek Cagney (Cashel) spoke and thanked everyone for making the event a huge success, particularly the controllers  who gave so generously of their time. They also thanked the committees of the two clubs, who had worked so well together, and put in such a massive amount of work towards ensuring the competition ran so well. They thanked the landowners who had provided access across their lands. Special thanks was given to Seanie O’Halloran of the Bridge House pub who allowed us to use his premises as a base for the competition.

The results were collated at this stage, taking into account the number of fish caught in both the morning and evening sessions and the length of the fish.

Brian Larkin of Leinster was the eventual winner of the competition with David Coughlan of Munster closely following in second place. Sean Dempsey of Leinster was in third place. These winners will go on to fish at international level and we wish them all the best when they head off to represent Ireland.

The proceeds from the competition are to be put back into development and upkeep of the rivers. The competition committee was delighted to present a cheque for €800 to the Wild Trout and Salmon stream development fund. A further boost was provided when the anglers’ representative body Munster  Regional Trout Anglers Council (MRTAC)  pledged a further €200 to the fund. This fund is used to restore spawning beds for trout and salmon.