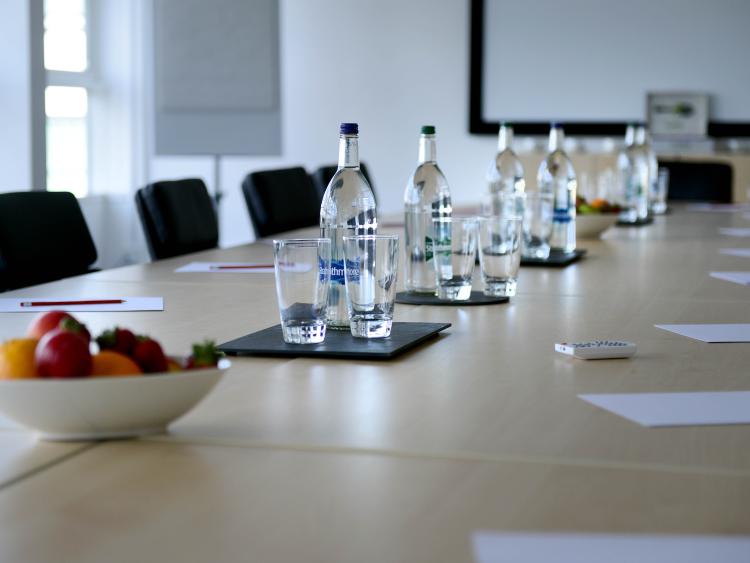 A number of councillors were accused of “blatant hypocrisy” at another heated meeting of the Tipperary/Cahir/Cashel Municipal District.

The debate centred on councillors, who voted against maintaining the 10% increase on the base rate for local property tax (LPT) at the council plenary meeting last September, being “two-faced” now that funding from the LPT is being pumped back into communities.

FUNDING
Firstly, District Administrator Anthony Coleman informed the municipal meeting that 30 festivals and events would receive a share of €59,950 in funding under the Festival and Events Grant Scheme for 2021.

He noted that tidy towns and residents’ association grants totalling €47,800 would be distributed across 31 groups, while 64 recipients would receive a share of burial ground grant funding totaling €54,216.

Mr Coleman then moved on to the total additional funding available to the Municipal District for 2021, which is €473,983.

He said this consists of €222,652 funding from the central Government budget allocation and €251,331 from the General Municipal Allocation (GMA).

“The €251,331 funding comes from the local property tax, which is decided at the budget meeting each year,” he explained.

GMA BREAKDOWN
Of the GMA funding, Mr Coleman said it is proposed that €50,800 would go towards festivals and events, €5,000 towards the Christmas lights in Cahir and €1,150 in Tipperary Town, and €5,000 for each of the three towns under the Painting and Enhancement Scheme.

He said that €10,000 would go towards economic support and initiatives such as town vouchers, grants for businesses who want to put tables and chairs in public areas, and funding for businesses advertising at Christmas.

He said tidy towns in Cahir, Cashel and Tipperary Town would each receive €4,000 for special projects such as capital projects to enhance the towns.

A total of €12,000 funding would go towards the Canon Hayes Recreation Centre, which is also receiving €40,000 from central budget allocations, to help ensure the financial viability of the centre.

There would be €7,000 for the Building Facade Scheme in Clogheen, with the council keen to work with private property owners in the village.

€30,000 GMA funding was also proposed for the Tipperary Town Revitalisation Task Force, which is also receiving €30,000 from central budget allocations.

‘FUNDING A LIFELINE’
Chairman Cllr Crosse said the funding is a “lifeline” to communities across the district, with Cllr Marie Murphy highlighting that maintaining the LPT level has resulted in an extra €158,000 funding for communities.

“They lambasted us for what we were after doing and they are here today delighted with the money that’s coming,” Cllr Kennedy said.

“It is so annoying to see people not true to their commitments,” he slammed.

“When it comes to voting for the LPT at the budget meeting, some councillors will vote against it but they are looking to spend the money like everyone else.

“Don’t be going out criticising others who provide the finances you are so willing to spend,” he added.

In a staunch reply to Cllr Kennedy’s comments, Cllr Black said the LPT is a “tax on the family”.

He added: “I’m going to vote on something the way I see fit, so I don’t understand why councillors get upset about the way they voted being shared [on social media].”

Cllr Moloney, who denied “lambasting” anyone on social media over the vote, said the LPT is a “wrong tax”.

He added: “I believe everything should be coming from central funding. It’s in the Programme for Government at the moment to do away with property tax going forward.”

Cllr McGrath said that in light of the pandemic she voted against maintaining the LPT at the 10% increase, while Cllr Ryan said she feels the LPT is “unfair” in the way it is allocated.

“A vote against raising the LPT could be interpreted as a vote against supporting vital community facilities and activities,” Cllr Ryan later said.

“In my opinion, as well as being completely unfair, this process also devalues certain services by giving them lesser status as they face the threat of removal/closure if not funded,” Cllr Ryan added.

“Cllr Black, Sinn Féin’s policy in the other part of our island where they are in government is to increase property tax every year, whether you like it or not,” Cllr Fitzgerald said.

He then questioned whether Cllr Ryan has any issue with the funding being allocated to Tipperary Town.

“Please don’t run to the media saying I’m pointing a finger at you, Cllr Black or anyone,” Cllr Fitzgerald swiped.

“Ye are great people at presenting yourselves as the only councillors who represent Tipperary Town. Ye vote for everything that’s positive - the popular way!

“None of us want to put LPT on anybody. I don’t want to pay it, but when I see it going towards good I have no problem in the world doing it and I know a lot of people who feel the same,” he stated.

Cllr Fitzgerald said the councillors who are not “townies” are “putting their heads on the block” to support Tipperary Town.

“I’m not bullying [anyone]. I don’t want to see anyone going out of this meeting today feeling battered and bruised because it sends out the wrong impression,” he said.

“Come next September we will have to have a very serious look at whatever proposal [Chief Executive] Joe MacGrath puts in front of us because I’m not going to go through the same abuse and the outlandish statements on Facebook that were put up about me and my interests in Tipperary Town from people who are faceless at the best of time,” he added.

‘MEETING A FARCE’
At this stage, Cllr Hourigan said the meeting had become a “farce” with councillors taking “potshots” at each other.

“I really have a problem, chairman, about how this meeting is being conducted,” she said.

“It’s time that nobody else is left in on this and that you move on [from this issue] or I’ll be leaving the meeting,” she added in frustration.

‘NO APOLOGY’
Cllr Crosse fired back at Cllr Hourigan that the issue involves “a lot of money” and “shouldn’t be let go”.

“We take it in the neck when we vote for the LPT,” he said.

“I make no apology for having a discussion on this. It’s very, very important that the public knows who’s taking the bullets for it,” he continued.

“The Department lays down rules every year to us in relation to raising money on this and if we don’t come up for air we are going to be left short somewhere else.

“There’s no point in any other councillor saying ‘we’ll get it centrally, we’ll get it somewhere else’. We won’t!

“We take the tough decision and make no apology for it.

“And it’s great news that we are giving out money to those organisations and those people who are struggling,” he added.