For the 20-year-old rugby player who learned his skills with Cashel Rugby Club, it was the culmination of all his boyhood dreams 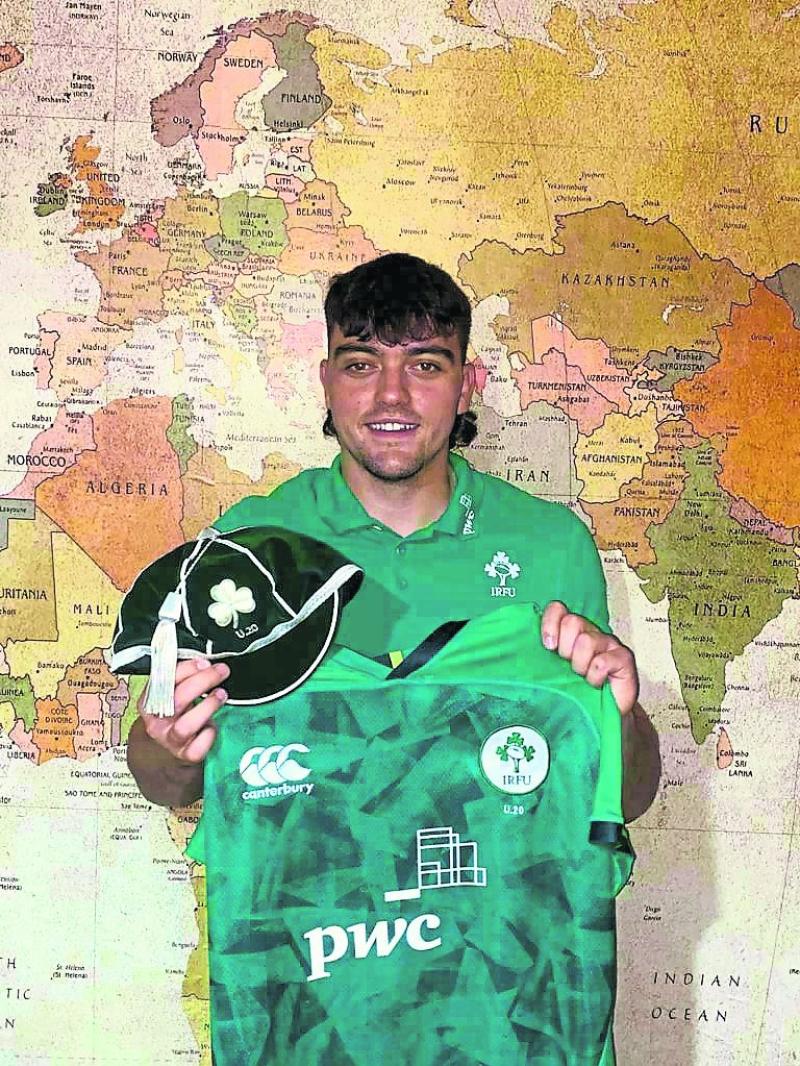 Fearghail O’Donoghue remembers donning that famous green jersey for Ireland for the first time in Cardiff against Italy last July.

For the 20-year-old rugby player who learned his skills with Cashel Rugby Club, it was the culmination of all his boyhood dreams.

For the second row forward, representing Cashel RFC and Munster, his first appearance for the team in front of thousands of spectators and many more at home watching him on the TV, it was a spine tingling experience that will live long in the memory.

“It was an unbelievable experience,” says Fearghail. “It was unreal. It’s something you really grow up as a young fellow watching the TV, watching these lads playing and it was a great experience to get out and sing the national anthem for the first time. It was a very memorable experience.”

Fearghail trains in Limerick during the week with an Under 20 team, in the hope of gaining an academic contract with Munster. The O’Donoghue family is steeped in gaelic games, so how did Fearghail switch to rugby? “My father was a big GAA man,” says Fearghail. “But he played rugby himself. He played Munster junior.”

Pat O’Donoghue enjoyed great success in hurling with Cashel - he was on the 1991 Cashel team that won the Munster Final - but gradually gave it up in favour of rugby. Fearghail’s formative years were spent going to rugby matches, and it was inevitable that he would join Cashel RFC at around 10 years old. “Rugby was always there. And it just grew from there.”
Does he see himself as following in Denis Leamy’s footsteps? “It’s something everyone wants to do,” he says. “If I had the opportunity to do what Denis has done, I’d take it with both hands. It’s something I’d love to do.”
Fearghail would love to line out for the senior Ireland rugby team in the future, but “I suppose a few more years of development would help me out with that.”

At just 20, Fearghail still has about two or three years before he might be considered for the senior team. “But my first port of call is to try to get into the Munster team, and work my way up from there.”
Fearghail is content with his training so far, travelling to Limerick while living in Cashel.

The academy grants one-year contracts, renewing them for up to four years, before granting a development or full time senior contract.

The coming weeks will determine whether he gets that one-year contract, allowing him to showcase his skills to a wider stage, and offers a route through to the senior team - Fearghail’s dream job.

“That’s the goal. You’re training nearly every day of the week. And it would be your job then, so it would be unreal.”
Munster has a glorious record and it’s a great privilege to play for them, says Fearghail. “Munster is where I grew up. I’d watch Ireland playing but you watch Munster first. And that’s where it all starts.”
What are Munster’s prospects for this year? “I think they have a really strong team this year again. They were in a lull there about four or five or six years ago, but they’re on the way back up again, and they’re playing very good rugby.
Hopefully they’ll be looking at winning a Champions Cup,” adds Fearghail.