Presentation of War of Independence mementos to Spike Island Museum

Mementos of the life of William Looby, Bohermore, Cashel were presented to the Independence Museum at Spike Island 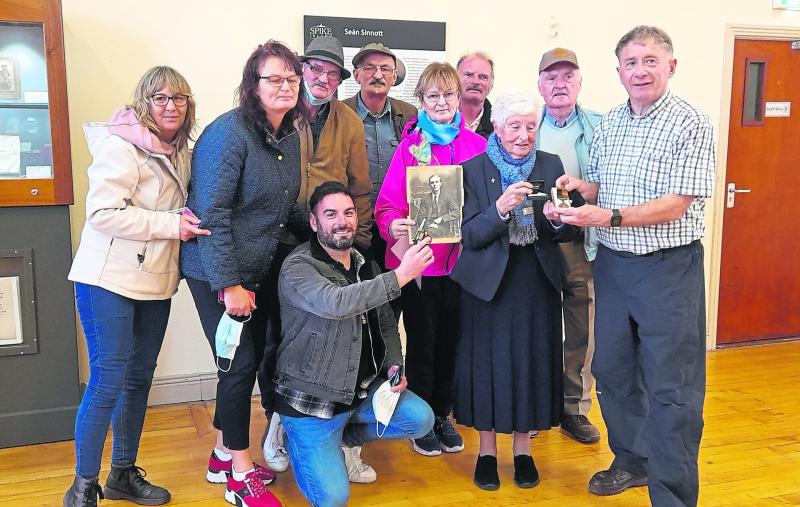 On Sunday last mementos of the life of William Looby, Bohermore, Cashel were presented to the Independence Museum at Spike Island.

While still a youth William threw himself wholeheartedly into the Sinn Fein movement and later joining the Irish Volunteers, he did an amount of valuable work in the advancement of Republican ideals.

Because of his sympathies and activities in the cause of Irish Independence, he came to the notice of the British authorities, and was arrested early in 1921. Initially interned in Tipperary Town, he was transferred to Kilworth and eventually moved to Spike Island on April 19 as an internee. He was held there until November 21, when he was moved to Maryboro, where he was held until released after the Truce.

While an internee on Spike Island William wrote regularly to his family. Fortunately some of these letters survive and a cache of thirty of them provide a great insight into the life of the internee at the time. One has to remember that all communications to the outside were censored by the prison censor so we don’t get a complete picture, but it is possible to read between the lines in many places.

As well as the letters other mementos include a revolver, a Claddagh ring made from a florin, which was smuggled into the prison in the bottom of a bag of sugar.

A number of telegrams informing his family of his change of prison, including one sent on September 25, 1921, just 100 years to a day when it was presented to the museum.

Also included was the official document of his arrest, and his IRA service medal with his name stamped on the back.
Overall, a significant collection of material and they were received by Tom O’Neill, representing the museum, who has written a book on the 400 internees on the island in 1921.

He was particularly pleased to receive the collection from Sr. Carmel (Madgie Looby), the only living child of William and Anne Marie Looby, who was accompanied on the day by her grand nephews and nieces in Cashel.

It was an emotional occasion for Sr. Carmel, whose father died before she was 5 years old and her mother, when she was only sixteen years of age. She had hoped to make this presentation two years ago, but Covid intervened and prevented it taking place.

Readers may like to know that her mother, Anne Marie Burke from Sligo, was also famous. She was in Croke Park on Bloody Sunday, went onto the field during the mayhem and covered the dead body of Sean Hogan with her coat. While doing so a fragment hit her glasses, cracking one of the lenses causing some blood. Sr Carmel presented the pair of glasses with their blood-stained lens to the Croke Park museum last year on the centenary of Bloody Sunday!