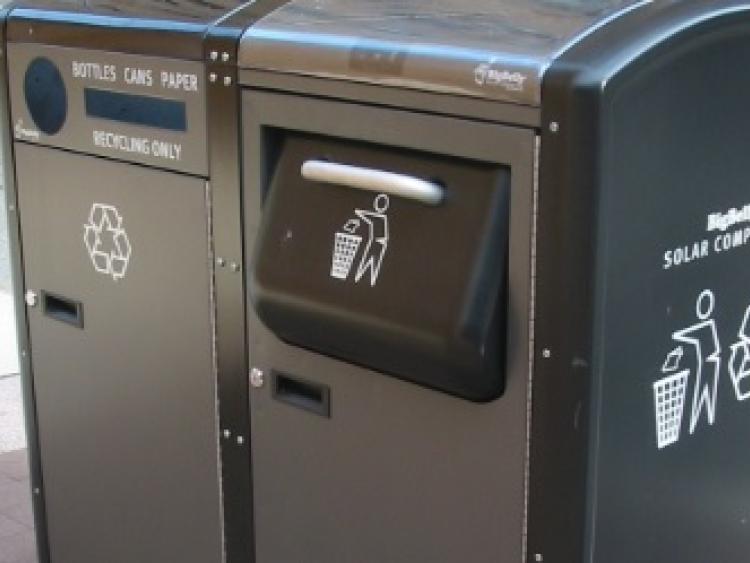 Will Clonmel get 100 BigBelly bins?

An interest has been expressed in piloting 100 BigBelly bins in Clonmel, but “considerations are needed first” before they are rolled out.

District engineer Eamon Lonergan told councillors at Clonmel Borough District’s January meeting that the BigBelly company wants to do a free pilot in the town. However, the company needs to demonstrate that it's cost-effective for the council.

Mr Lonergan said that there are “hefty” fees involved with using BigBelly bins long-term. Discussions between the council and the company resumed at the start of January, with further talks planned for the end of the month.

The meeting was informed that three park bins would be reduced to one bin with BigBelly, noting the success of the roll out of two BigBelly bins in Cahir. “If we decide to go ahead with the bins, it would be in February or March and we would want to be testing the bins over the summer period.

“There is a cost involved for us but a bigger cost to them,” Mr Lonergan added.

“It’s a live offer and time is of the essence.”