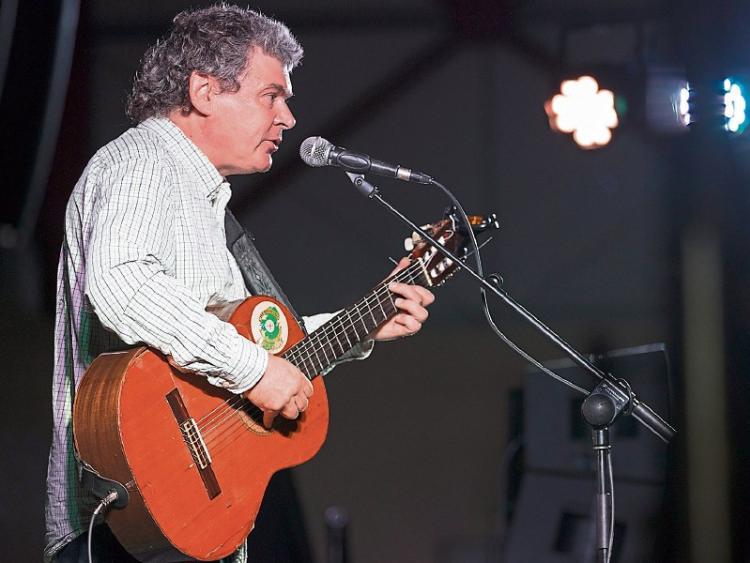 Cork troubadour John Spillane has wrote a song about Clonmel

Having a song that people will immediately associate the town of Clonmel with is a gift that Cork troubadour John Spillane is willing to present.

Towns have benefited greatly from having their profile enhanced because of an association with a popular song and Clonmel is about to be handed a similar opportunity.

One of the most popular singer/songwriters in the country and always a most welcome visit to the County Tipperary, John Spillane believes a song he penned about life in Clonmel could be the stand out  hit from his  new album 100 Snow White Horses, which has been recorded in London and is due for release later this year.

Spillane warmed to the task and came up with a lovely humorous song entitled Molly Bawn. Molly Bawn is a song that tells the story of a young busker arriving in Clonmel and falling for the charms of another busker called Molly Bawn. Their fun relationship entails having a few glasses of cider in the Vale of Honey and having a good time while attending the busking festival in the town.

“It is a fun song with a lot of references to Clonmel and Tipperary. I think it is a song that could put Clonmel on the map. I think Clonmel could claim ownership of the song and it could enter the repertoire of great Tipperary songs. It is a very radio friendly song. It captures the spirit of Clonmel and the busking festival, and hopefully it will become known as the big Clonmel song,” said Spillane, who has been visiting the town  since the early eighties to perform.

Two of the other songs on the album relate to the 1916 commemorations. Spillane was invited to spend time visiting the schools in County Laois as part of the centenary commemorations of 1916 and the title of the album 100 Snow White Horses is a tune based on an old Laois melody, while the Streets of Ballypheane centres on the streets of the area Pearse Street, Plunkett Street and links the events of of 1916 to the street names.

He went to London to record the album before Christmas and has received a great feedback from colleagues, who all tell him that Molly Bawn will be the big hit off it. “I hope it will. I have received some backing from Laois to help with the costs of bringing out the album because of the Laois connection to the album and my work there, and I hope to get some backing from business in Clonmel or from Tipperary County Council, who are promoting the area for tourism,” he said.

“I have a great affinity with Clonmel, and I love going up there. I was writing songs about different places for TG4 and that is where the idea came from. I wrote Molly Bawn about three years ago and I  put it on my new album to come out later this year. There has been a very positive response to it from anybody who has heard it,” said John.