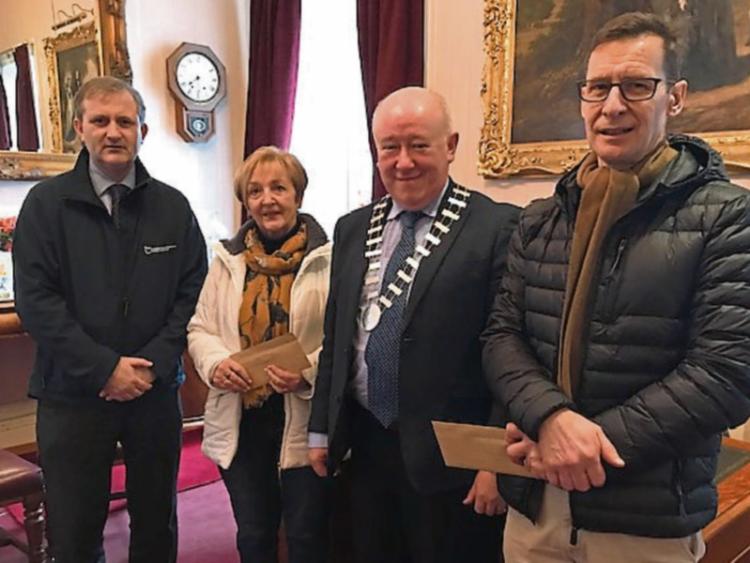 Clonmel Borough District Mayor Richie Molloy has extended his thanks to everyone who contributed to the annual Mayor’s Christmas Relief Fund.

The proceeds from the collection were presented to the Society of St. Vincent de Paul at Clonmel Town Hall, while a number of other charitable organisations also received donations.

“I’m very grateful to the business community and all those who supported the fund as generously as ever this year,” said Mayor Molloy.

“St. Vincent de Paul in particular had a lot of demands on its resources this year."

The Mayor said that St. Vincent de Paul were in the best position to distribute aid to those in need in the district. He thanked everyone for helping to maintain the long-standing tradition and he hopes it will continue into the future.