A County Tipperary man is preparing to fight for a four nations title at Siam Warriors Cork hosted Rumble at the Rockies on Saturday (February 16).

The Grange man was overweight and low in self-esteem, driving him to embark on a rigorous training regime with Clonmel club Courage Muay Thai. “I was really in my shell before starting Muay Thai," Meagher tells Tipperary Live.

"It took me a year to lose any bit of weight, and then I really put the head down and started dropping it rapidly. I competed in some amateur competitions and got on really well in them. Losing the weight definitely helped me, my confidence was starting to grow and after six fights I turned professional."

"Training ahead of the fight has been very similar to boxing - a lot of bag work, pad work, sparring, long-distance running, sprints and weight training in the gym. It's a very heavy workload, with two sessions a day six days a week. I’m dreaming of becoming a world champion later this year, but I have to get over this hurdle first. Hopefully I can get the year off to a good start and bring home a four nations title to Clonmel,” he smiles.

Courage Muay Thai was afforded a mayoral reception by Clonmel Borough District’s Mayor Richie Molloy before Christmas. The occasion celebrated Meagher winning the Irish Light Heavyweight Championship and the Roar Combat League European title at light cruiserweight, while also acknowledging the success of his clubmate Ian Crotty who became an Irish champion at bantamweight.  Meagher credits retired Courage champions Sean Long and James O'Connell for inspiring him to fight in the professional ring.

“You need to be very strong minded to compete at professional level in Muay Thai. I looked up to the likes of Sean and James when I joined the club because both of them were Irish champions. It’s great to be able to follow in their footsteps," Meagher, a personal trainer at Xtreme CSC Cashel, says. 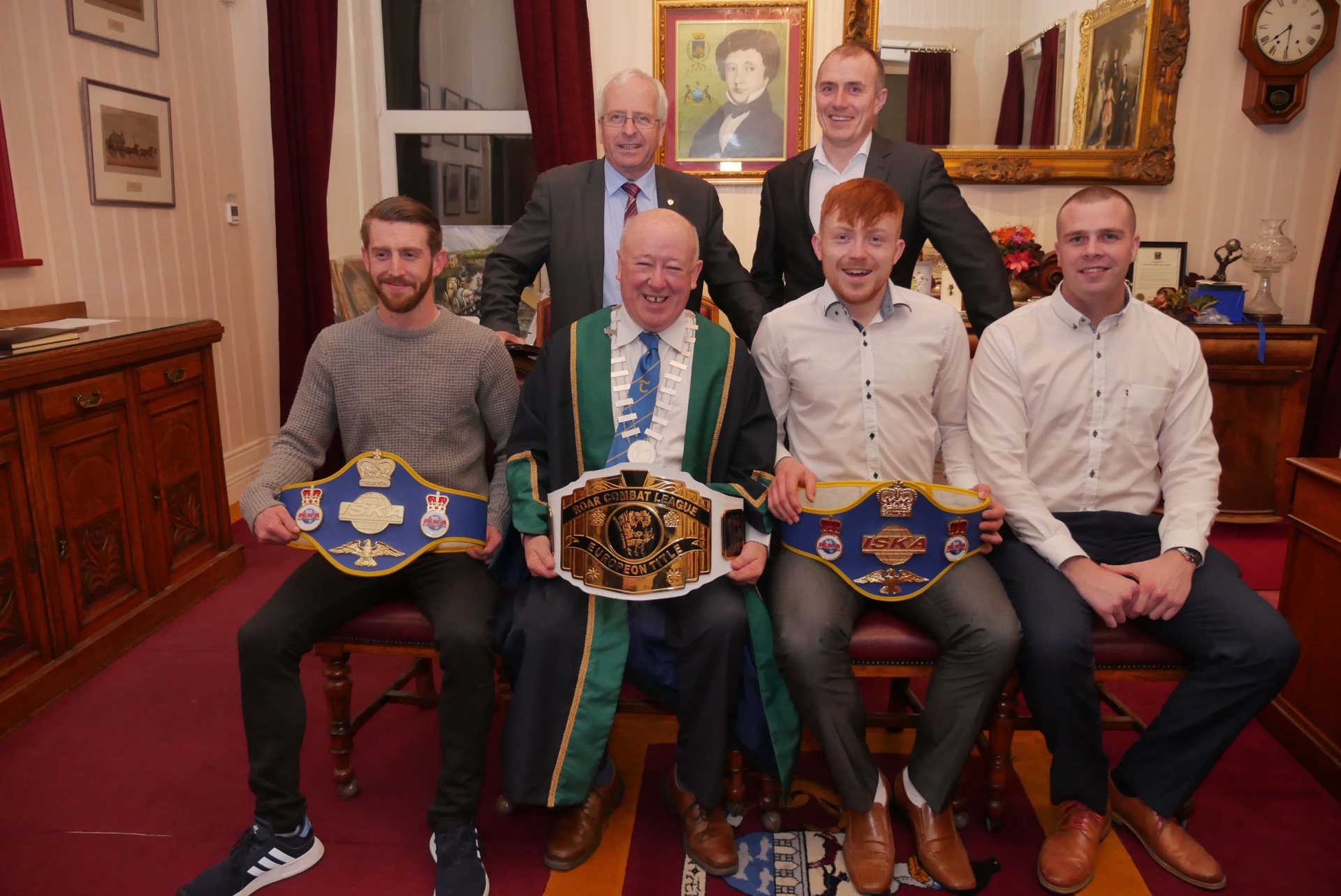 Meagher encourages more people to get involved in this “growing and exciting” sport. "It's not the biggest sport because people don't know about it. It has grown in popularity the last two years, thanks to the quality of shows that are being put on across the country, particularly down in Cork.

"We have around 40 members at Courage and only around 10 on them compete. It's suitable for everyone because it's enjoyable and the training is fun. We train every Tuesday and Thursday - kids at 5.45pm, beginners at 6.45pm and advanced at 7.45pm. It helps you become more social and gives you the confidence to help others,” he adds.