OPINION: Dismay and anger over tree felling in Tipperary 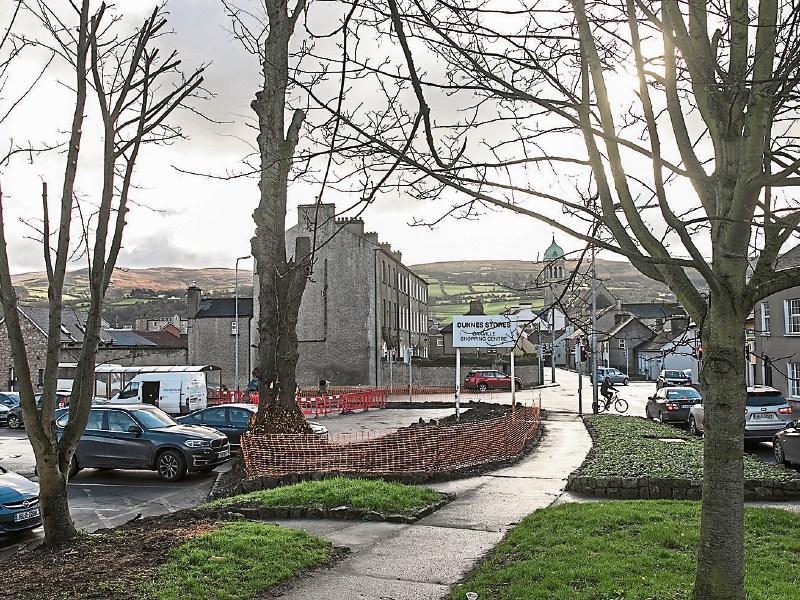 FOR the past few weeks we have been talking about trees in South Tipperary.

The apparent arbitrary felling of trees in both Fethard and Clonmel has dismayed and angered the vast majority of ordinary citizens. Perhaps anger has been the most obvious reaction.

Why, we asked, were our horizons and our environment so changed, by the sudden removal of the trees which had been such an attractive feature of our streetscapes? And, if, as the poet said 'Only God can make a tree', why did it only take a few ladders and a few saws to demolish them on a dark morning? 'Why? Why?,' we asked. Nobody answered.

So, let's continue to talk about trees!

If, in a public place, trees, because of disease or storm damage, present a danger to ordinary people, and if these are located in a street, then the local authority is obliged to remove them, or to carry out sufficient pruning to make them safe. The same applies to trees which are privately owned but which grow in proximity to places frequented by the public. Diagnosis of disease, and pruning as such, should, ideally, be carried out by properly qualified tree-surgeons. That makes common sense.

Where a tree is removed, there is now an obligation to replace it by the planting of two well-developed saplings in the approximate area, where this is feasible. In fact, the ideal would be the planting of a replacement some years in advance and where a mature tree is showing early signs of disease, in anticipation of its ultimate removal. That, too, makes common sense.

Local authorities are not exempt from the obligation, which applies also to private owners, of the necessity of applying to the Forestry Services for a felling licence, where there is a proposal to remove even a single tree, unless, of course, there is an obvious and immediate danger to the public, as I have already outlined. Was this done in the circumstances of the Fethard trees?

Where trees are privately owned, a felling licence is required in all circumstances, whether it be the thinning of a copse or because a tree is inhibiting a necessary development. And where a tree, although privately owned, has become part of the visual public landscape there is an obligation, as in the case of a planning application, of the placing of a relevant notice to this effect. Was this procedure followed in the circumstances of the Clonmel trees?

An application for a felling licence takes a minimum of three months to process, but in reality, I understand, it can take seven or eight months. The Forestry Service has to consult with other statutory bodies, in agriculture, in fisheries, in archaeology and even with local authorities.

Trees fulfil a very practical function in the control of carbon dioxide. In the current concern about climate-change, the planting of trees is widely recommended. They are not only splendid and beautiful in all seasons of the year, but they can also be used to soften and screen developments, such as industrial buildings, which otherwise have no inherent architectural attraction. This is especially so in the case of the Clonmel trees, where the shopping-centre is located in an old attractive residential area, contiguous to the town centre. No doubt these considerations influenced the conditions which were included in the original planning permission.

The angry reaction of ordinary people to the recent felling of trees should not be dismissed by either the local authorities or the private interests involved. The fact that there was no prior consultation with the citizens of Fethard, nor with their local elected representatives, seems very short-sighted indeed. The citizens of that Tipperary town have been very active in conserving and restoring so many of the unique features of their town. It is, in fact, probably the only Irish town which still retains almost the entire of its medieval walls. The Everard House has been restored and the Clashawley riverside walk adjacent the walls is a delightful in-town amenity.

It is accepted that all of this  had local authority support, but the impetus came from the citizens, spurred on by their love of place. Discussing with them the problem of the trees (if there was a problem with the trees!) would have been within the realm of ordinary good manners.

In the same way, good relations with the  public cannot be dismissed, even by very big business. It is too valuable a commodity which once lost is not easily recoverable. While the Clonmel trees were in a private space, it was an open space, open to public access day or night, and its environs visibly impinged on the town's landscape.

There is now a statutory obligation on those public and private interests to replace the trees which have been felled by them: two well-developed saplings for every tree removed. It is hoped that not only will this be done, but that the replacements will be so sited that they will not be again mutilated because they are seen as an impediment to some engineering project or because somebody just hates trees.