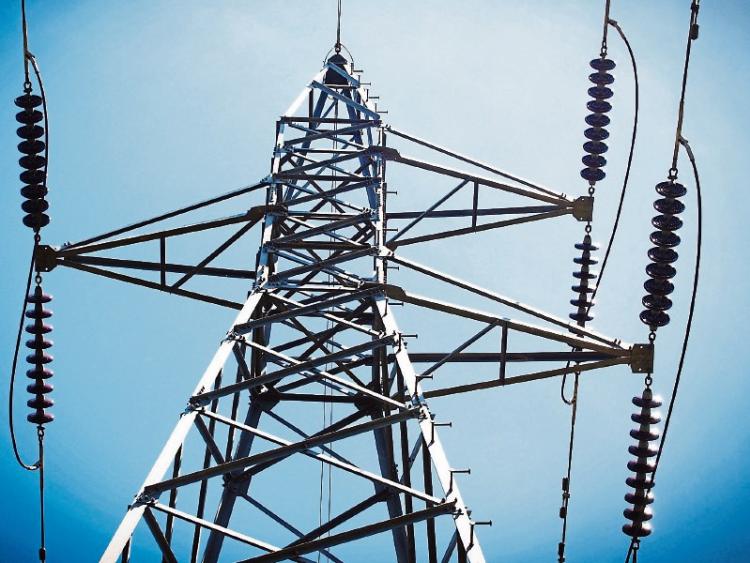 THE ESB informed all of the people living in my Clonmel neighbourhood that on Friday our supply of electricity will be disconnected from 9am until 5 pm.

The prospect of eight hours without a service on which I have become dependent seemed like a challenge - a problem which had to be solved. Like most modern homes nowadays, mine operates on electricity: cooking, heating, lighting, refrigerating, cleaning, laundering, dish-washing, water-heating, computing. All respond to just clicking a switch or pressing an ON and OFF button.

Common sense finally prevailed and I realised the self-indulgence of this ridiculous questioning, and of the fabrication of a problem where there was none.

“Would you cop yourself on!” I told myself. “Just fill a flask and make sandwiches, and forget about washing and cleaning and ironing. Friday is not doomsday. It’s not the end of the world. It is not even a major inconvenience.”

I belong to a generation which is now fortunate to have much of our domestic work facilitated by electric power, but I remember a time when that was not so. I recall my farming grandmother lighting a fire on the hearth and hanging a black kettle, filled with water from her well in the farmyard, and which she hung on a crane over the glowing flames. All of this before she could drink her morning cup of tea. And in the darkness of late evening, she would light an oil lamp. Rural electricity, as it is now called, had not yet come to Ireland.

I recall, too, my mother’s joy when she bought her first clothes-washing machine. It was rudimentary by modern standards, but it relieved her of the back-breaking Monday laundering, standing over a tub, soaping and rubbing clothes on what must have become a museum-piece - a washboard!

She had already had the experience of bringing up a family in wartime Ireland where the everyday source of power came from heat generated from wet turf from Moneyaha Bog and a limited gas-glimmer from the Corporation’s gas works in Clonmel.

But all of these memories, and all my self-reprimanding, did little to displace the fact of my near total dependency on electric power for ordinary everyday living: a fact that has a parallel in every functioning modern home nowadays, and a fact reinforced by its absence for a few hours on Friday.  We pay for it, or course. It consumes a not inconsiderable amount of our incomes. But the consumption is trifling when compared to what it is now costing Ireland in fines because we are not meeting our international commitments for the control of carbon emissions and which, it is now acknowledged, are changing our climate.

Ireland’s response to global warming has been identified as ranking “the worse” in a recent European report. The fines imposed on us for this lack of response are already significant, and if they continue and accumulate, they will reduce to insignificance the astronomical costs of the Children’s Hospital which are currently causing such shock-waves in political circles, and will ultimately be paid-for by the ordinary hard-working taxpayer, people who get up early every morning.

At the present time, we in Ireland produce electricity from a number of sources; fossil fuel, gas, turf, biomass, all of which emit carbon dioxide. In addition there are the “green” carbon-free sources - hydro, wind turbines, solar panels. Nevertheless the latter two involve carbon emissions both in their manufacture, installations and replacements, and they have a limited operating lifetime.

The importation of fossil fuel (coal) oil, gas, biomass (because we are not yet producing sufficient quantities ourselves) all involve shipping and transport, and the release of carbon. And our turf-cutting is the equivalent of killing the golden goose - because our bogs, as such, are very efficient sources for the storing and control of carbon.

All of the power from these various sources feed into the National Grid and is re-distributed to us, the consumers in our homes, and to meet the heavy demands of industry. But we are currently not producing sufficient electricity to meet these demands and so the ESB has to buy supplies from the British Grid which contains power generated from nuclear fission. Almost certainly these demands will increase with the development and expansion of industry.

All of which prompts the question: How do we reconcile the urgent necessity of reducing emissions with the absolute necessity of increasing our generation of electricity? Readers of the Irish Times Letters Page will have noticed a steady trickle of letters on the subject in recent times, many from people with substantial knowledge and expertise. The evidence-based solution, they say, is nuclear fission, which (they say) produces clean, safe, efficient and cheap energy, widely in operation in the EU, and throughout Europe, the United States and Asia.

The nuclear concept raises the issues of public opinion and public support. And the problem is that, both politically and publicly, it is far more comfortable to remain amongst the worst carbon polluters in the EU, rather than realistically discuss a subject which historically has been so emotive and so proscribed  that it “cannot be mentioned amongst”. It would seem that buying nuclear from Britain is an Irish solution to an Irish problem.