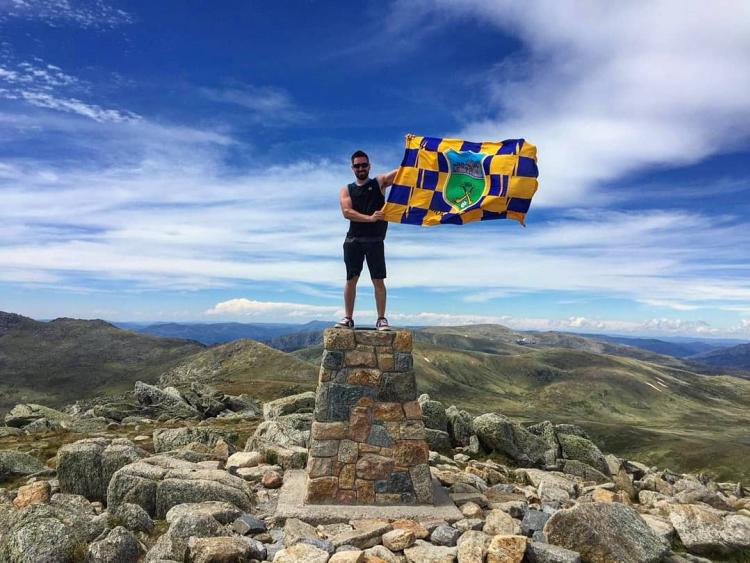 A County Tipperary man who made the decision to quit his top job and travel the world while having a few pints says the experience has been “life-changing”.

After getting caught up in the rat race for eight years after college, Brian opted to leave his job with a leading engineering firm in Dublin to travel the globe.

Speaking to Tipperary Live from a sunny Melbourne, Australia, the now 34-year-old “doesn’t have a care in the world”.

Recalling the invigorating decision to move abroad, he says: “I found myself sitting in a pub down in Cobh after a visit to Spike Island in the relentless rain and bitter cold. I spotted a map of the world on the wall and after a few pints I made the decision.”

Brian crossed the pond to Wales before boarding trains all the way to Moscow over a two-week period, visiting nine countries along the way. “After a couple of days touring Moscow at minus 26 degrees Celsius, I got on the Trans-Siberian Express along with some other backpackers. The journey took three weeks with stops in Siberia and Mongolia before arriving in Beijing. It was great to finally stand on some solid ground, especially after a rough border crossing into China. In Asia, it was more of the same - cars, ferries and trains - visiting a further 10 countries en route to prearranged voluntary work as an English teacher in the small Thai village of Khlong Hat, close to the Cambodian border.”

He fell in love with Thailand’s culture, heritage and people. “I tried my best to give some Thai children with very little or no English a Tipperary accent of their own,” he laughs.

“Living in a small village and having no Thai when I arrived was an interesting situation. Luckily Thailand has thousands of 7-Eleven stores and thankfully there was one here for a safe bet if you wanted something small to eat. But you do need a decent meal for dinner and for this you need to attempt buying food in the local market. I guess when you're thrown in at the deep end you're more inclined to learn a language - either that or just keep eating toasted sandwiches.” 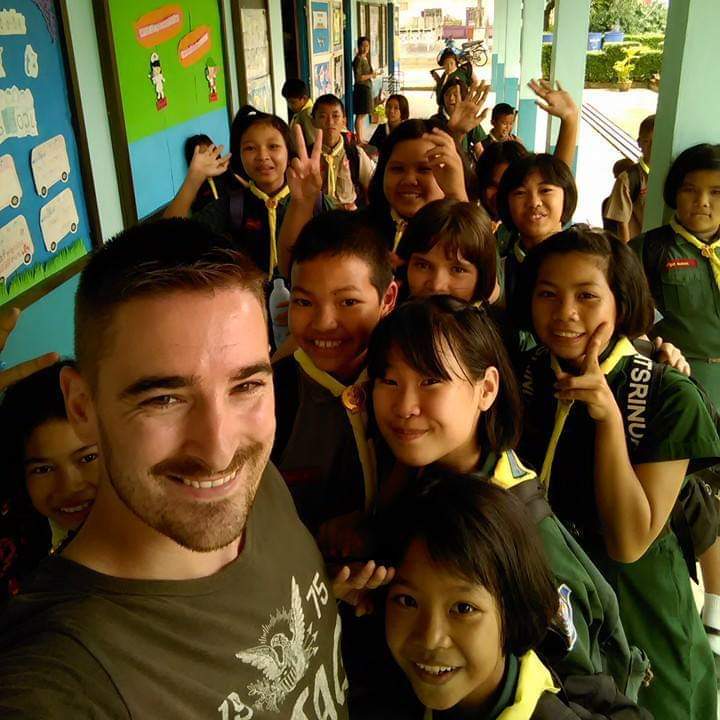 After an “amazing time” in remote Thailand, Brian opted for the bright lights of Bangkok. He says the capital was like “arriving on a new planet”, continuing: “Having been to some of the world’s largest cities like Shanghai and Tokyo still didn’t prepare me for what was to come. It truly is the city that never sleeps.” 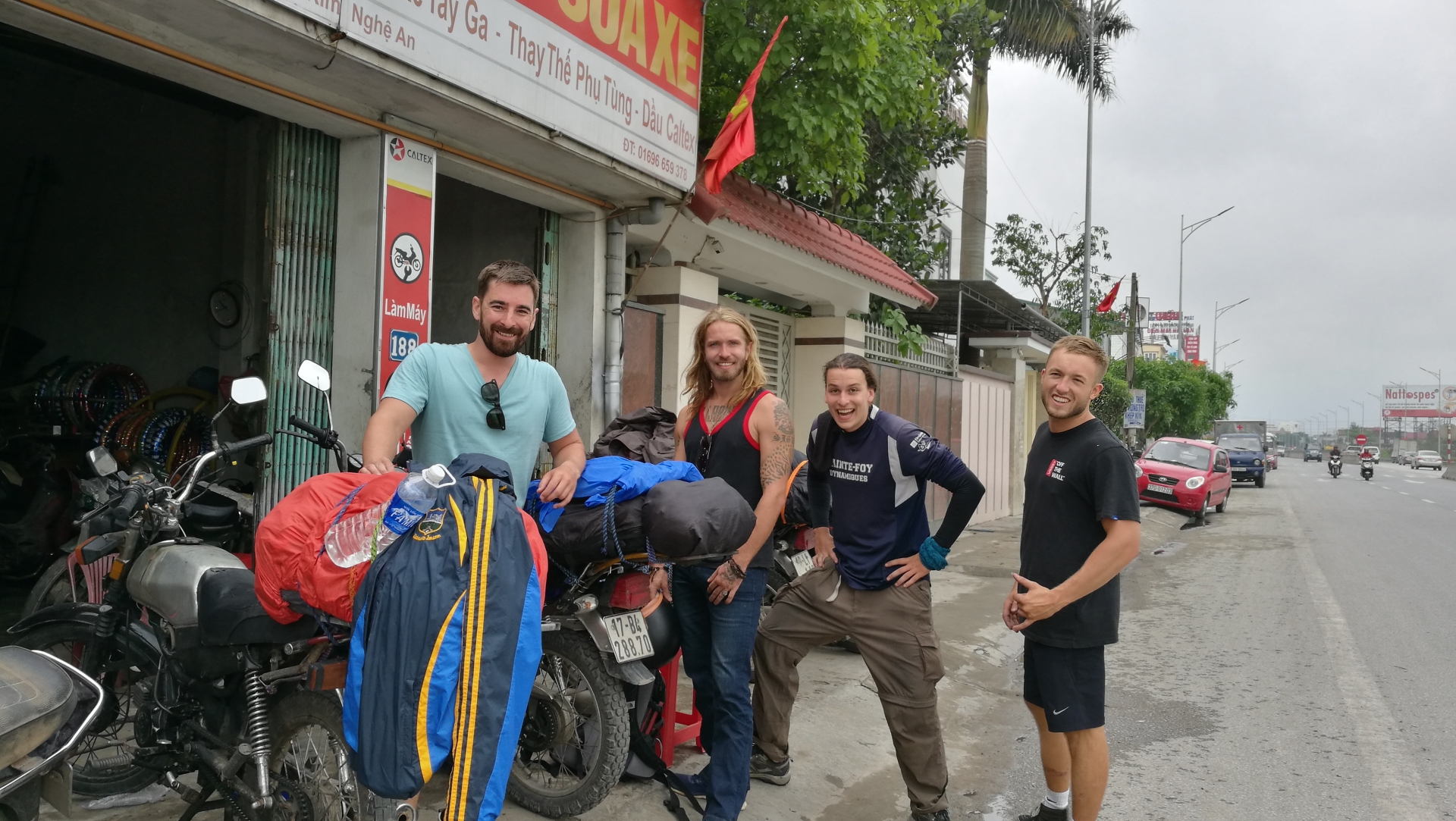 Brian joined Thailand GAA, relishing the “incredible experience” of togging out with both Irish expats and players from more than 20 different nationalities. “I’ve never met a friendlier and more welcoming group of people to this day,” he smiles.

“Bangkok and Thailand will always have a special place in my heart. The friends I made were the salt of the earth, the country and culture were amazing, and the food was out of this world, especially the street food.” 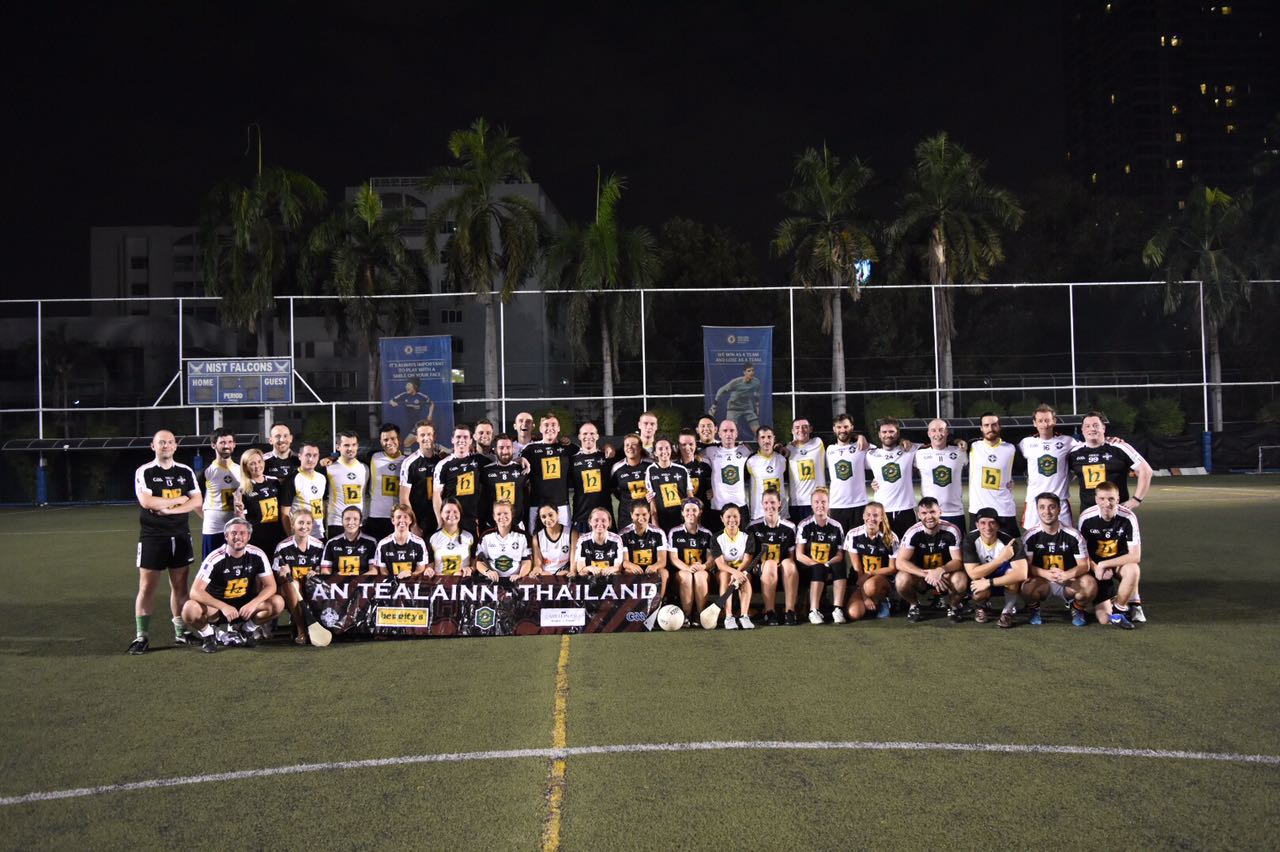 'Playing with Thailand GAA was incredible'

After three-and-a-half years in Thailand, Brian boarded a plane for New Zealand. He travelled from Auckland to Wellington, before returning to his trade and securing a job as an electrical drafter. “New Zealand is a beautiful country with some stunning scenery and really nice people. A lot of people you meet are Irish descendants who love to talk to you. I drove the length and breadth of the country twice over in my 15 months there and enjoyed it.

“But I can’t say that I completely enjoyed living there and I wouldn’t have lasted the duration of my first visa only for the friends I made. I felt New Zealand was way behind the times. The towns and villages you pass through are like something out of old country and western films. It certainly wasn’t what I was expecting, but it’s a great place for adrenaline junkies and those who love the great outdoors. Ireland beats it hands down - all we’re missing is the bungee jumps and a couple of glaciers.”

Brian moved to Sydney last Christmas before embarking on a trip to Melbourne, where he is currently job hunting and planning to join a local GAA club. He says living on different continents has broadened his mind and made him more cultured. “My only regret is not having moved abroad sooner. I went back to Clonmel for my dad’s 60th birthday recently and it reminded me that life at home is the same. I’m still enjoying visiting new countries and experiencing new cultures. I will move back to Ireland one day but I don’t know when. Home is where the heart is.” 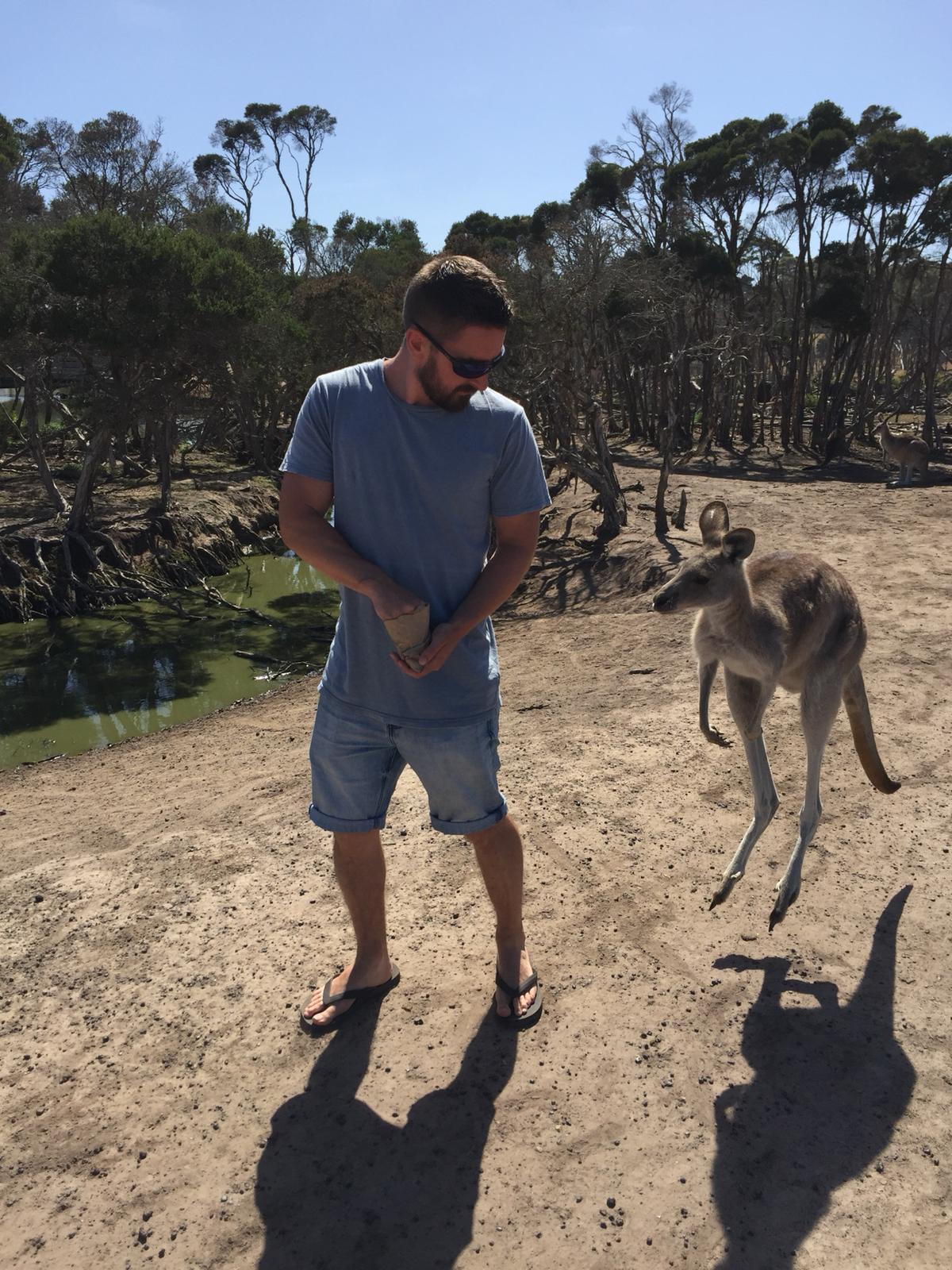 Brian mixing with the locals Down Under

Brian had a career, a car, a house and two loans before he left Ireland. “I didn't have to do it because of the economic downturn or because I fell out of love with Ireland - I just wanted to travel. When the time rolled around to say goodbye to friends and especially my family, it was the hardest thing I ever had to do.

“Everything I own now I put in my bags and simply move on to the next destination or do whatever I want. I’m not as materialistic as I once was and life is too short to just flitter it away. I would encourage everyone back home to go and see the world. It really is a big, amazing place outside of Clonmel, Tipperary and Ireland,” he adds. 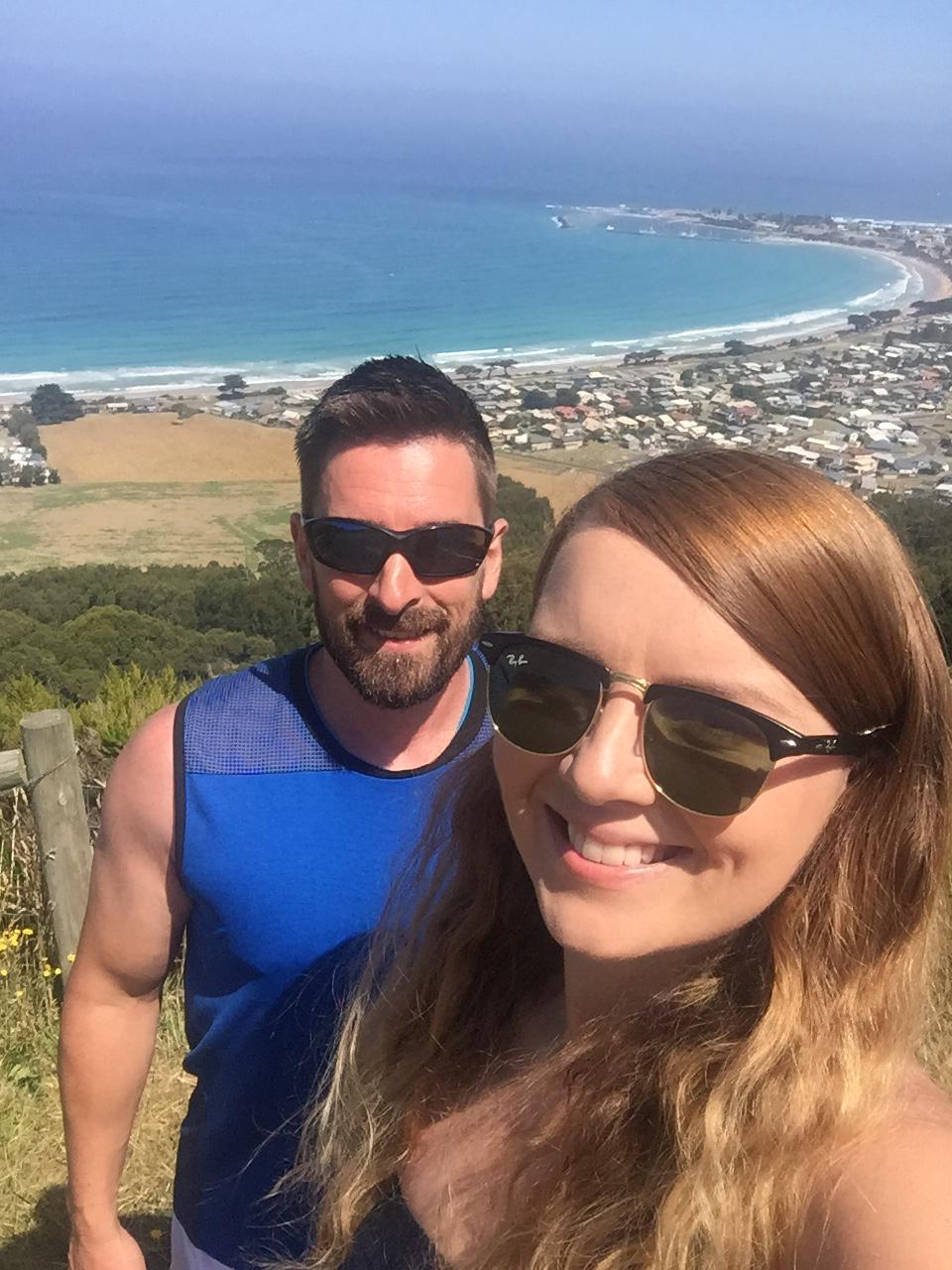 Brian sightseeing with his partner Kim