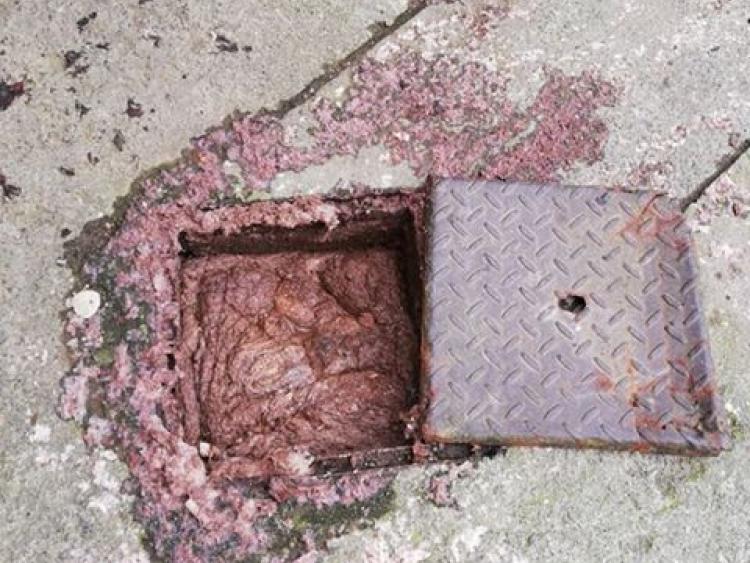 Raw sewage flowing into the back garden of a Carrick-on-Suir, County Tipperary, residence

Cllr Andy Moloney said raw sewage was flowing down the main street in Cahir on March 24 for over 20 hours before workers came onsite to fix the issue. “It was flowing down the street in front of the bus stop and in front of people at 12.30pm [on March 24]. The sewage was still flowing down the street at 7.30pm and the town was full of tourists and people walking around the place. It was 8am Monday morning before we had services onsite and all it took was a small rod to free it. I would have done it myself only I couldn’t open the manhole cover.

“Four times I contacted Irish Water over the breakdown in communication. I want an assurance from the council that there is a backup plan for the summer because it is a total disgrace. People standing waiting to get the bus to Dublin with raw sewage flowing down in front of them in a tourist town. We have busted a gut to try and increase tourism in Cahir over the years.

“We accept what Irish Water is doing for us, but there is a serious breakdown in communication,” Cllr Moloney added.

Cllr Dunne called for representatives from Irish Water to attend Tipperary County Council meetings and address the concerns being raised by the public. “Irish Water needs to be held to account by the public and the media. The staff in the call centre down in Cork are the best in the world. They are not getting the best wages but they do their best. Whatever happens from there, we need answers to. We need to find out what is the problem and the reason for the delays.

“I call for Irish Water to be disbanded and put back in the hands of the council. It was a better service, and I fear for the day the council has no active part in the water and sewage services for the people of Tipperary,” Cllr Dunne added.

Clonmel Fianna Fáil councillor Siobhan Ambrose said Irish Water won’t send out tankers until 24 hours have passed without water. “Areas on the Cashel and Fethard roads are very highly-populated with young families and it’s very difficult to tell people they will be without water for 24 hours. Children can’t get washed. That policy needs to be reviewed, particularly in places where there are planned works to stop people becoming exasperated,” she said.

Fianna Fáil’s Cllr Sean Ryan said Ballysloe and Gortnahoe experience regular water outages over burst pipes, particularly during cold weather. “The problem is if you have an issue and you ring the public line over the bank holiday weekend. A constituent of mine had a serious issue recently and when I rang Irish Water they refused to take a representation from me,” he said.

Cloneen Fine Gael councillor Mark Fitzgerald said Friarsfield estate in Fethard has issues with wastewater drainage that has been reported to Irish Water but has not been resolved.

Clonmel Sinn Féin councillor Catherine Carey said parts of Clonmel were left without water for eight days last year. She also called for Irish Water to be disbanded, citing communication as a “huge problem”. She highlighted that a local man with cancer recently came out of hospital to find his house surrounded by raw sewage. “His immune system is on the floor. I tried for hours to sort it and it still hasn't been resolved,” she added.

Cllr Pat English expressed concerns over plans to decommission the water treatment plants at Glenary and Poulavanogue, leaving just the River Suir as the single raw water source for Clonmel. He said the council is putting “all its eggs in one basket” and leaving the water supply “wide open to contamination”.

Council management responded to Cllr English’s concerns, underlining that there are  capacity, safety and security issues with Glenary and Poulavanogue. “They are not very suitable for this growing, ambitious developing town." The new source is “the way to go” and will meet standards set across Europe.

Management also said that in the case of a water issue out of hours, Irish Water makes the decision on whether it warrants immediate attention. If it does, they contact council staff who are then mobilised to address the issue. “There are appropriate water services staff on call every weekend throughout the entire county. They will investigate the matter and mobilise the necessary responses, whether it is a burst main or a sewage issue.”