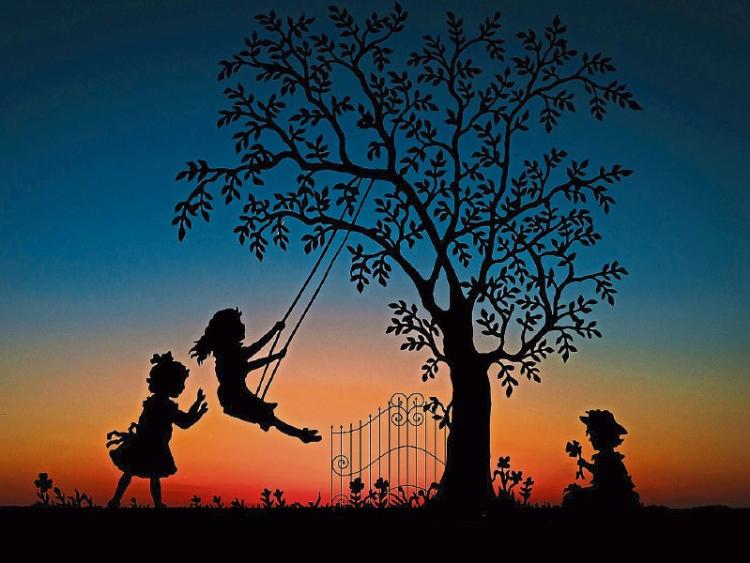 In old medieval maps, areas which had not been explored and were unknown, were marked with the warning: “Here be Dragons.”

Today’s dragons come from a self-appointed so-called liberal elite which imposes a sordid guilt on some of the most innocent of human activities, and which has evolved its own taboos on the use of language.

Take the experience of my friend! While enjoying an afternoon stroll last October she noticed a particularly beautiful tree, splendid in the colours of a particularly colourful autumn. She thought it would make a reassuring picture to look at during the dark days of winter. As she focused her camera, another passing friend touched her on the shoulder and whispered in her ear: “That could be misconstrued!” They both laughed, and then, she said: “the laughing stopped.”

She had not realised that the tree overlooked a children’s playground, where several children were shrieking in happy play.

“Now if I were a man,” she said, “can you imagine the conclusions that might be reached, if, instead of taking a photograph of the trees, he might be wrongly perceived as photographing the children.”

Her experience was echoed in an article written by the distinguished author, Aidan Mathews (Three Trimesters Later - Reflections on a Referendum) in the March issue of The Furrow. He and his wife were strolling on a sunny day on Dun Laoghaire pier when they saw a little girl “standing on a bollard in her Holy Communion dress and a crown of freesia, that I wanted to handsel, if anyone recalls that quaint expression out of the Dublin tenements.” I personally recall the word “handsel”: my mother used it when she gave a few pence to children.

Aidan Mathews, continues and I quote: “My wife said: ‘You can give her money, but don’t touch her, for Christ’s sake’.”

The experience reminded him of yet another prohibition and yet another warning, this time from his daughter. He was walking in Herbert Park, where he stopped “to look at children shrieking on the swings.”

“Dad,” said his daughter, “if you don’t come on, the au pairs will be ringing for the police.”

Have we lost all our sense of balance? Why have the most innocent, ordinary human responses to innocent ordinary human behaviour, become so suspect? In our public reactions to the scandals of the abuse of children, have we forgotten that the vast, vast majority of people are decent and charitable and well-meaning and law-abiding? They are not criminals nor sex-deviants, nor child-molesters. While some, a tiny minority, may be, does that justify placing a blanket ban on simple gestures, like a touch of the hand? And is it, in practice, not discriminatory of at least half the human race - men?

Whatever it is, it has now evolved its own code of behaviour and its own language. Out here, in modern Dragon-land, one has to be careful not to express a view, or make a comment, that might be interpreted as sexist, or racist or critical of a perceived minority. The dragons are ready to pounce with their fangs. It is a code that is now even encroaching on our educational system.

For instance, I understand that consideration is currently being given to the exclusion of Othello from the secondary school curriculum. While, once upon a time we were infamous in Ireland for the rigours of our censorship, it seems that Shakespeare may now be threatened with inclusion on our list of banned books. Why has Othello, that classical study of the extremes of human passion, become so suspect? It seems that because he was a Moor the play might encourage racism. If Othello is proscribed, can the Merchant of Venice be far behind?

That study of greed and ambition could be interpreted as anti-Semitic. And since all the great classics of literature explore the complexities of human existence, is there anything left that cannot be perceived as offending against some minority?

But long before secondary school, it seems that children will have to be protected against possible discrimination. “Tá Mamaí sa chistin agus tá Daidí ag obair” have already been banished from junior Irish textbooks, since Mamaí has had to leave the kitchen and is now “ag obair.” However, young teachers in training are now being told to avoid the age-old diminutives for Mother and Father - Mammy and Daddy. They must instead talk about “your parents” so as not to offend children who may have two mammies or two daddies.

For those of us who scribble, there is now a growing list of words that cannot be used. They are vetoed, interdicted, and the editors have to exclude them from a script before the pursuing dragons make them into “an issue.” The most recent forbidden word which I heard was “brainstorming,” which my dictionary tells me means “an intensive discussion to solve a problem,” but which the dragon-language now says can be used as an adverse comment on those who suffer from mental illness.

There is, of course, already a strong and growing reaction to this imposition of codes of behaviour and of language; imposed by an apparently liberal minority on the vast majority of ordinary people. Unfortunately, it is a worrying and simplistic reaction. It is the emergence of right-wing opinion, which may be contributed to Brexit in Britain and certainly to the election of Donald Trump in the United States. For most of the rest of us, it is the annoying tail that is wagging the rather stupid dog.