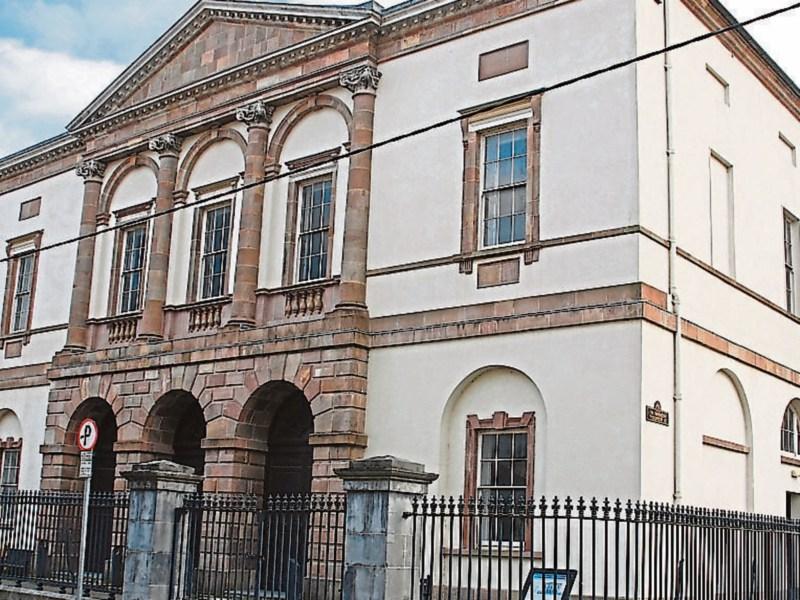 But the incident was witnessed by an eagle-eyed garda detective, whose intervention resulted in the two culprits Shane O'Donoghue (27) of 1 Coolanave, Mitchelstown and Eddie D'Arcy (24) of 30 William Street, Clonmel being arrested and charged with robbery.

Both men pleaded guilty at Clonmel Circuit Court's latest session to committing the robbery at Parnell Street, Clonmel on June 2, 2017.

The court heard the three youths were the victims of mistaken identity as Shane O'Donoghue wrongly accused one of them of owing money for a drugs transaction.

Outlining the evidence, Sgt. Kieran O'Regan said Det. Garda Patrick O'Gorman was on a meal break at 7pm that day and was walking towards Subway on Parnell Street in Clonmel when he saw Eddie D'Arcy and Shane O'Donoghue walking  on the opposite side of the street.

Shane O'Donoghue appeared to be focused on three males standing outside  Subway. He lifted up his sunglasses to get a better look at them and then approached them. Both defendants appeared to be intoxicated.

Sgt. O'Regan said Det. O'Gorman observed what was going on from Subway. Shane O'Donoghue appeared to be speaking to the three youths.

Eddie D'Arcy placed his hand on O'Donoghue's shoulder and gestured to him to leave but he refused and continued to speak to them.  Mr O'Donoghue appeared to be  aggressive and confrontational.

The three teenagers Jack Harney, Conal Kennedy and Jake Flannery attempted to walk away but he stepped in front of them to prevent them doing so.

The youths looked fearful.  Jack Harney appeared to be the main focus of Shane O'Donoghue's attention.

The detective then saw Conal Kennedy remove his wallet, take some cash and and pass it to Mr O'Donoghue.

Det. Gda. O'Gorman intervened and requested to know why Mr O'Donoghue received money.  The three teenagers declined to make any comment and the detective directed Mr O'Donoghue and Mr D'Arcy to leave the area. Mr O'Donoghue was reluctant to comply but was assisted to leave by Eddie D'Arcy.

After the defendants walked away, Det. O'Gorman approached the teenagers and asked them if they wished to speak to him and invited them to contact the garda station. They appeared reluctant and walked away.

He returned to Clonmel Garda Station and within a few minutes the three youths arrived in the company of Conal Kennedy's mother Tina.  They told him the defendants  were completely unknown to them.

They said O'Donoghue threatened to break Jack Harney's jaw if he didn't give him money. Shane O'Donoghue accused him of owing money for drugs received from James Hawkins. They handed over €25 to the defendants out of fear.

"They were adamant they had never bought or taken any drugs or had any dealings with James Hawkins, Shane O'Donoghue or Eddie D'Arcy.  The three youths are not known to the gardai, "Sgt. O'Regan pointed out.

Sgt. O'Regan read victim impact statements prepared by Conal Kennedy and Jack Harney to the court.  Both victims didn't accept the apologies they received from Mr O'Donoghue and Mr D'Arcy.

In his statement, Conal Kennedy said he avoided hanging around in the street if he was out socialising since this incident. He always felt he had to be on his guard. He didn't go into Clonmel as much as he used to for fear of running into the two men again.

Jack Harney said €10 cash was stolen from him that day. He was extremely nervous since the robbery and tried not to make eye contact with people. He was afraid of meeting the defendants again in Clonmel and had to force himself to go into Clonmel town now and again.

He expressed a wish that the two defendants be sent to prison for a short while to deter them from robbing people again. "I was minding my own business with friends. We were just in the wrong place at the wrong time,” he said.

Mr Harney added that they were lucky Det. O'Gorman saw what was going on.

Shane O'Donoghue and Eddie D'Arcy gave undertakings to the court to stay away from the three injured parties and pledged they had nothing to fear from them in the future.

Barrister Mary O'Dwyer BL, representing Eddie D'Arcy, said her client never intended to rob anyone that day and didn't threaten anyone. He regretted he didn't just walk away from the situation.

However he did attempt to diffuse it on three separate occasions. He tried to get Shane O'Donoghue away because he didn't want Mr O'Donoghue to assault the young man.

When asked why he stepped in between Mr O'Donoghue and the youths, her client replied that he wanted to calm the situation down because he knew the boys didn't owe money. He had never seen them before. When Det. O'Gorman directed them to leave the area, her client pulled Mr O'Donoghue away and assisted him to leave.

Sgt. O'Regan accepted her assertion that Mr D'Arcy didn't understand why Mr O'Donoghue approached the youths until he started demanding money from them. He also agreed Mr D'Arcy didn't threaten the boys.

She pointed out her client was aware he was under a suspended jail sentence at the time  so he didn't want trouble. He wanted to get away.

Ms O'Dwyer explained her client's drug abuse difficulties were prevalent at the time of this incident and he was fraternising with people involved in drugs. He took ten Xanax tablets that day.

He acknowledged the victims were young people who couldn't have owed money to Mr O'Donoghue and he had told her he would never deliberately intimidate people of this age.

She pointed out that he apologised to the victims at a very early stage.

He removed himself from the people he was involved with in Clonmel and was now living in Cahir with his father and had taken up work. He also underwent residential treatment for addiction at Aiseiri and was now drug free.

The barrister added that Mr D'Arcy apologised at a very early stage to the victims and was now a very different member of society.

Shane O'Donoghue told the court several times he was ashamed of his behaviour.

"There is no excuse. I shouldn't have done it. I want to apologise to the judge, the court and the young fellows in question and their families. I was under a lot of strain at the time. I went down the wrong road and started mixing with the wrong group. "

Mr O'Donoghue added that he was going through a very bad patch at the time and under a lot of stress, which he tried to escape from through abusing drugs and alcohol.

"I wrote two letters of apology two weeks after the incident. When I woke up after coming down from the drugs, I said ' that is it'. I felt ashamed and disgusted. it was totally out of character. I said I need to change myself.

"I don't want to be a bad person to society. I am not a violent person. I would like to consider myself when sober to be kind hearted and generous," he added.

Mr O'Donoghue also said he underwent treatment for his addiction problems at Aiseiri and Cuan Mhuire in Bruree. He was trying his best to get his act together and stay away from the people he previously hung around with.

He reiterated that the victims had nothing to fear from him and pointed out he wouldn't even recognise them if he met them.

Defence barrister Frank Quirke BL noted the apology Mr O'Donoghue sent to the victims highlighted he had no excuse for his behaviour and explained he mistook the victims for others.  His client's apology also stressed he was not violent and didn't intend to assault anyone. Mr O'Donoghue hadn't any previous convictions for violent behaviour.

Mr Quirke said his client's behaviour that day was indicative of drug and alcohol abuse but he seemed to have taken some significant steps to tackle these problems.

The barrister submitted letters to the court from a clinical psychologist, the substance misuse services and from a priest, who indicated he was supporting Mr O'Donoghue's efforts to improve his life.

Judge Tom Teehan said this was a very serious incident. At least two of the three young men accosted by the defendants suffered profound psychological effects, which may be life long.

"It's to be hoped that after today they will recover fully in time. It's difficult to overstate how traumatic it is to be a victim of robbery.

The Judge noted Mr D'Arcy not only had a previous conviction for robbery but consumed a substantial amount of illicit drugs on the day of the offence, which was in breach of the terms of his suspended jail sentence. However, he accepted Mr D'Arcy's level of criminality in this incident was considerably less than Mr O'Donoghue's and he had tried to diffuse a very tense situation.

He took into account the defendants' guilty pleas, apologies and the fact both men had children and families devoted to them.

He  suspended the final four years of the six year jail term he imposed on Shane O'Donoghue on condition the defendant entered into a bond to keep the peace and be of good behavious and engage with the Probation Service.

The Judge said he was suspending the two year jail sentence he imposed on Eddie D'Arcy with "considerable hesitation".

He did so on condition the defendant entered into a bond to keep the peace and abstain from consuming alcohol and illegal drugs during that two year period.

Judge Teehan decided not to activate the suspended prison sentence  hanging over Mr D'Arcy when he committed the robbery in view of the fact he was now in employment.