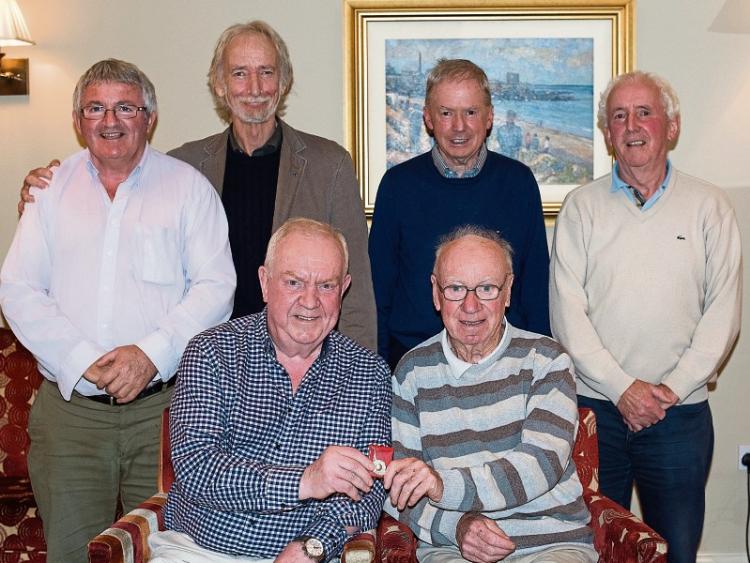 There was a proud moment recently for well-known Clonmel based Mike Ross-Lonergan when he finally got his hands on a South Kerry senior football medal he had won 50 years previously.

Tralee-born Mike picked up his medal at a club reunion to mark the golden anniversary of St Mary’s (Cahersiveen) victory over Skellig Rangers in the South Kerry divisional final of 1969 and he was delighted to put the medal in his ‘back pocket’ after such a long wait.

Mike arrived in Cahersiveen as a young teenager after his late father - who hailed from Clogheen - was appointed as bank manager in the town.

He attended the local CBS  Secondary School making his way on to the school team and also joined the local GAA club, St Mary’s, incidentally the same club as household Kerry footballers such as  Jack O’Shea, Maurice Fitzgerald, Bryan Sheehan and many others.

During his time in secondary school, coincidentally now in retrospect, Cahersiveen met Clonmel High School in a Munster ‘B’ Colleges final played at Millstreet where the Clonmel side, including the likes of Jimmy Harney, Jimmy Burke, Maurice Slater and Eamon Bradshaw came out on top.

Before long Mike was challenging for a place on the St Mary’s senior side and was corner-back the day they beat the Port Magee side in the final.

However Mike and his family had moved from Cahersiveen before the medals were presented.

When Cahersiveen man Christy O’Connell  was researching the club history last year he discovered that Mike Lonergan had never received his medal and with the golden jubilee just around the corner it was decided that a special presentation would be arranged. And so Mike, along with teammate Johnny O’Connell, a retired County Council engineer who has been based in Clonmel since the late 1970s, headed back to south Kerry to catch up with former clubmates and a great night was had by all.