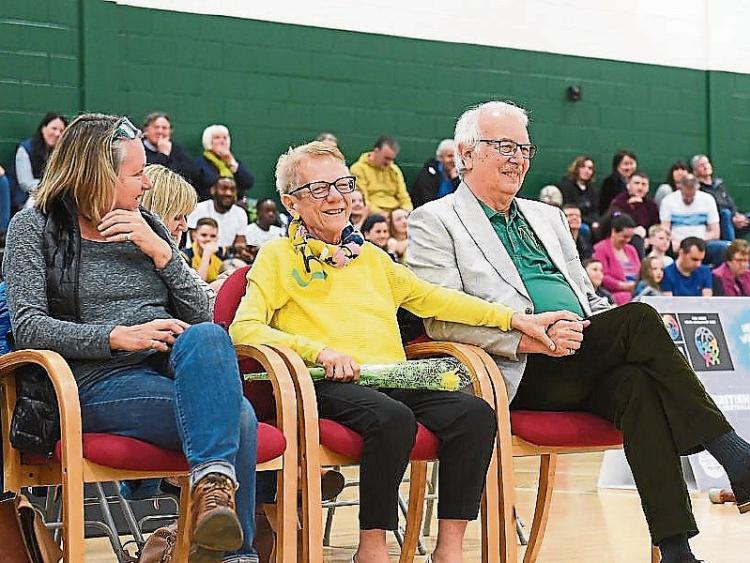 Former English basketball player and manager Pauline Prior (centre), whose parents emigrated from Clonmel in the 1950s, died recently in Nottingham

Pauline Prior, who died recently in Nottingham, England, at the age of 65, was a very well-known figure in English basketball.

She served as England team manager at senior and youth levels for more than ten years, among  many other achievements in the sport.

Pauline’s parents, Elsie Dennehy from O’Neill Street and Joe Joe Condon from Irishtown, emigrated to Nottingham from Clonmel in the early 1950s.

She still has relations in Clonmel, who include her first cousin Cllr. Niall Dennehy.

A founding member of Nottingham Wildcats, Pauline enjoyed a successful 16-year career with the club, playing 219 league games, having made her debut in 1976. She eventually accumulated a massive 2,225 points.

She played for England at U-17 and U-19 level, and was crowned the most valuable player in the FIBA European Cup Winners Cup in 1983 when playing for Nottingham Wildcats against  Villeurbanne.

When her playing days ended she coached many of the club’s youth teams. She developed the club in other aspects too, not least in her role as administrator and as a driving force behind the transformational decision to raise the money needed to deliver its biggest-ever success, the construction of the Wildcats’ Arena.