Two Tipperary projects were commissioned by the panel 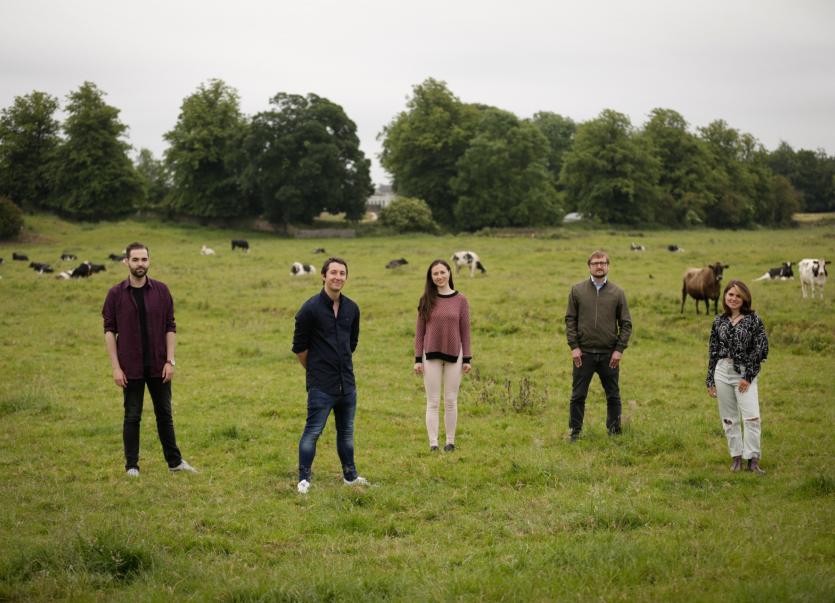 The team of 'Conviction' and 'First Date'

ENGINE shorts, a short film development and production scheme for emerging film talent in Limerick, Tipperary and Clare has announced the six winning teams from the region.

A judging panel consisting of Limerick native and Academy Award nominee Ruth Negga, IFTA winning actor and writer Clare Dunne and Element Pictures producer Juliette Bonass selected the 6 winning projects following an online pitch event. Each of the teams will now receive €12,500 in funding and further training and support to produce their project in the region.

Commenting on the pitch event, producer and panel member Juliette Bonass said; “I was astounded at how confident, competent, intelligent and talented they all were. A massive difference from when I was growing up - that's for sure! A new fantastic and committed generation.”

Paul C. Ryan from Film in Limerick said “We are delighted to announce the six funded ENGINE Shorts teams. From 131 applications sent in and 15 teams shortlisted - It’s been great to see the journey that the teams have taken over recent months in developing their projects. Everyone has worked so hard and the standard has been just phenomenal. We look forward to seeing the films playing on the big screen internationally and firmly putting Mid-West film talent on the map.”

Two Tipperary projects were commissioned by the panel.

'First Date’ tells the story of a lonely farmer who goes to desperate measures to deny her daughter’s chances of a pleasurable first date. Written by Aine Ryan, directed by Clara Planells and produced by Pete Moles, “First date” which will be filmed on location in and around the Upperchurch area.

Writer Aine Ryan said; “I’m so excited to get to film 'First Date' in Tipperary. I love the landscape around here. It has so much character and is bursting with stories to be told.”

Director Clara Planells said; “It feels amazing to be a commissioned team, like one of those good dreams you don't want to wake up from. For me it represents a great opportunity to be able to do what I am passionate about as a profession. What excites me the most is being on set and specifically in the moment where the magic happens when we say action.”

‘Conviction’ by writer/director Jack Reardon and producer Eanna Grogan tells the story or a young woman who decides to become a nun. Adamant that she has found her true calling, all that remains is to reveal her life changing plans to her friends. Conviction will be filmed in the Clonmel area.

Producer Eanna Grogan said; "I’m proud to be one of the first recipients of this award and grateful to be able to make this film in my home county. I love Tipperary. Its landscape and people are a beautiful mix of the old and new”.

Writer/Director Jack Reardon said; “Being awarded the funding was the seal of approval we were longing for. It will allow us to bring our script to life and hopefully strike a chord with audiences. So many films made in Ireland or about Ireland focus on the same locations - there is a huge section of the map missing from Irish cinema. The Mid-West is glorious and to showcase our home county feels very special”.

Commissioned teams will now receive further industry training as they prepare for production. Filming will then begin from next month with the completed films delivered in the autumn ready for distribution to film festivals internationally.

The Engine Shorts initiative is run by Innovate Limerick through Film in Limerick, and is a partnership between the Local Authorities in Tipperary, Limerick and Clare, and Limerick and Clare Education and Training Board. The new scheme aims to inspire and support up-and-coming writers, directors and producers to create inspiring, engaging world-class short films that resonate with a wide international audience.