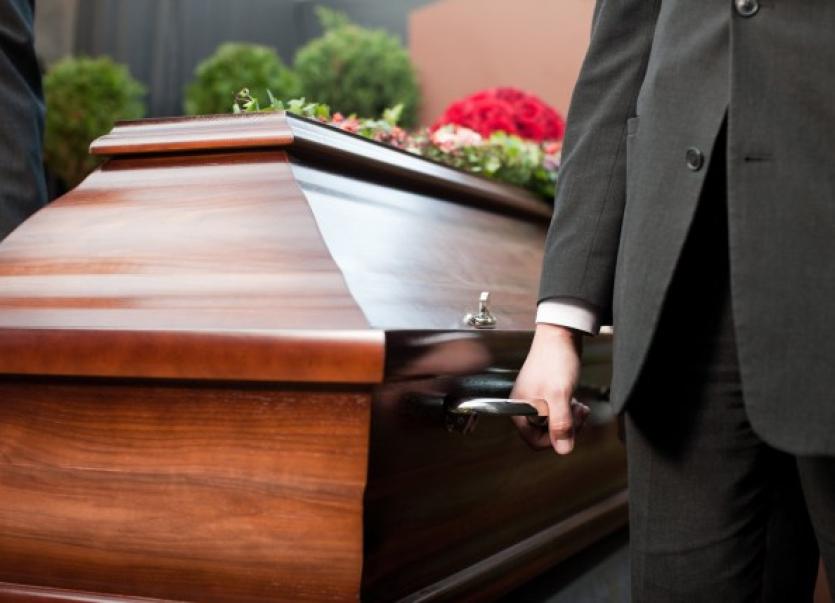 “I could not believe what I was seeing. There were about fifty cars parked along the roadside."

A funeral which took place this week in a parish outside Thurles, saw a large gathering of mourners and sympathisers, and has raised serious concerns.

Gardai were three times contacted about the large gathering, which took place following the imposition of Level 5 Covid-19 restrictions, but they failed to attend, much to the annoyance of the complainant who said that people need to get serious about their behaviour if the virus is to be beaten.

“I could not believe what I was seeing. There were about fifty cars parked along the roadside and I very respectfully approached an organiser and told them that this was not acceptable during the lockdown. I didn't get a great reception and I didn't wish to make a big issue of it because it was a funeral and people were obviously in mourning. But these kind of gatherings are not permitted for a reason and if we want to stop the spread of the virus, we have to adhere to the guidelines which are being put before us,” a concerned caller said today.

Almost 1,900 people have died in Ireland from Covid-19 with approximately 54,000 having tested positive since March. And, based on the numbers as they were presenting prior to the lockdown, a figure of 3,900 deaths were being predicted by February 2021 if the curve continued on the upward spiral.

Ireland is not faring well on the global scene either with approximately 380 per 1 million population and our caller is particularly concerned that the lockdown is not being treated seriously enough.

“We all have to look out for each other if we want to tackle this virus but at the moment I don't see that happening. There is a nod and a wink culture going on here - 'you are not allowed to do this, but sure work away and you'll be grand'. That's just not on and people need to get serious about this,” our caller said.

While the rate in Tipperary has been pretty low - in fact Tipp has been bottom of the league table for a few weeks now - our caller saying that complacency cannot be allowed to set in.

“Yes, the figures in Tipperary are low, but it will only take a few people acting irresponsibly for the numbers to rise very quickly. Imagine how mourners would feel if they suddenly discovered that people in attendance at their funeral ended up being positive because they went to pay their respects. I don't think that is really paying respect to the dead - I understand that people wish to go along and sympathise, but people have to be sensible and at the moment I don't see that happening.
“I hope that people might take this message on board going forward because this is just too serious to be ignoring the warning,” the caller said.

Note: We have purposely not identified the location of the funeral out of respect for the grieving family.