Defendant brought to hospital by ambulance 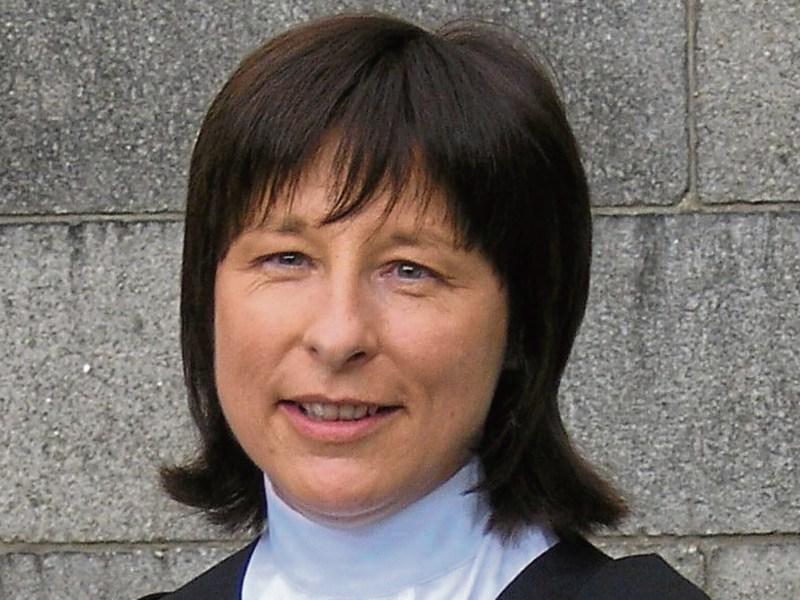 Judge Elizabeth MacGrath: ordered man who waved a knife at gardaí to carry out community service

A man who was brought to Nenagh Garda station following a disturbance had to be transferred to hospital suffering from chest pains, Nenagh Court was told.

Anthony Pratt of Ballyvillane, Nenagh, pleaded to being intoxicated in public, threatening, abusive and insulting behaviour and posession of an offensive weapon at Ballyvillane halting site on April 4, 2019.

He also pleaded to criminal damage at the halting site on June 4, 2018, but is disputing paying compensation to Tipperary County Council.

The court heard that on April 3, the gardaí observed an altercation at the halting site.

Mr Pratt was intoxicated and told the gardaí to “f*** off”.

He was observed waving a knife in their direction and threw the knife away as he ran from the scene.

Mr Pratt was subsequently brought to Nenagh Garda station where he complained of chest pains and was transferred by ambulance to hospital.

In relation to the criminal damage charge, Mr Pratt caused €1,100 worth of damage to windows on the site but, the court heard, was disputing having to pay compensation to the council as he jad made good the damage himself.

The council was out of pocket by €1,100 because they had contracted a supplier to repair the damage, the court heard.

Judge Elizabeth MacGrath ordered that the council come to court on April 3, 2020, and explain the situation to her.

In relation to the public order charges, Mr McCarthy said that his client had been a “drunken state”.

Mr Pratt had taken steps to deal with his problem and was attending AA meetings, which he would continue to attend, said Mr McCarthy.

He said the knife “may have been a kitchen knife and he did drop the knife and ran from the scene”.

He said Mr Pratt had a history of ill health and, in fairness, the gardai called an ambulance.

Mr MCarthy said that Mr Pratt was married with six children with a seventh on the way.

Judge MacGrath fined Mr Pratt €200 for threatening, abusive and insulting behaviour and took the charge of being intoxicated into account.

She ordered that he carry out 80 hours of community service in lieu of two months for possession of an offensive weapon.