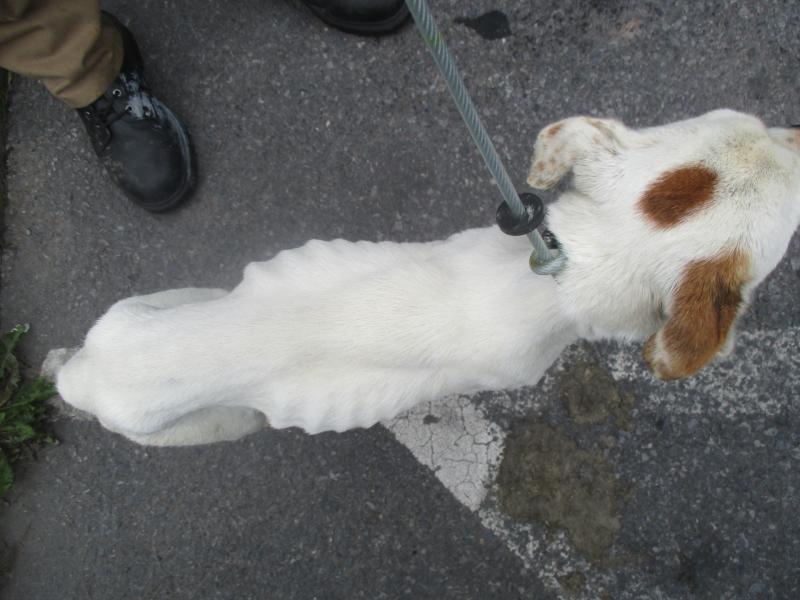 Female terrier Millie after she was rescued

Conor McGrath of Lismalin, Mullinahone was charged with offences under the Animal Health and Welfare Act 2013.

On August 21, 2019, Mr McGrath kept the white and tan terrier in a manner that did not safeguard the health and welfare of the dog. He caused unnecessary suffering to the dog, and failed to provide a quantity of suitable and wholesome food sufficient to satisfy the reasonable requirements of the dog in his possession.

Barrister William Maher told the court that the five-year-old terrier came to the attention of the ISPCA in August 2019 when contacted by the dog’s former owner Paul O’Neill, who had rehomed the dog with the accused. Mr O’Neill had spotted the dog outside Mr McGrath’s property in a “poor state” with “bones visible”, said the barrister. Mr O’Neill brought her home and alerted the ISPCA.

The dog, who was suffering from malnutrition, was brought to Suirside Veterinary Clinic for treatment. Now under the ownership of Mr O’Neill, she is in good health.

Defence solicitor Aidan Leahy said the dog in question had puppies that didn’t survive. He said Mr McGrath suffered from anxiety and depression, and that he was on a payment from the Department of Social Protection.

The solicitor added that Mr McGrath was getting food from the local butchers for his dogs, and that his other dogs are in good condition.