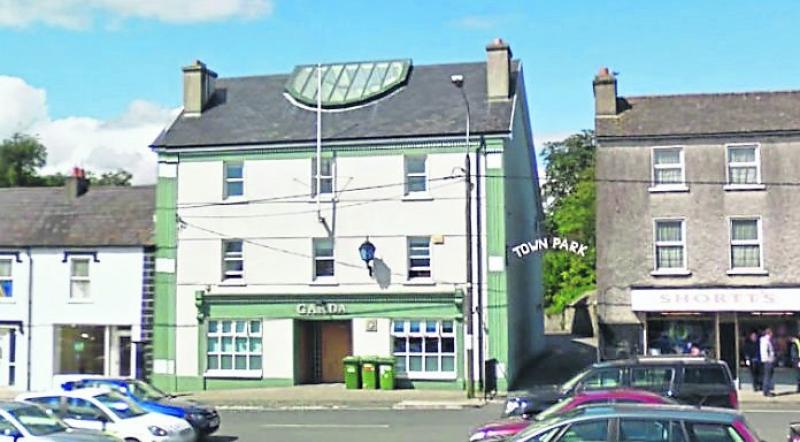 A Templemore man who beat his girlfriend around the head after demanding sex from her, was convicted of assault causing harm and a bench warrant was issued for his arrest at Thurles District Court.

Jonathan Quinlivan, of 8 McDonagh Terrace, Templemore, did not appear in court before Judge Elizabeth MacGrath in relation to a charge of assault causing harm on his then partner, on April 11, 2020, in Templemore.

The exact location of the incident cannot be published for legal reasons to protect the identity of the victim.

The female victim gave evidence from the witness box that she woke up on the morning in question, and turned on the TV to watch Netflix.

She walked over to the TV, and he followed her over, and “cornered” her. “He punched me into the face. I had my hands over my ears. It was non-stop hitting me. I went into the other room.”

She jumped on to the bed to get away from him. Mr Quinlivan picked up a number of small plates and tried to smash them over her. He followed her into the spare room. He went to smash two small plates over her, but they broke and he split his ankle open.

“He said ‘look what you made me do,’” the victim told Judge MacGrath. “I jumped up and ran over to my Mam’s house,” she said. “I felt so small. I could not believe it.”

Insp James White asked the victim to describe the physical size of Mr Quinlivan compared to her. She said she was about “up to his chest” in height.

She said she found it hard to hear in one of her ears for a few weeks afterwards, but her hearing did come back.

Judge MacGrath was shown colour photographs of the victim’s injuries and bruising in court. There were injuries to her ears, “bruising from when he was hitting me.” There was further bruising to her forehead, and an eye.

“He punched me in the face a number of times,” said the victim, as the photos were shown. There was bruising around her head, nose, lips, and a shoulder, “from when he was pushing me against the wall.” There were more injuries to an inner ear, and her jaw.

Insp White asked what Mr Quinlivan was doing with the plates. “He was holding them up getting ready to hit me. A piece went into his foot,” said the victim. At that moment, she thought “this was my chance to get out.”

The victim said she met gardaí that day and made a statement to garda Caroline Brennan, and the photos were taken on the same day as the assault.

There were marks on her knuckles “from holding my hands up when he punched me,” she said. “I was trying to defend myself.”
The victim did not make contact with a doctor in person at the time, as covid restrictions were in place.

Garda Caroline Brennan said she was on duty in Templemore garda station when the victim called in to make a statement, “saying she was after being assaulted.”

Garda Brennan noted the victim’s bruising, and that more bruising appeared on her cheeks during the interview. Garda Brennan met with Jonathan Quinlivan at the same address where the assault took place, and arrested him for assault. Mr Quinlivan “had cut his foot on broken plates” and there was blood on the floor. “She was physically upset and crying. She alleged she had been assaulted a number of times while she was in her bedroom,” said garda Brennan.

Mr Quinlivan was taken to Templemore garda station and garda Declan Kinsella charged him with assault causing harm. “He was present when he was read his rights,” said garda Brennan.

Mr Quinlivan was bleeding, and at 5pm, he was conveyed to Nenagh A&E, where he received stitches to his foot. A doctor gave notice when he was fit to be discharged from hospital. They returned to Templemore garda station at 7.10pm.

Mr Quinlivan was introduced to two gardaí and interviewed.
Garda Brennan told Insp White that Mr Quinlivan was “much taller” than the victim, and “approximately six foot”. He was “not aggressive” when charged.

Mr Morrissey said Mr Quinlivan did contest the version of events at the bail hearing but he is “not here today in court.”
Judge MacGrath said Mr Quinlivan was given an opportunity to appear in court. “I am satisfied to deal with this matter as it stands,” said the Judge.

Judge MacGrath said she was satisfied that the ingredients of the charge were met, and noted the photos taken by garda Brennan, and “the demeanour” of the injured party when she made the complaint at Templemore garda station. Judge MacGrath convicted Mr Quinlivan of assault causing harm.

Judge MacGrath said the victim is entitled to give a victim impact statement and invited the victim to do so in the witness box.
The victim said she was afraid he would come after her again. “Just real afraid.” It was two years ago, and while “I feel better now,” she still feels fear.

Judge MacGrath noted Mr Quinlivan’s previous convictions, and issued a bench warrant to deal with his sentencing. Mr Quinlivan is to be “located and arrested and brought before the court,” said the Judge.