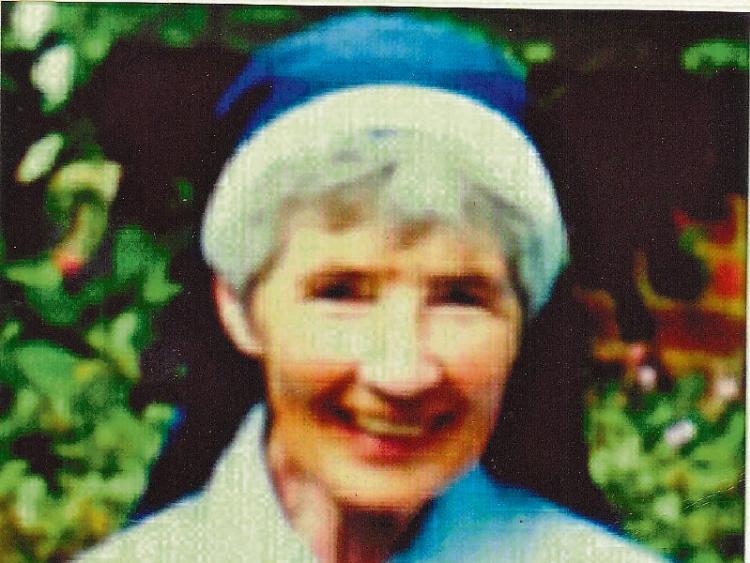 Sr. Gerard, Elizabeth Mockler, was born on July 8th 1932 in Cashel, County Tipperary, the eldest of a family of three with two brothers, Sean and Joe. She grew up in the countryside among friendly neighbours whom she loved.

Sadly Sr. Gerard's father died when she was only five years old. From an early age she developed a great sense of responsibility and a kind and caring interest in people which she put to good use all through her Religious life. She also had a good sense of fun and job, always cheerful, kind and deeply spiritual. She entered the Convent in Midhurst on 20th August 1948, made her First Profession on 6th April 1951 and three years later her Final Profession. Having completed her teacher training, she taught in Midhurst. She was also the Sacristan in the Convent Chapel and Parish Church.

Sister moved to Shoreham in 1966 and taught in St. Peter's School. She loved Shoreham and was loved by her pupils. She also became very involved in the life of the parish and local community, ministering to the housebound and joining the St. Vincent de Paul Society. She also looked after the Convent Boarders and later the residents in the Convent Care Home.

In 2003 the Convent closed in Shoreham and the Sisters returned to Midhurst where Sr. Gerard settled very happily into the larger community. Her dear friends in Shoreham kept in touch with her and sometimes visited Midhurst. She became sacristan once again in Midhurst Parish Church and Convent Chapel and ministered to the housebound and the residents of Rother House Nursing Home. Sister was always a joyful, fun loving and fulfilled Sister of Mercy. She enjoyed music and was even once persuaded to play the Descant recorder on Radio Brighton! This was an an introduction to "Thought for the Day" at Christmas time. So Sr. Gerard really worked tirelessly and gave generously of her time and energies all through her life. May she rest in peace with the Lord.