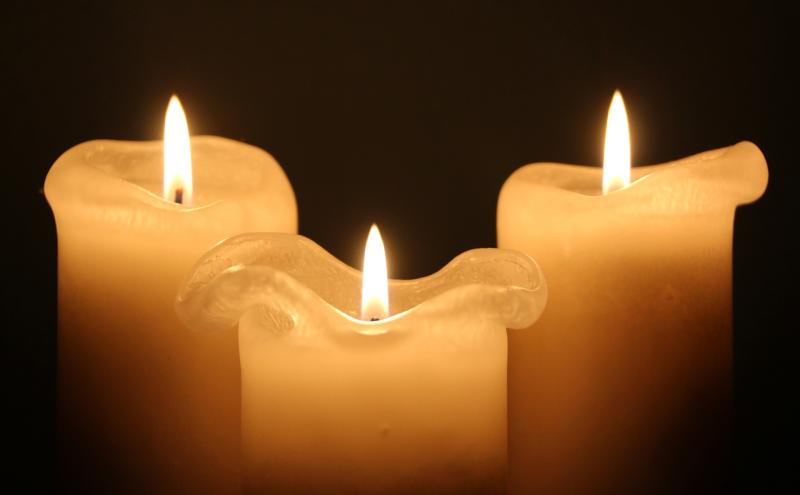 Reposing at Devitt’s Funeral Parlour this Saturday evening from 6pm with Removal at 7.30pm to the Church of the Blessed Sacrament, Golden. Funeral Mass on Sunday at 11am followed by Burial in the adjoining Cemetery.

The death has occurred of T.J O'Brien, Lisboney, Nenagh, Tipperary

Reposing in Ryans Funeral Home, Nenagh this Sunday from 4 o'c with removal at 7 o'c arriving to St.Mary's of the Rosary Church, Nenagh at 7.30 o'c. Requiem Mass on Monday at 12 o'c followed by burial in Lisboney New Cemetery.

Reposing at her sister Bernadette's home on Saturday from 12 o'clock. Mass of the Resurrection on Sunday in St. Mary's church, Edgeworthstown at 12 noon with burial afterwards in Aughafin Cemetery.

Reposing in Mount Carmel Nursing Home Chapel on Friday afternoon from 4.30 with removal at 6.30 arriving in St. Cronan's Church, Roscrea at 7.00. Funeral Mass on Saturday at 12.00 followed by burial afterwards in Dungar cemetery.

In the loving care of the staff of the Community Hospital of the Assumption, Thurles. Deeply regretted by her husband Luke, her sisters Pattie O' Regan (Ballycurrane), Breda Croke (Monadreen) and Bernadette Casey, nieces, nephews, grand nieces, grand nephews, sisters in law cousins, relatives and many friends.

Margaret (Peggy), wife of the late Sean, peacefully in the loving care of the Nurses and Staff of the Community Hospital, Thurles. Deeply regretted by her cousins, devoted neighbours and friends.

Reposing at Grey’s Funeral Home, Templemore this Friday evening from 5.30pm. Removal at 7.30pm to the Church of the Sacred Heart, Templetuohy to arrive at 8.15pm. Requiem Mass on Saturday at 11.30am. Interment in Templeree Cemetery afterwards.

Reposing at his daughter Anne's residence this (Friday) evening from 6 o'c. until 8 o'c. Funeral Mass (Saturday) at 11.30 o'c. in Our Lady and St Lua's Church, Ballina. Burial afterwards in adjoining cemetery. Family flowers only please. Donations if desired to Milford Hospice. May his gentle soul rest in peace.

January 26th 2017, peacefully at South Tipperary General Hospital surrounded by his family. Sean, beloved husband of the late Irene and brother of the late Niamh, Rory, Maire and Kevin.

Reposing at Devitt’s Funeral Parlour tomorrow, Friday evening, from 5.30pm with Removal at 7.30pm to Boherlahan Church. Requiem Mass on Saturday at 11.30am followed by Burial in Holycross Cemetery.