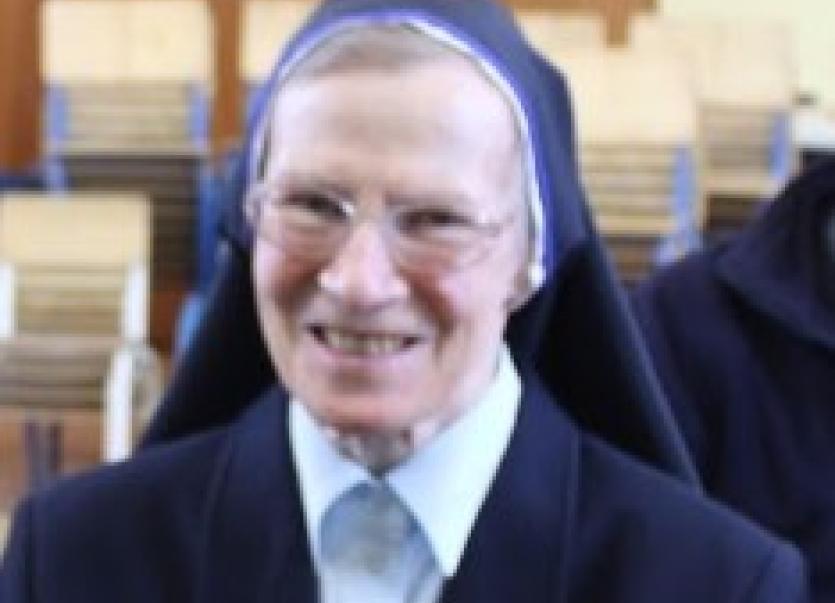 The town of Thurles was in mourning this morning following the death of Sr Xavier O'Dwyer, a much loved member of the Ursuline Community who shaped the lives of many hundreds of young people in their formative years.

Sr. Xavier, who had reached an advanced age, was Principal in Scoil Angela, the Ursuline primary school, and had taught generations of boys and girls, gently guiding them until their departure to either the boys school or to secondary level.

She was very prominent in the St. Joseph's Thurles Conference of St. Vincent de Paul Society where she earned the highest honour some years ago. She was extremely well regarded locally and was a beloved teacher to all who walked the corridors of Scoil Angela.

A native of Booleen, Bansha she had been ill for just a short time and when news of her death became known last night there was widespread sadness. Many tributes were paid to her on social media as past pupils recalled their days under her guidance and shared their memories.

She passed away peacefully, in the presence of her Community. She was predeceased by her brother Patrick and her sister Betty. She is also deeply regretted by her sisters Kathleen (Crotty) and Joan (O'Dwyer), her nieces, nephews, grandnieces, grandnephews, her Ursuline Community and Congregation and her colleagues and pupils (past and present) in Scoil Angela.

Her remains are reposing in the New Convent Oratory today Tuesday 4th April from 3pm to 6pm. Entrance to new Convent via Sec School, Templemore Road or Ulster Bank, Carpark, Thurles. Evening Prayers at 6pm. Funeral Mass on Wednesday 5th April in the Cathedral of the Assumption at 11am, followed by burial in the convent cemetery.

May her soul rest in eternal peace.