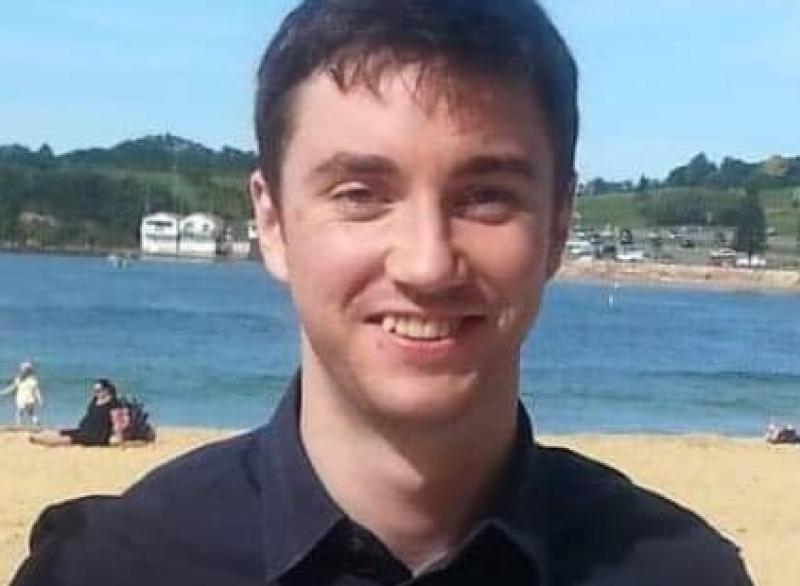 Communities across North Tipperary are united in grief following the death of an inspirational young Newport man who passed away following a battle against a rare form of cancer.

Kevin Bourke, late of Newport and formerly of Roscrea, was diagnosed with thymic squamous cell carcinoma in 2018.

Throughout his illness, Kevin remained positive, displaying incredible strength in spite of the setbacks he encountered.

The popular young man spent his early twenties travelling the world, teaching for a time in South Korea, and hoped one day to continue his adventures and visit South America. At the time of his diagnosis, the NUIG graduate was working as a social media executive in Limerick.

In 2016 Kevin first developed severe neck pain however an MRI didn’t show up any abnormalities in December of that year.

Despite numerous visits to physiotherapists and pain management specialists no one could find what was wrong.

However in early 2018, Kevin developed shortness of breath while out walking and a subsequent chest x-ray that May revealed a cancerous mass in his left upper chest.

It was not possible to operate due to its proximity to his heart and Kevin immediately began IV chemotherapy which proved promising.

Kevin then received the unfortunate news that another tumour had developed on his skin. This was again treated with chemo but more bad news followed after doctors informed him of a growth developing close to his heart.

Last summer a major fundraising campaign was launched by Kevin’s friends and family to help raise €100,000 to pay for immunotherapy treatment to give Kevin a fighting chance at life. Within weeks, the campaign had raised thousands of donations from across the world.

Kevin was overwhelmed by the response, the humbled young man thanking everyone who had helped in the fundraising efforts, especially the tight knit community of Newport who immediately rallied around the young family.

Speaking to the Tipperary Star last summer, his mum Mary said: “He never let it get to him. He made a decision there and then not to even google it. Even on his darkest day, the days he is so weak, he still remains positive and I’m so proud of him for this,” she said.

He attended St. Mary’s Secondary School in the town, where his easy going nature helped him make many great friendships.

Kevin died peacefully at home on May 20, 2020, following an illness borne with fortitude and stoicism, with the support of Milford Hospice Home Care Team, Dr. Blanaid McCurtain and Elaine, and the team at Hackett’s Pharmacy.

Predeceased by his father, John.

Deeply regretted by his heartbroken mother Mary (nee Barry), brother Ruairí and Mary’s partner Ger. He will be dearly missed by his aunts and uncles, grandfather, cousins, amazing friends and the community that was so supportive to Kevin during his illness.

Kevin was humbled and very appreciative of the wonderful care he received at University Hospital Limerick led by Dr. Greg Korpanty and CNM. Shirley Baker.

Funeral Mass will be celebrated on Friday, May 22 at 11.30am in the Church of the Most Holy Redeemer, Newport (restricted to family only) but can be viewed on www.twitch.tv. Search for NewportBirdhillandToor.

For those wishing to pay their respects, please adhere to government guidelines.