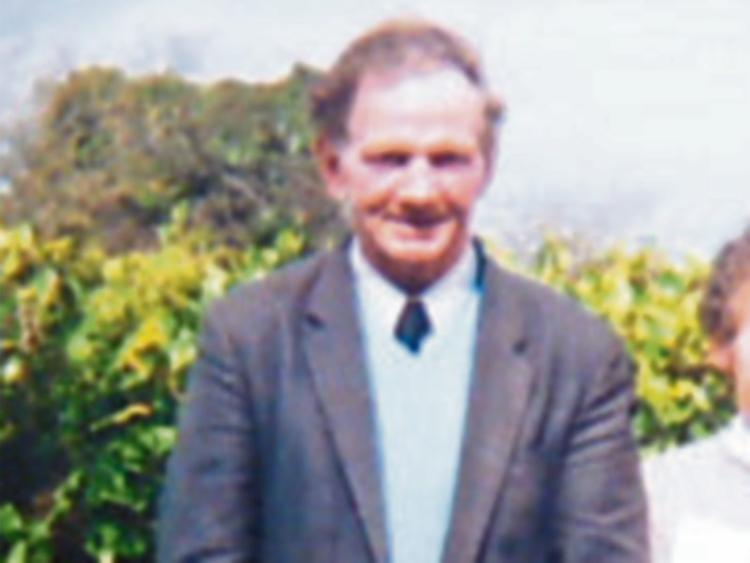 Retired farmer William (Bill) O’Dwyer of Ballydavid, Mullinahone passed away peacefully at the Sacred Heart Nursing Home, Crosspatrick on April 18 at the age of 88.

His family remember him fondly as a shy, kind, physically strong man who enjoyed the simple things in life.

Bill O'Dwyer was born at Ballydonnell, Mullinahone in 1931, the third eldest of a large family. His father, a native of New Inn, was a county council roads department ganger who came to live in Mullinahone. When he finished his primary schooling, he was sent to live with his aunt and uncle Ned and Nan O'Dwyer at their farm in New Inn so he could receive his second level education at Cahir VEC.

He completed his Inter Cert at Cahir VEC and  earned the Fáinne for his ability in Irish speaking.

He worked with his aunt and uncle in New Inn until he moved back to Mullinahone in 1955 to work and live with his bachelor uncles Tommy and Willie Hurley at their farm at Ballydavid.

He took over the farm in 1971 following the death of his uncle Tommy. His uncle Willie passed away in 1959.

In his youth, Bill enjoyed playing handball in New Inn and played football with CJ Kickhams GAA Club in Mullinahone.

He married Mary Fletcher from Galmoy, Co. Kilkenny in 1973 and the couple raised a family of five sons and three daughters.

Bill was a mixed farmer whose dairy herd supplied milk to Mullinahone Co-Op and who also raised sheep and cattle and grew corn.

He lived through seismic changes in farming practices. At the start of his life in farming in New Inn, farming was done in the traditional way with fields ploughed using horses, cows milked by hand and livestock walked to the fair in Cahir.

Bill moved from the old ways to the use of tractors, electric milking machines and other modern farming practices when he returned to live and work with his two uncles in Mullinahone.

Bill served on Mullinahone Co-Op Committee for a period of time.  Indeed, his grandfather was the first milk supplier to the co-op when it was founded.

He enjoyed watching gaelic football and followed the fortunes of his CJ Kickham's team and the Tipperary Footballers.

He also had a passion for horses and reared them on his farm up to the time of his retirement in 2001. His most successful horse was High Harry, which he purchased as a foal in 1979.

It's most notable race performance was second place in the prestigious Guinness Galway Hurdle race at the Galway Races in 1982.

Due to the Covid-19 pandemic restrictions, Bill was waked privately by his family at his home at Ballydavid on Monday, April 20.

The following day neighbours, friends and acquaintances paid their last respects to Bill by forming a guard of honour along the route the hearse travelled carrying his remains to Mullinahone Church where the Requiem Mass was celebrated by Fr Enda Brady, PP of Cashel & Rosegreen.

A copy of The Nationalist and Bill's pipe representing his pastimes during his retirement were brought to the altar at the offertory procession during the private ceremony.

His son CJ gave the eulogy at the end of the Funeral Mass.  A recording of Tipperary Far Away was played as Bill's remains were carried from the church.

Bill was buried at St. Michael's Cemetery, Killaghy, which is halfway between his home in Ballydavid and Ballydonnell where he was born.