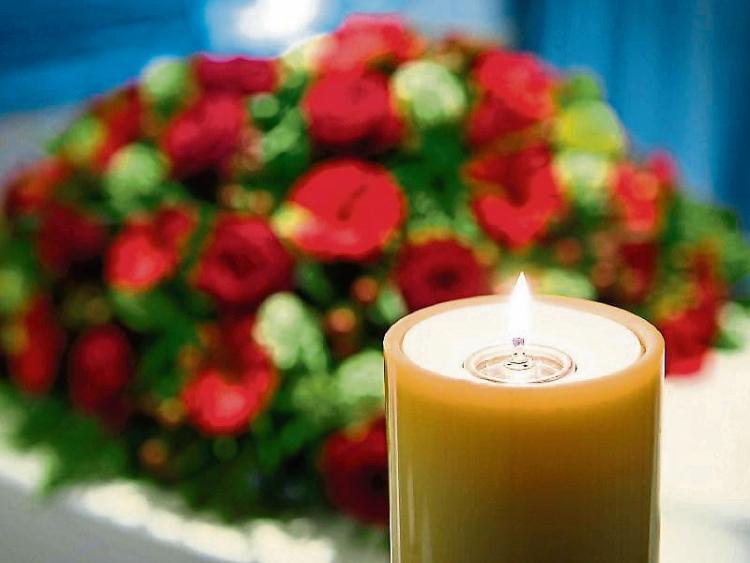 The entire community of Borris in Ossory and surrounding areas were deeply saddened by the unexpected death of Donal Bergin, Clonagooden, Borris-in-Ossory, Co. Laois.

His death took place unexpectedly on Monday June 22 at the Midlands Regional Hospital Portlaoise. He was predeceased by his parents and is deeply regretted by his loving cousins, relatives, neighbours and a large circle of friends.

The late Donal was a very popular member of the community; all his neighbours and friends on the Skeirke/ Shanboe road accompanied his remains to the church.

He was employed by Young Oil Templemore Road, Roscrea and made many friends during his years delivering home heating oil. He was a member of Borris in Ossory and Rushall Coursing Club and was a former Treasurer of the club.

Members of the club formed a guard of honour, observing social distancing, as his remains were brought to the chapel. Donal also loved a game of cards and was a great follower of hurling.

He was a loyal member of the local GAA Club and flags at O’Keeffe Park were at half mast on Thursday.