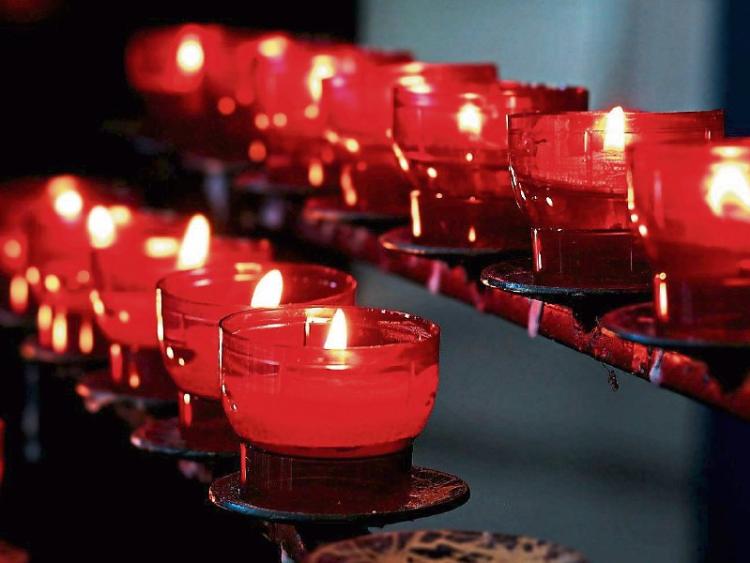 Due to Government restrictions on Covid-19 Eileen’s Funeral takes place privately and can be viewed on Monday at 12 noon on https://churchcamlive.ie/cashel-parish-stream/.

Arrival on Tuesday 2nd February at the Church of the Most Holy Redeemer, Newport for Requiem Mass at 11.30 a.m., which can be viewed here, burial afterwards in Rockvale Cemetery Newport. Please adhere to government guidelines regarding social distance and number of people. Sympathy cards can be sent to Meehan Funeral Directors, Newport, Co. Tipperary.

Following government guidelines, Emmet's Funeral is private. Emmet's funeral cortège will leave Sarsfield Street, via Stradavoher, on Monday, 1st February, at 10.15am, to arrive at the Cathedral of the Assumption, Thurles, at 10.30am for Requiem Mass at 11am. Burial afterwards in St Patrick's cemetery, Thurles. Numbers are limited to 10 family members in the church. The Mass can be viewed at www.thurlesparish.ie. Family flowers only, donations if desired to St Vincent de Paul.

May Chris Rest in Peace

Due to current Level 5, HSE and Government restrictions, Chris’s Funeral will take place privately (for 10 family members only). Requiem Mass will take place on Monday 1st February at 11am in Our Lady Queen of Peace Church, Kilmanagh with burial afterwards in Tullaroan Cemetery. Those who would like to view the Funeral Mass can do so through the following link; https://youtu.be/wDj2SAeyGiU

Arriving for funeral Mass in Ballyneale Church on Monday, 1st February, 2021, at 11am, followed by burial in the adjoining cemetery. Link to view Mass: https://youtu.be/CDkD8dKeewM

DUE TO HSE GUIDELINES, DICK'S FUNERAL AND BURIAL WILL TAKE PLACE PRIVATELY FOR IMMEDIATE FAMILY.

Kathleen's removal will take place on Monday, 1st February from Power's Funeral Home, Ferrybank, passing her home on route to St. Senan's Church, Kilmacow, arriving for Requiem Mass at 11am, followed by burial in the adjoining cemetery.

To view Kathleen's mass please clink on link below from 10.50am

Nicholas passed peacefully in the wonderful and kind care of the staff in St Anthony's Nursing Home, Clonmel. Predeceased by his parents Catherine and Nicholas. He will be deeply missed by his cousins - Mary, Nora, Jimmy and Jim and his extended family and friends.

In accordance with HSE and Government Regulations, Nicholas's Funeral will be private for family only. The Funeral Mass will take place on Wednesday, February 3rd, 2021 at 1pm in the Church of the Sacred Heart, Killusty followed by burial in the adjoining cemetery.

Michael Moriarty, Pouldine,Thurles, January 30th, 2021, in the wonderful care of the Woodlands Nursing Home, Dundrum. Will be sadly missed by his wife Catherine, sons James, Michael and Ollie, daughter Catherine, his many grandchildren, sisters-in-law, brothers-in-law, nieces, nephews, relatives, neighbours and many good friends.

In accordance with government guidelines a private Funeral Mass will take place in the Church of Our Lady and St. Kevin, Littleton, limited to 10 family members only, on this Tuesday morning at 11.30 a.m. followed by burial in St. Patrick's cemetery, Thurles. Mass may be viewed live on https:/www.churchservices.tv/littleton.

Arriving in the Church of the Assumption Knockavilla Tuesday morning for Requiem Mass at 11 o’c followed by burial in Glasnevin Cemetery, Dublin.

Due to Government Guidelines regarding Covid-19, numbers are limited to 10 family members in the church. Michael's Requiem Mass will be streamed live on the following link: http://funeralslive.ie/michael-keating/

May Eamonn Rest in Peace

Due to current Government advice regarding Covid-19, a private family funeral will take place. Requiem Mass for Eamonn will take place at St. Mary's of the Rosary Church, Nenagh this Tuesday at 11am, followed by burial in Lisboney lawn cemetery. Those who would have liked to have attended but cannot, may view his Mass live on nenaghparish.ie or on Radio 106.2 fm.

Requiem Mass on Wednesday the 3rd of February in the Church of the Sacred Heart, Templemore, at 12 pm.

Interment in the adjoining cemetery afterwards.

Messages of condolence can be left at www.ejgrey.com

Mass may be viewed on www.templemoreparish.ie