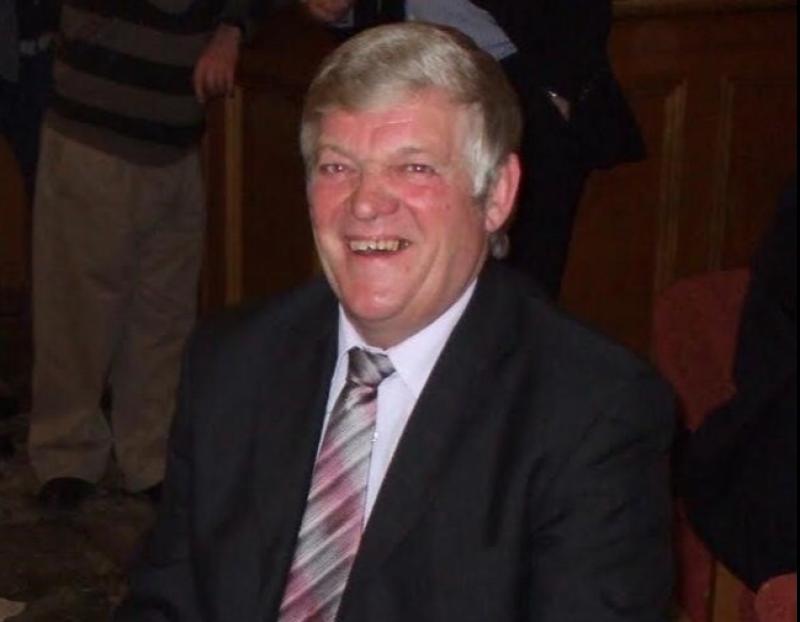 A native of Lacey Avenue he was born at No. 7 on the 10th of November 1948, to Mick and Maggie-Ann (nee Larkin), he was the second born of four boys, Mick before him, Paddy and Tom after.

Following his school days Bill began work as a general yard man in Colliers in early 1966. His duties included deliveries of various stouts and ales which had been bottled in Colliers under their own label. His wages were £3 10 shillings for a hard week’s work with the £3 handed over to Maggie Ann every week.

His time at Colliers was short as he decided to join the Irish Army in October of 1966. Following his passing out Billy was stationed in Collins Barracks.

On one of his many visits home, he met fellow Lacey Avenue native Teresa Carroll at a dance in Las Vegas and on the August 8, 1970 they were married in the Sacred Heart Church in Templemore.

Following their marriage, they lived at 19 Great Georges Street in Dublin where twins, Michael (RIP) and Billy Jnr, and third son, Ken, were all born.

Following their return home to Templemore in 1975, and a new life on Lakeview Drive, two more boys followed, David and Mark.

Billy loved sport and the great outdoors and was a real driving force behind soccer in the parish for many years. The guard of honour provided by BT Harps at his funeral bore testimony to that contribution.

Sadly, Billy was pre-deceased by his son Michael, and it gave him immense pleasure to attend the naming of BT Harps grounds in honour of his son on April 2nd last. He loved the G.A.A. too and Tipp hurling was never far from his mind.

Shooting and fishing were other great passions, and he could be found out around Barnane and beyond on his trusty bicycle. He was a loyal supporter of the local gun club for many years.

Local history also caught his ear, and he was a regular at Sr. Aine lectures. He looked forward to his daily walk in the park, meeting the people and having the craic. He enjoyed a drink with his many pals in the Temple Bar and in particular, his lifelong friends, Paddy Carroll and Tommy Devaney (RIP). Perhaps they’ll meet again above the clouds.

Billy was pre-deceased by his son Michael and is survived by his wife Teresa sons Billy, Ken, David and Mark, brothers, Mick, Paddy and Tom, many relatives and a large circle of friends.

Billy’s months mind mass will take place in the Sacred Heart Church, Templemore on Saturday evening (28) at 7pm.
May his gentle soul rest in peace.