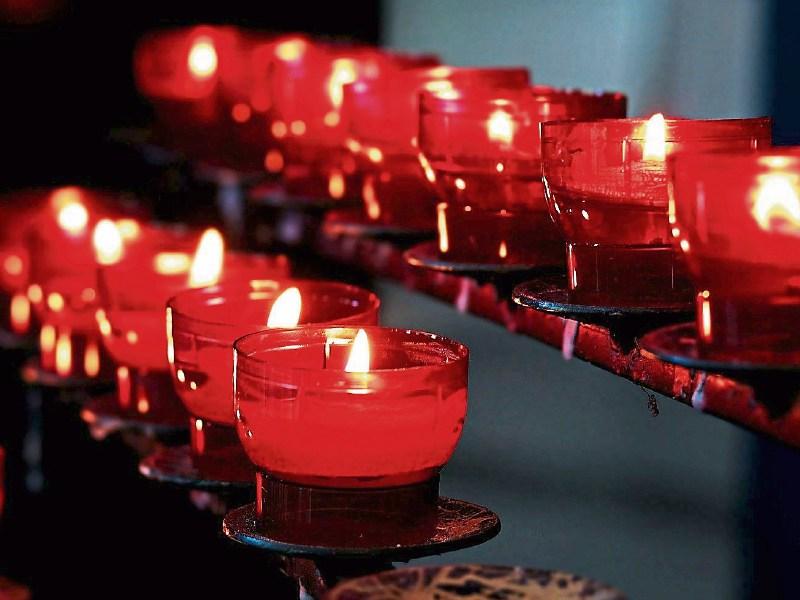 August 31st 2022, peacefully at home, in her 96th year. Very sadly missed by her cousins, extended family, relatives and her many friends.

Reposing at her residence this Thursday evening from 5pm to 7pm. Service of Thanksgiving in The Cathedral of St. John the Baptist and St. Patrick’s Rock, John Street, Cashel on Friday at 2pm followed by interment in Athassel Graveyard, Golden.

Reposing at Mackens Funeral Home, Distillery Road, on Thursday from 7pm to 9pm. Removal on Friday morning to The Church of the Annunciation, Clonard, for funeral Mass at 11am. Cremation will take place on Saturday at 1.30pm in Mt. Jerome Crematorium, Harold's Cross, Dublin. No flowers please, donations, if desired, to The Irish Cancer Society. Aidan's funeral Mass may be viewed on the following link

May Catherine Rest In Peace

Reposing in Ronan's Funeral Home Ballingarry on Thursday, 1st Sept., from 5pm to 8 pm. Removal on Friday from her daughter Marie's residence in Shangarry to The Church of The Assumption, Ballingarry for Funeral Mass at 11.30am followed by burial in the adjoining cemetery. House private please.

May Maureen Rest In Peace

Reposing at Ryans Funeral Home, Nenagh this Thursday from 6 o'c to 7.30 o'c. Her remains will arrive at St.Marys of the Rosary Church, Nenagh on Friday for Requiem mass at 11 o'c with the Livestream on nenaghparish.ie. Burial afterwards in Lisboney New Cemetery.

Predeceased by his brothers Denis and Jim and sister Maisie.

He will be eternally loved and missed by his family, brothers-in-law, sisters-in-law, extended family, and many friends.

May he Rest In Peace

Reposing on Thursday, 1st September, from 4pm to 8pm with rosary at 8pm in his home at Fancroft, Roscrea E53 XW13.

Family flowers only. Donations, if desired, to Irish Cancer Society.

Reposing at Fennessy's Funeral home this Wednesday evening from 7 o'clock to 8 o'clock with removal on Thursday morning to The Island Crematorium for service at 11 o'clock. In lieu of attendance messages of sympathy can be left in the condolence section below.

Funeral service can be viewed on the following link

Reposing at his residence in Upper Grange eircode (E45KD78) on Friday evening from 4'oc to 7'oc. Funeral arriving to Puckane Church on Saturday morning at 10.45 a.m. for Funeral Mass at 11a.m. followed by burial in Ardcroney New Cemetery.