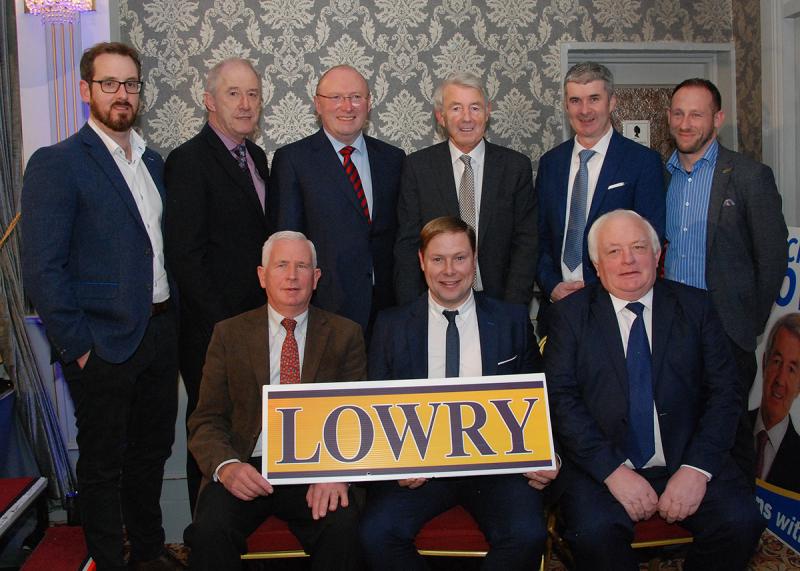 "The truth is that I need your No. 1, as much, if not more than ever this time round, to allow me to continue my work for Tipperary and I need you to spread that message so that people are not misled" - Deputy Lowry.

There was an amazing number of friends and supporters at the Anner Hotel on Friday night last for Michael Lowry’s Official Campaign Launch. Deputy Lowry said that he is eternally grateful for the energy and enthusiasm that people bring to his campaign. ‘I’m as good as you make me’ he told the huge gathering and he pledged that, if re-elected, he will continue to listen, to be constructive, to be positive, to make a difference and to get results. ‘I know the issues facing Tipperary’ he said, ‘and experience has taught me how to address them’.

Deputy Lowy said that he was asked by a young girl recently what it’s like to be a candidate in a General Election, something that has rarely been asked of him before. He revealed that, even though he has been a candidate many times, he still feels the pressure to ensure that everything is done right during a campaign and that he is so thankful to the many capable people who help him, organise things for him and work so enthusiastically on his behalf. He became visibly upset at the fact that his brother, Ned, who has been a central part of his past campaigns, is unable to be involved on this occasion and he wished him well. 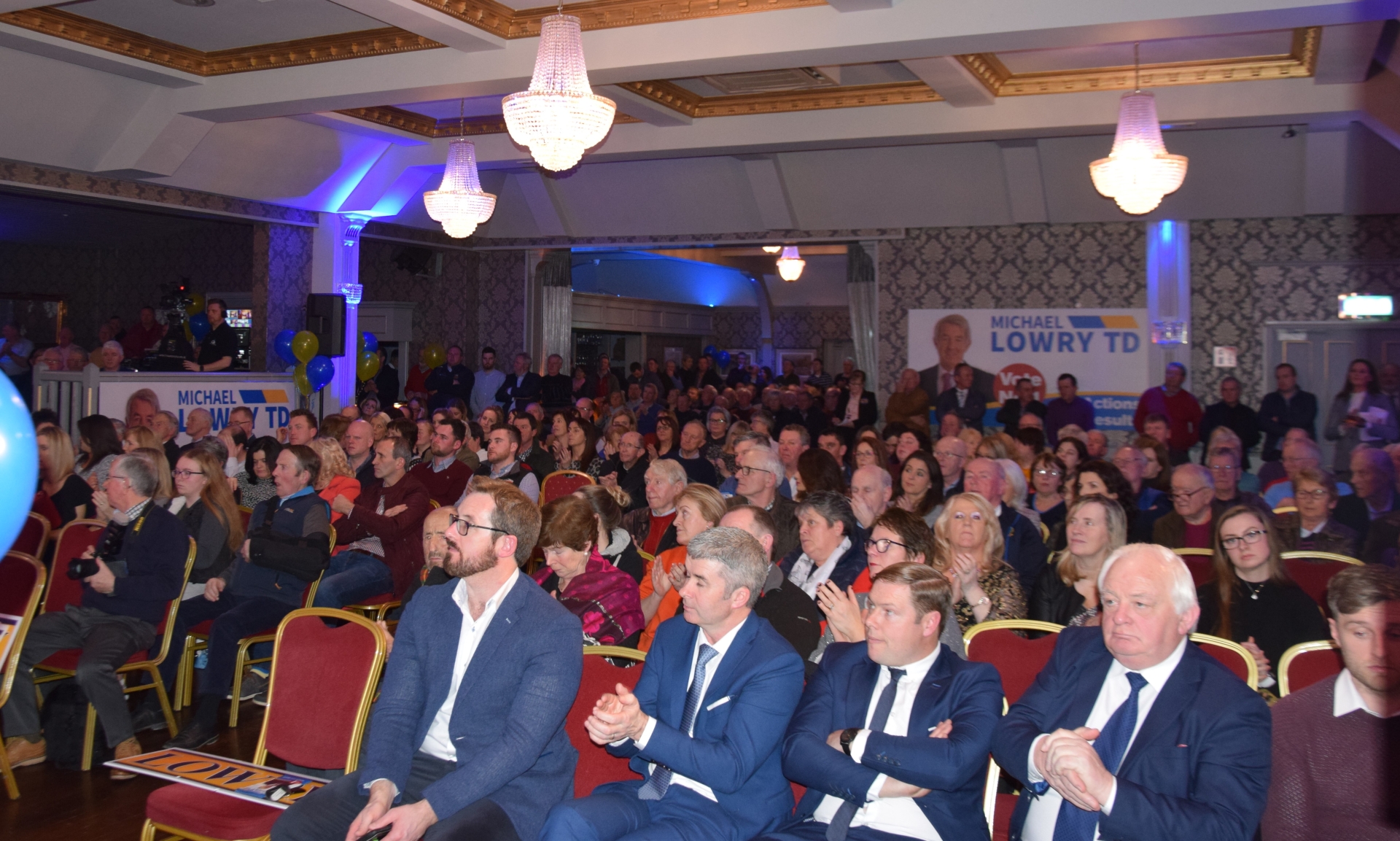 Some of the attendance at the launch on Friday evening

Deputy Lowry spoke on the many major issues dominating this campaign and acknowledged that people are very engaged during this Election. He addressed the issues regarding health, particularly in relation to access to hospitals and step down beds. He spoke of his work to ensure that Nenagh Hospital remained open when it was under real threat of closure, as well as his success in securing funding to bring the new 40 bed fully staffed unit to South Tipperary General Hospital despite people saying it would never happen. Mental Health, Home Care Packages and a National Strategy to reduce suicide where also identified as major priorities.

With a myriad of issues addressed by Guest Speakers at the Launch, Deputy Lowry chose to focus on two very topical and critical ones affecting the lives of people.

He spoke in detail about the fact that older and elderly people are living in fear. In relation to the proposals to raise the age at which people will qualify for the State Pension to 67, he said he will oppose and resist such a change. He addressed the truth that elderly people are living in fear of becoming ill and facing gruelling times on hospital trollies, quick discharge from hospital and no Health Care Packages to assist them when they return home. He stated that ‘the Golden Years that older and elderly people worked towards are becoming a time to dread and a far cry from what they expect they would be. They are not happy and content – they are worried and afraid. I am totally committed to standing up and fighting for their rights’.

Deputy Lowry also raised the subject of substance abuse, particularly amongst the young and vulnerable members of our communities. He spoke of the pattern of some young people not being fully mature, being easily led and being manipulated, which in turn leads them to experiment with drugs and this becomes a habit leading to addiction. He again welcomed the news that, following his representations, Jigsaw will soon be opening it’s Tipperary base in Thurles, with hubs following for both Roscrea and Clonmel. This will provide a free, confidential and fully professional service to support the mental health and well-being of people aged 12-25, ensuring they get help when and where they need it. He also announced that Tipperary will be allocated more Gardai following the next passing out in Templemore and that he will continue to demand an extension to the Garda Drugs Unit.

The Deputy said that he attributes his political success to date to the fact that he always takes a positive approach. He said he hears other politicians whinge and moan but come up with no solutions. ‘I chose the positive, can-do approach as my path and the reason I deliver is that I have the political instinct to do the right thing for people’.

He concluded, ‘I believe in people, I believe in communities, I believe in volunteerism and people giving of themselves to help others. Nothing gives me greater personal satisfaction than helping people. As you are all aware I have been under pressure for the past 20 years but the people of Tipperary and their unfailing support have kept me going. I am a constituency politician and I take whatever opportunity I can in Government formation to get the best I can for Tipperary – Tipperary has always been and will always be my priority. I need your support – this is a tough Election. Other politicians and their canvassers are telling people I will coast home and that I don’t need their No.1 Vote. The truth is that I need your No. 1 as much if not more than ever this time round to allow me to continue my work for Tipperary and I need you to spread that message so that people are not misled. Together we can make great communities in a great county’