Humbled Mattie McGrath has arrived at the count centre in Thurles 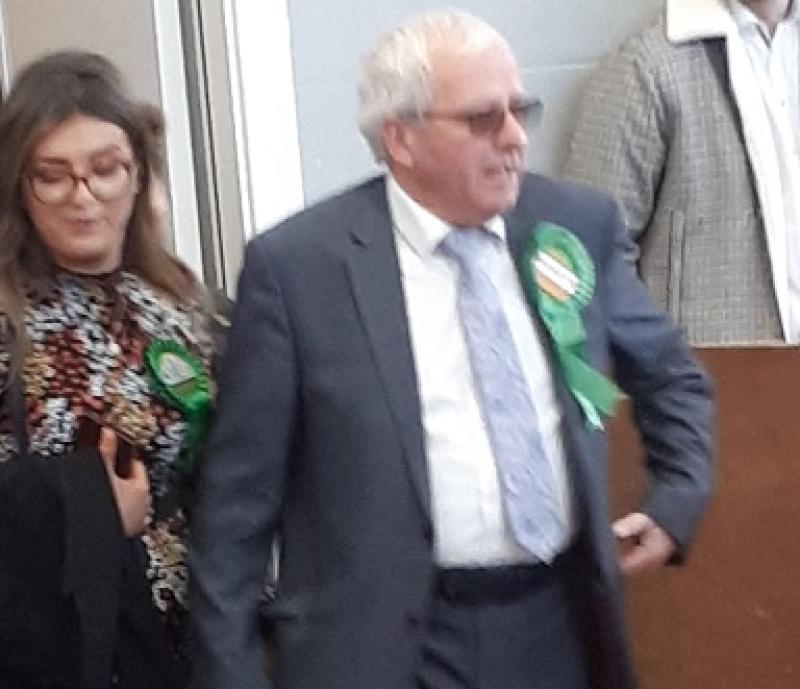 Mattie McGrath arrives at the county centre in Thurles a short while ago.

Independent candidate Mattie McGrath has arrived at the count centre in Thurles and has said that the huge rise in the Sinn Fein vote is a result of the people having their say.

The outgoing TD is likely to take the third seat in the five seat constituency, after Michael Lowry and Martin Browne.

"I felt that SF were being dismissed by the two party leaders of Fianna Fail and Fine Gael. It ill behoves the Taoiseach and leader of the main opposition party to dictate that they would not talk to Sinn Fein if they were elected - you cannot tell the electorate who you will and won't talk to. The people are speaking and we will see the full complexity of it by tomorrow or Tuesday.

"The SF vote was unexpected but I felt the appetite for change. People decided that SF this time should get the votes and we are where we are. I got a great reception on the doors and people know that I do exactly what it says on the tin. I represented all the people to the best of my ability. I'll take a vote from anywhere it is going. I am very humbled with the vote I got and I hope to get over the line," he said.