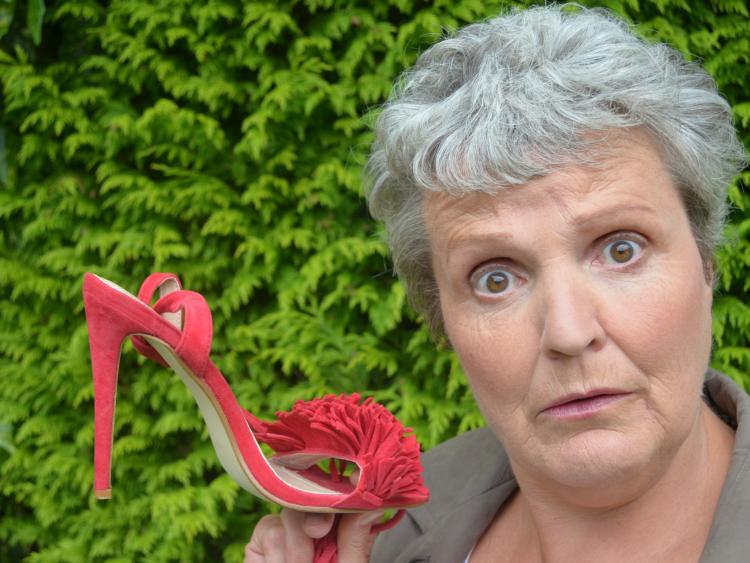 Actress Rose Henderson is well-known for starring in Fair City, playing Sister Assumpta in Father Ted and more recently putting Daniel O’Donnell in his place with that ‘gas’ advert. She also writes plays.

This October Henderson pays a welcome return to the stage at The Source Arts Centre starring in Gerry Lynch’s ‘According to Sydney’.

According to Sydney, everything has gone into decline: morality, masculinity, social behaviour.

It’s important to spot the warning signs when a loved one is driving you over the edge, but did Ruth help him on his way?  Did she go too far, in the end?

Who is the woman who turned up at his funeral, wearing red shoes?  Ruth didn’t mean to kill him… but in the end, something had to give. One woman on a park bench, for one night at The Source.

According to Sydney comes to The Source Arts Centre Thurles on Saturday, October 17 at 8pm. Written by Gerry Lynch, directed by Caroline Fitzgerald. Duration 50 mins approx.