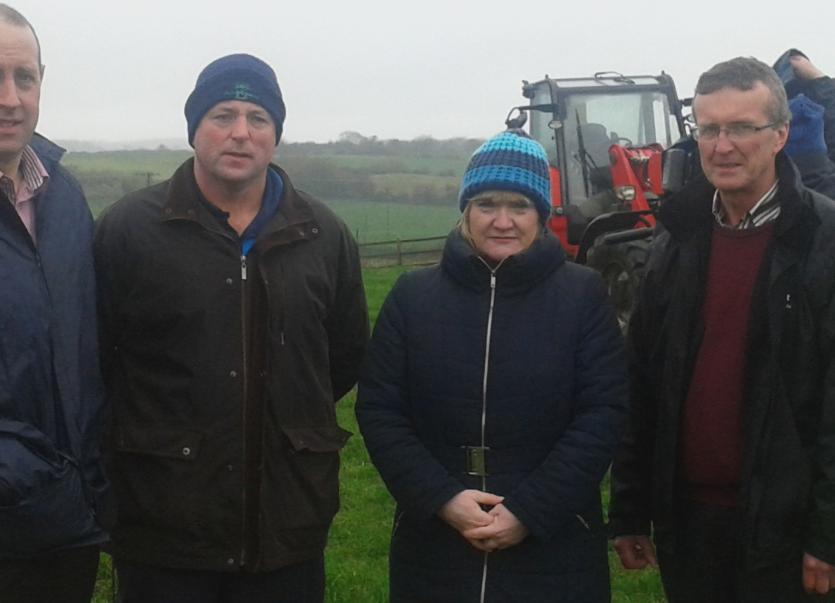 Nenagh MDC area farmers with land along the proposed route for Irish Water's pipeline to Dublin have been urged to question the proposal.

The call comes as Irish Water hosts the first of two days of consultations on the proposal in Nenagh's Abbey Court Hotel and the Lakeside Hotel, Ballina. The Nenagh consultation takes place today, November 16, from 2pm to 8pm, with the Ballina consultation on tomorrow, November 17, from the same time.
The proposed pipe will run for 170km from Parteen Basin through Birdhill, Carrigatoher, Nenagh and on to Cloughjordan, taking 330 million litres of water a day to the Greater Dublin Area as well as the Midlands and East Coast.
The plan has been questioned since its ineption by the River Shannon Protection Alliance and now farm groups have joined in with their opposition to it.
Apart from cutting a 50m developmental swathe through farmland, with a permanent 2m way leave needed, IFA North Tipperary chairman Tim Cullinan has raised fears over what damage could be done to land should the pipe ever suffer a major leak.
And IFA Environment and Rural Affairs chairman Thomas Cooney has urged all Tipperary farmers and their families who may be impacted by the proposed project to attend the Irish Water organised consultation meetings starting this week.
“The landowner is the most important stakeholder in this project. After the engineers, planners and consultants are long gone, farmers are the ones who will be left with this pipe on their lands. Therefore, their voices are the most important and they must be heard,” he said.
IFA has urged every farmer who has received letters in recent days from Irish Water about the project to attend the meetings and get as much information about the project as possible. Concerns and objections should be set at these meetings.
He said it was important that all farmers receive the following information: a detailed map setting out the impact of the proposed project on farm holdings; an understanding why the route has been selected; confirmation that the project will remain in State ownership; confirmation that any future income and yield losses will be made good by Irish Water, if the project were to happen; and, an understanding of the physical impact the proposed project will have on farm holdings and if there will be any permanent structures on farms.
Meanwhile, ICSA rural development chairman Seamus Sherlock has expressed the association’s concern at the impact this proposed development will have on the farms of its members.
“We are anticipating a meeting with Ervia, the contractors for the project, in the near future where we will outline our members concerns and we will seek reassurance that every conceivable scenario that could develop during the construction has been considered and a draft plan of action to rectify such situations is in place. The proposed development will cause huge disruption and a significant economic cost to farmers.” Mr Sherlock said the ICSA believeed this development, as with most projects of this nature, could not proceed without the goodwill of the landowners affected and Ervia must do everything in its power to alleviate farmers concerns.