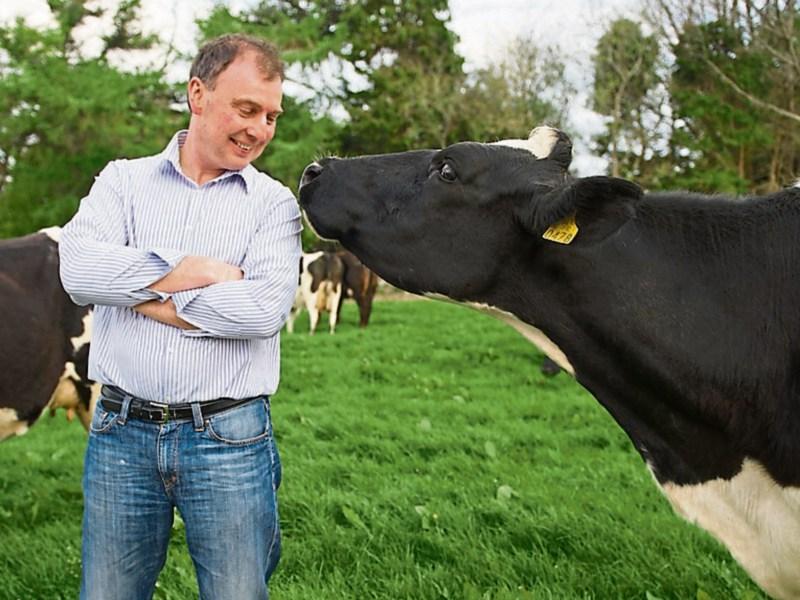 The president of the Irish Creamery Milk Suppliers Association (ICMSA) has described the call made by a French farm leader for a ‘hard’ border between Northern Ireland and the Republic as “disappointingly self-centred”.

John Comer was reacting to comments by Christophe Hillairet, a council member of COPA and the leader of an influential regional French farmers association, in which Mon. Hillairet said that he was afraid that the UK would sign agreements to import food from Commonwealth countries and that he was particularly concerned by how these imports might find their way into the Republic and the wider EU.

In the widely respected Agra Europe, Monsieur Hillairet is quoted as saying that “Ireland is a big problem but for the French farmer we will need to have a hard border between the north and the Republic as otherwise we will have a lot of products that will cross from north to south. That would be very dangerous for our producers.”

Mr Comer said the comments were at best premature and could more frankly be described as “self-centered”.

He said that Monsieur Hillairet must be aware of the very recent history of suffering and conflict in the border region whose avoidance would continue to take clear precedence over the anxieties of French farm groups as far as both Ireland and the United Kingdom were concerned.

These were farming and rural communities, Mr Comer explained, who owned lands and collected and processed milk in plants on both sides of the border.

He said that the farming communities concerned had every right to expect that the EU and the UK would continue – so far as was possible with goodwill and intelligence - to facilitate that absolutely natural process.

As to Monsieur Hillairet’s fear that lamb from New Zealand could arrive in Northern Ireland and cross a soft border into the Republic before entering the mainland EU markets, Mr Comer said that there was already a whole Third Country Of Origin labelling procedure worked out and operated satisfactorily throughout the EU and the UK’s continued adherence to that procedure could be negotiated as part of the overall process.

What was more important, said the ICMSA president, was that EU farm leaders showed some degree of solidarity and commitment to the Irish farming communities who were – by a considerable margin – the most affected sector within the EU both in economic and practical terms.

“The only people who would have enjoyed reading Monsieur Hillariet’s comments were the very anti-EU British Eurosceptics who want to play the different member states off against each other and who want to forment that feeling of tension between different sectors and nations.

“That must not happen and with respect to our French friends we would prefer them to reflect on the common good and not just on their own particular sectoral anxieties,”said Mr Comer.