Tipperary farming: co-ops urged to pass back as much of dairy upturn as possible 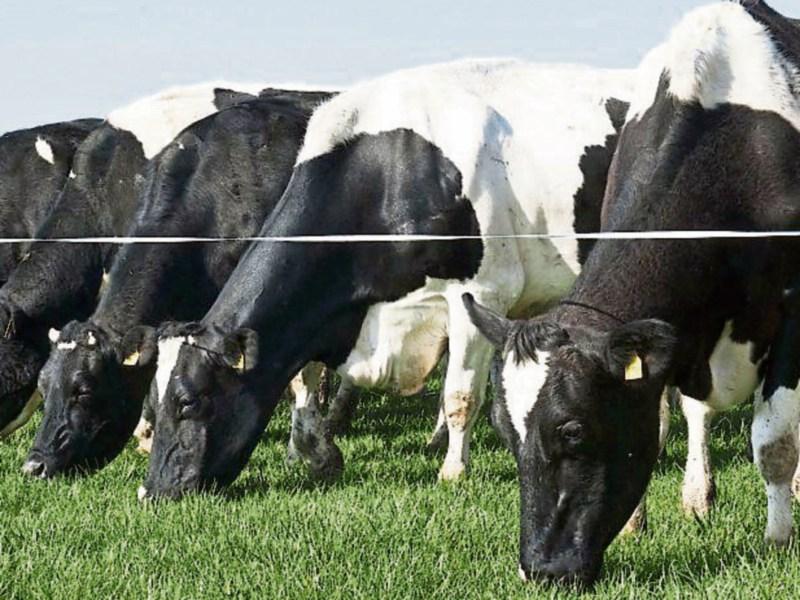 As the GDT auction registers another small 0.2 per cent rise this week, IFA National Dairy Committee chairman Sean O’Leary called on co-ops to work harder on passing back as much of the dairy upturn as possible to farmers, who after two years of challenging cash flow still have some way to go to rebalance their farm finances.

“In the last two years, the majority of farmers have expanded and all have joined the Sustainable Dairy Assurance Scheme (SDAS), at a major cost to themselves,” he said.

Mr O'Leary said that the 2016 Teagasc National Farm Survey showed 60 per cent of dairy farms had increased their average on-farm debt to €99,000.

This has coincided with a serious dairy price downturn from which farmers are only just emerging, Mr O’Leary said.

“Based on last year’s supply pattern, 50 per cent of the year’s milk remains to be produced between July and December. Every additional cent co-ops can pass back to farmers as early as possible in that period will make a vital contribution to their financial situation, allowing them to catch up with repayment commitments, including their merchant credit debt to the co-op,” he said.

Mr O'Leary said that this would be due recognition for the commitment made by farmers to SDAS, which co-ops owe them to leverage into better markets and prices.

“Despite the talk of imbalance between butter and SMP prices, it remains a fact that the overall returns from dairy commodities are at a high level.

“Not only are international dairy prices – as expressed through GDT – continuing strong for the next six months, EU spot milk prices are at their highest in four years at €43.3/100kgs (Italy) and €38/100kgs (Netherlands); and average EU commodity prices ( July 9) continue to return a gross 40cpl – equivalent to a farm gate price 35cpl + VAT after deduction of 5 cpl processing costs,” he said.

The dairy chairman said that, while co-ops may still be dealing with some contracts signed at lower price levels, those are progressively being replaced with contracts which co-ops must ensure reflect the current stronger price indices.

“Historically, strong markets have not often coincided with our peak production – farmers must be allowed benefit to the fullest extent of the high dairy prices,” Sean O’Leary said.