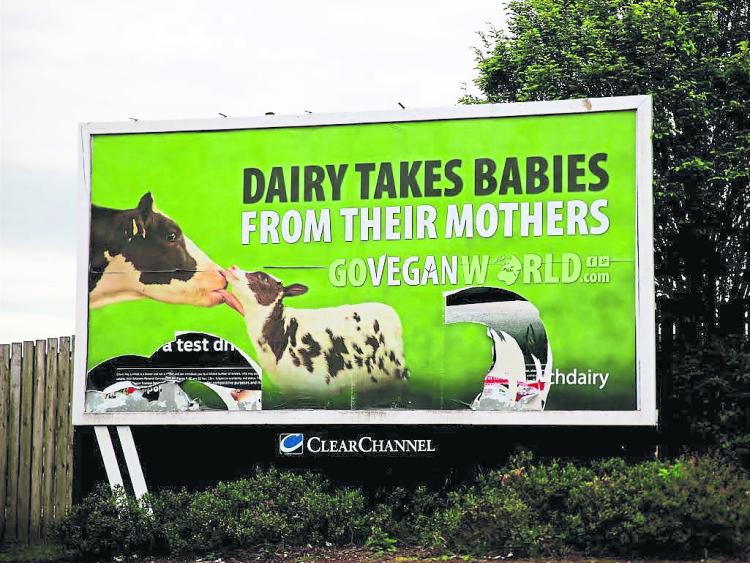 IFA president Joe Healy has said that Eden Animal Sanctuary, which funds advertisements around Ireland and the UK as part of the Go Vegan World campaign, needs to publish where its money comes from.

This "sanctuary" is a company limited by guarantee. It does not have charitable status and therefore is not subject to charity regulations. The way the company is structured also avoids the regulations around the need to publish audited annual accounts, he said.

“It seems extraordinary that a multi-million euro advertising campaign across Ireland and the UK would be run from an obscure animal sanctuary in Ireland which is not a registered charity; does not produce audited accounts; and does not disclose where its funding comes from,” he said.

“The latest unaudited accounts of the company for 2018 show an income of almost €3m. They need to stop being a secret society and tell the public who is funding them,” he said.

Substantial commercial interests were investing in non-meat products, he said.

“It’s clear there is also a campaign to deflect from other sectors in the climate debate, including fossil fuels,” he said.

IFA complained about this advert to the Advertising Standards Authority of Ireland (ASAI) and was advised that the messaging was outside its remit, said Mr Healy.

“I think the public deserve to know who is funding these campaigns. As the ASAI have washed their hands of the issue, it is clear that there is no oversight in relation to the validity of their messaging or who is funding it," he said.

“The Eden Animal Sanctuary needs to come from behind the cloak of secrecy and publish all the sources of its funding,” he said.