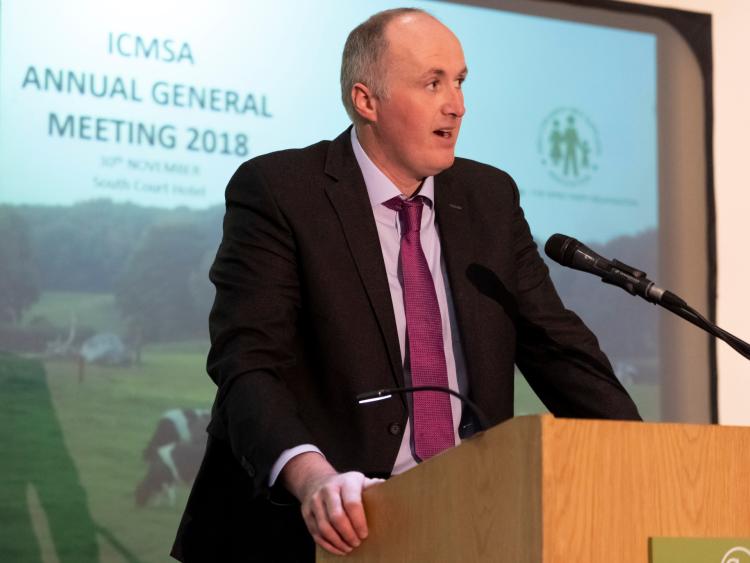 President of ICMSA Pat McCormack has said that the workload that dairy farmers would be taking on over the next six to eight weeks was enormous and carried with it attendant risks around physical and mental exhaustion.

Mr. McCormack, who farms just beside Tipperary Town, said that a number of elements had come together this year to make the annual calving season an even more challenging period. He urged his neighbours and all fellow farmers to understand that a certain amount of rest is a necessity.

“We have to get away from this idea that we can go for a fortnight or more with a few hours of sleep dotted across any 24-hour period," he said.

"I know that it’s incredibly difficult but I’m a huge believer in the old adage that ‘it’s better to lose a few minutes in your life than lose your life in a few minutes’ and that translates to realising that whether you think you can go on for another few hours or not - your body and mind do need rest and recharging. We know from all the data that as you become exhausted your ability to judge time, distances and threats all decrease radically. So everyone just has to accept that reality and discipline themselves to get the rest and sleep that their body requires to function. We can’t be macho about this," Mr. McCormack continued.

Mr McCormack also pointed out that it could be “very dangerous indeed” to get close to a calf while the mother was in the vicinity. “I’m constantly amazed at how careless people can be on this. Everyone must know that an animal after giving birth is a very different animal to the one you might have thought you knew well," he said.

"Certainly, whatever about dairy cows, I would always tell people to be very wary indeed and very careful around suckler cows with calves. It seems to me that there are two points here: firstly, the safety of the farmer and anyone in proximity to the cows. Secondly, for the sake of the cows, just be very careful around them and don’t do anything that might distress them. There is an unknown risk here and people have to recognise that and behave accordingly," he added.