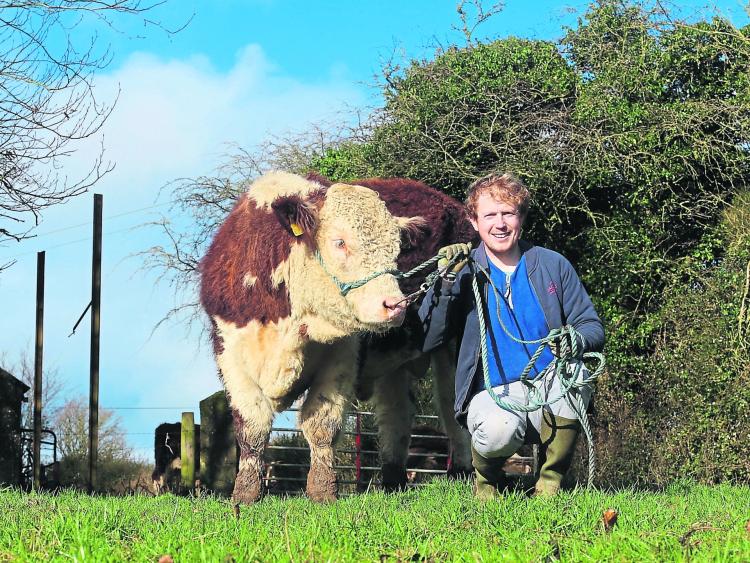 Local Hereford breeders Trevor & Edward Dudley of Kilsunny Hse, Dovea, Thurles had cause to celebrate recently as one of their yearling Hereford bulls, Kilsunny Rambo, was sold and exported to a pedigree herd in Co. Down, Northern Ireland.

The bull had just reached his first birthday at the end of January.

He is a son of the Dudley’s well-known show cow, Kilsunny Lass Lily who has won three consecutive 1st prizes at the National Hereford Show, Tullamore

The bull himself was the first export sale of 2021 for the Dudley Family.

In light of Covid-19, the sale was initiated over social media (with the Dudley’s now selling about 50% of their pedigree bulls online, with a following of over 80,000 on Instagram alone) with this side of the farm business growing tremendously each year.

Brexit also had an impact on the sale, with increased testing requirements and movement regulations.

However, ultimately, the sale went ahead without a hitch, with the bull departing Dovea for his new home in Co. Down, Northern Ireland recently.