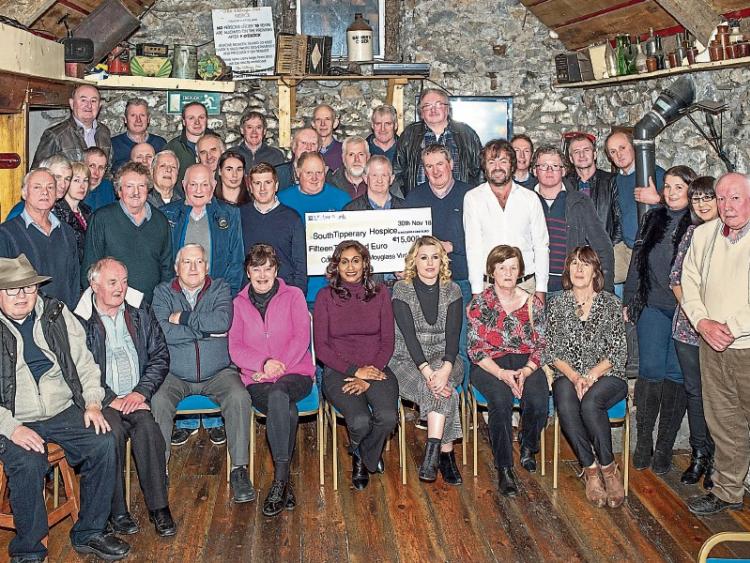 Coolmoyne and Moyglass Vintage Club recently presented a cheque for €15,000 to South Tipperary Hospice Movement at The Village Inn, Moyglass.

The funds were raised at their two-day Static Vintage Show held in Mobarnane, Fethard, which also created a new world record for the most county tractors on one site.

The previous record was held in the UK at 63 and the new record created in Moyglass stands at 99. A record was also created for the most MF 65 tractors.

"The event had over 250 vintage entries and was probably the biggest event of its type in 2018. It achieved worldwide acclaim for assembling a most memorable gathering of classic equipment," a club spokesperson said.