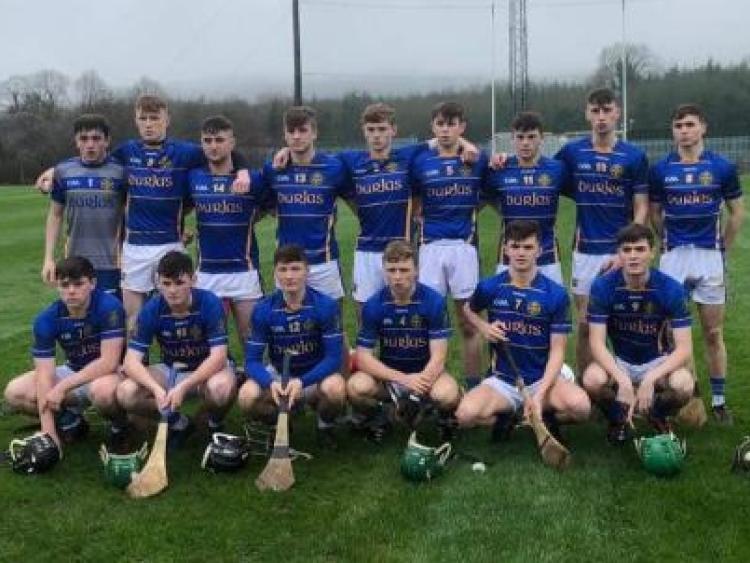 The Thurles CBS team pictured before taking on Hospital in the quarter-finals.

Thurles CBS take on Christian Brothers College (Cork) in Mallow on Saturday, January 26th at 2pm in the semi-finals of the Dr Harty Cup (Munster post-primary schools under-19A hurling championship) and will do so as distinct underdogs - on the opposite side of the draw De La Salle (Waterford) face Midleton CBS in Dungarvan.

Although Thurles CBS surged to a terrific replay win (0-16 to 0-11) over St John the Baptist, Hospital in the quarter-finals of this prestigious competition (the drawn affair finished 3-31 to 4-28 after extra-time) the Tipperary lads suffered a fifteen-point defeat (1-13 to 4-19) at the hands of Christian Brothers College at Bansha on November 21st during the group stage of the competition. It is worth noting, however, that Thurles CBS had already booked their place in the knock-out stage of the competition prior to that contest.

This season the tournament featured a group stage with the winning team and the runners-up in each respective group progressing to the seeded quarter-finals. Just three teams featured in group D and Thurles CBS qualified for the knock-out stage of the competition by virtue of their 2-22 to 0-6 win over Castletroy College. The manner of the defeat suffered at the hands of Christian Brothers College, however, was reasonably distressing from a Thurles CBS point of view.