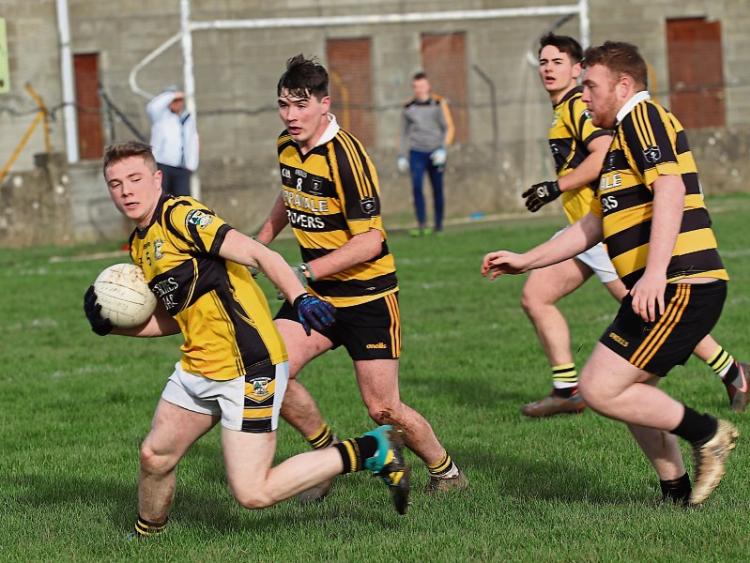 Galtee Rovers made it two wins from two outings, and also qualified for a semi-final place, as they overcame the challenge of the Emly/ Treacys combination in the McGrath Oil West U21 B Football championship at Bansha on Saturday afternoon.

Galtee made all the running early on in the opening half, thanks to a goal from Rhys Byron after four minutes, and had built up a six-point lead as the game entered injury time but a goal from Paul O’Heney cut the deficit to three as the teams went in at the break.

The sides were evenly balanced during the second period and Emly/Treacys dominated possession for long periods, but were unable to convert this possession into scores, hitting six wides. Three points separated the sides, in fading light, with two minutes of normal time remaining. However, a late rally by the home side ensured victory and a place in the knockout stages.

On a dull day, the home side got off to a good start with an Adam McGrath point from play after two minutes. Pat Dawson equalised before Rhys Byron got onto the end of a good move to crash home the game’s opening goal with only four minutes on the clock. Dawson was again on target before Evan Breen restored Galtee’s three-point advantage after eight minutes.

Nineteen minutes into the game the combo were awarded a penalty, but Eoin Gallagher in the home goal saved well. This drove on Galtee and Adam McGrath then hit a purple patch in the closing ten minutes of the half when he put over four unanswered points, including two from frees. Paul O’Heney goaled for the combo, two minutes into injury time, to leave the half time score, Galtee Rvs 1.6, Emly Treacys 1.3.

Pat Dawson pointed two minutes after the restart, but three minutes later Conor Nolan was sin binned for ten minutes and this did not help the cause of the combo. Adam McGrath and Dawson continued to exchange points during the remainder of the second half in what was an evenly balanced game but the home side were far more economical and two late points from McGrath and Kelan O’Connor got the over the line in what was a very entertaining game. 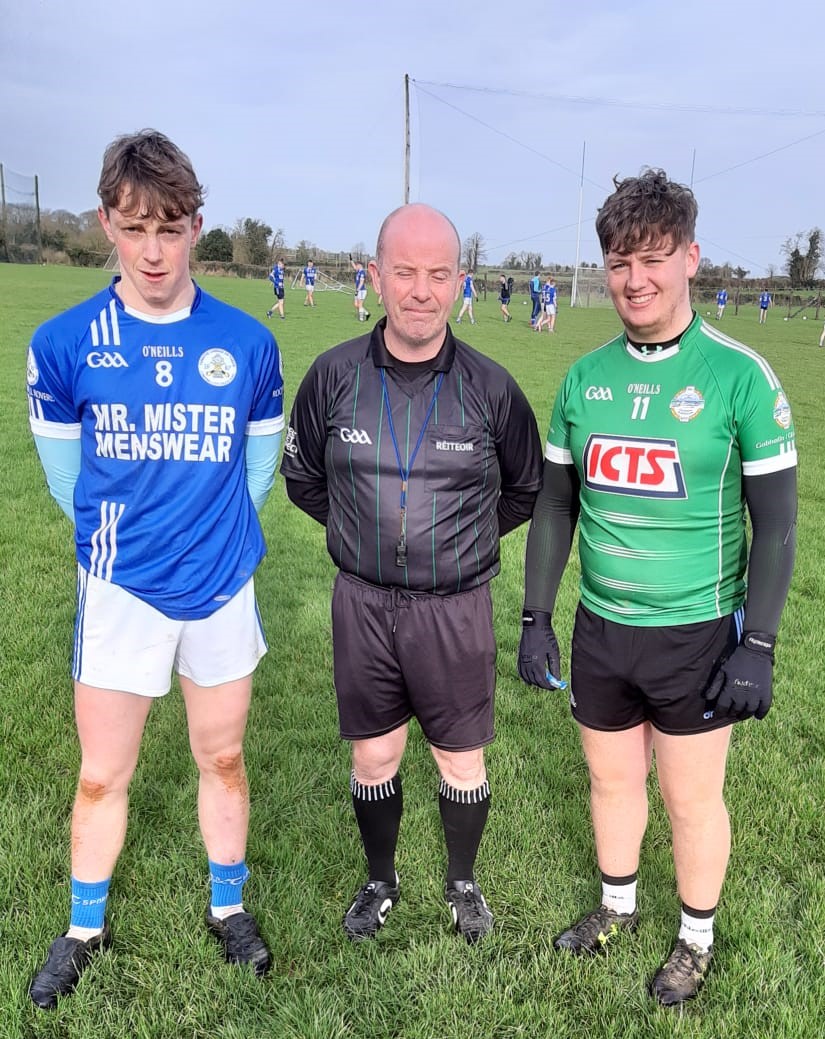 Golden/Kilfeacle advanced to the knockout stages of the McGrath Oil West Under 21B Football championship following their nine-point defeat of the Rockwell/ Rosegreen combination at New Inn on Sunday last.

Played in heavy underfoot conditions, in front of a small crowd, this was a hugely entertaining game, with both teams giving their all. Golden’s Jack Leamy was the standout player on view and his final tally of two goals and ten points was the main difference between the sides.

Rockwell Rosegreen started this game in flying fashion and Eoin McSweeney opened the scoring inside the first minute with a well-taken point. Jack Leamy got Golden off the mark four minutes later when he equalised from open play. Pat Hickey converted a penalty for the home side on eight minutes, to put them two points to the good.

Golden/Kilfeacle came more into the game and a goal and a point from Leamy eased them back into the lead, a lead that they would hold onto for the remainder of this contest. Leamy landed three more points before the break to leave the half-time score, Golden Kilfeacle 1.5, Rockwell Rosegreen 1.2.

Golden/Kilfeacle continued where they had left off after the break, with points from Leamy and Kevin Hally stretching the lead out to five. The combo hit back with points from Pat Hickey and Kyle Bourke to cut the deficit to three with fifteen minutes remaining.

The final quarter was all Golden/Kilfeacle on the scoreboard and Leamy’s second goal in injury time was the icing on the cake as they ran out easy winners and a place in the semis  awaits.

Eire Og Annacarty Donohill made it two wins from two outings in Group 1 of the McGrath Oil West U21B Football Championship when they overcame Aherlow Gaels side at Lisvernane on Sunday last.

The foundation for this victory was laid in the opening half and two goals from Jack Kingston had them ahead at the break, Eire Og 2.9, Aherlow Gaels 0.1.

The second half was more of a contest, with Aherlow coming into the game, but the first half domination by Eire Og was enough to get them over the line.

Clonoulty/Rossmore got their McGrath Oil Under 21B Football campaign up and running when they overcame an understrength Cappawhite Gaels at Clonoulty on Sunday.

The opening half was very close and competitive and only a point separated the sides at the break, Clonoulty/Rossmore 0.7, Cappawhite Gaels 1.3. Anthony Barry got in for the Cappawhite Gaels goal on the quarter hour mark to briefly put them in front after Cathal Bourke, Stephen Ferncombe and Aidan Loughman had put the home side in front early on.