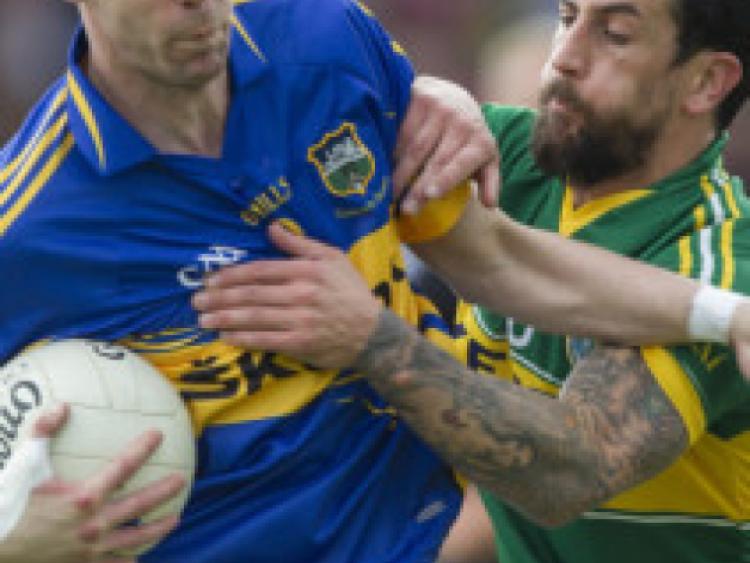 Tipperary made a tame exit from the Munster senior football championship when going down by seventeen points to Kerry in Killarney, 2-19 to 0-8.

Tipperary made a tame exit from the Munster senior football championship when going down by seventeen points to Kerry in Killarney, 2-19 to 0-8.

It was a chastening experience for Tipp who are still struggling to translate underage success to senior level.

Tipp have made the Kingdom work hard for victories in recent years - but not this time.

They trailed by eight points at half time having played with the wind and failed to score from play in the half, hitting eight wides.

A Kerry goal soon after the restart pushed the gap out to eleven points and the favourites never looked back.

That Tipperary worked very hard is not in question, they did, and in particular Ciaran McDonald, Peter Acheson, Philip Austin, Conor Sweeney, Donagh Leahy and Ian Fahey continued to compete with great industry to try and limit the damage that Kerry were capable of inflicting.

However they couldn’t stem the tide and Tipp now face into the qualifiers for another season.

Tipp finished the game with fourteen men following the dismissal of Barry Grogan for a second yellow card.