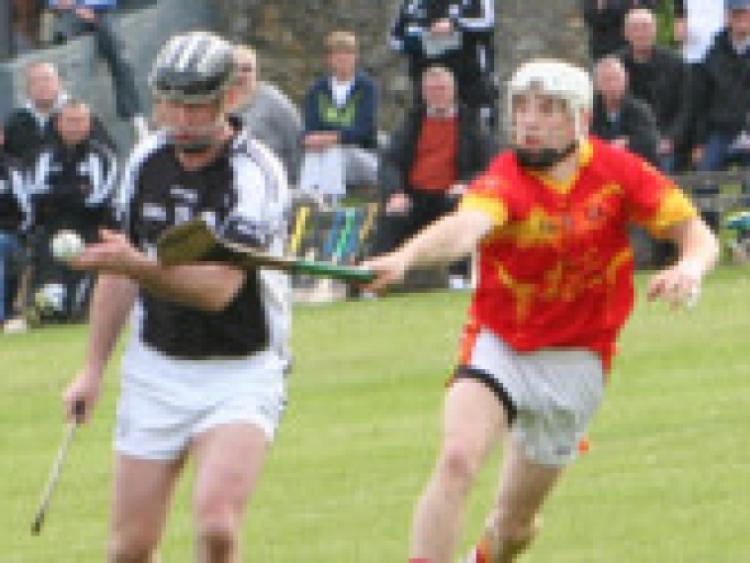 The South SHC game in Fethard on Saturday evening had nothing riding on the result as both teams had qualified for the semis before the throw in but Killenaule were much the better to win well, beating Carrick Swan 4-21 to 2-14.

The South SHC game in Fethard on Saturday evening had nothing riding on the result as both teams had qualified for the semis before the throw in but Killenaule were much the better to win well, beating Carrick Swan 4-21 to 2-14.

The first half was evenly matched at 1-8 each with both teams lining out with many changes from the programme - Killenaule played without Paddy Codd and John O’Dwyer while Carrick Swans had no Tom Kennedy, Gerry Walsh, Danny O’Hanlon, Dwayne Fogarty or Anthony O’Donnell but had a very impressive replacement in minor Lee Wall who picked off some excellent scores.

Killenaule’s power and strength were very much to the fore in the second half with fine displays from Kieran Bergin, Kevin Prendergast, Stephen Hannigan, Daniel Guinan and Michael and Tony Doyle all scoring freely with possibly a good game promised if and when they both meet later on in the championship.

The game opened with a Ml Doyle point and this was added to when his brother Tony pointed a free and Michael Doyle added another from play. James Waters and Lee Wall scored for Swans from play before Dominic Blake made it 0-5 to 0-2 for Killenaule. Kevin Lannigan replied with a point from a free with Ml Doyle making 0-6 to 0-3 when he fired over an excellent point from the corner. Alan P Ryan for Carrick Swans got on the scoring sheet after an excellent move with a point before Ml Doyle in the 15th minute added a point to leave the score 0-7 to 0-4

In the 17th minutes Stephen Hannigan for Killenaule tapped home a goal after the keeper failed to hold with Kevin Prendergast adding a point from play almost from the puck out to make it 1-8 to 0-4. It was then that Carrick Swans got their game together with some fine clearances from Alan O’Sullivan, Aaron Walsh and Kevin Lannigan to Lee Wall, Dale O’Hanlon, Dale O’Mahony and particularly Bill Walsh who was popping up everywhere with Lee Wall starting the comeback with a fine goal set up by Alan P Ryan.

Wall also had 2 fine points from play with Alan P Ryan scoring a point from a free with a point also from play by Stephen Hahessy to bring the teams level at the short whistle 1-8 a piece.

After the interval everyone present were expecting a close encounter but it was not to be with Killenaule gaining back the advantage in the third quarter almost immediately when Stephen Hannigan added his second goal when he shrugged off the challenge of Darren Fahey to fire home. Daniel Guinan added a point from play within a minute with Lee Wall scoring a point in reply for Swans with Damien McCormack and Daniel Guinan adding 2 more points from play.

Swans were handed a lifeline after a long Kevin Lannigan ball was connected by James Waters to finish to the net and when Bill Waslh scored a point to leave just a point between the sides we might have had game on but this never happened.

Killenaule added on 4 points, 3 from frees by Tony Doyle and one from play by Niall O’Dwyer in the middle of the field, the best score of the day, to a solitary reply from Bill Walsh to leave the score Killenaule 2-15 Carrick Swans 2-11.

Swans did get another point from a free by Alan P Ryan before Killenaule took off on a scoring spree scoring 1-5 without reply, the goal from Michael Doyle and the same player had a point form play in the 19th minute with Damien McCormack, Daniel Guinan and 2 frees from Tony Doyle to leave Killenaule 3-20 to 2-12 ahead.

Bill Walsh hit twol points for Swans from frees, the second 60m out, with Tony Doyle pointing from a free in the 28th minute and the final score of the game was a goal for Killenaule scored by Dominic Blake to leave the final score and worthy winners on the day Killenaule 4-21 Carrick Swans 2-14