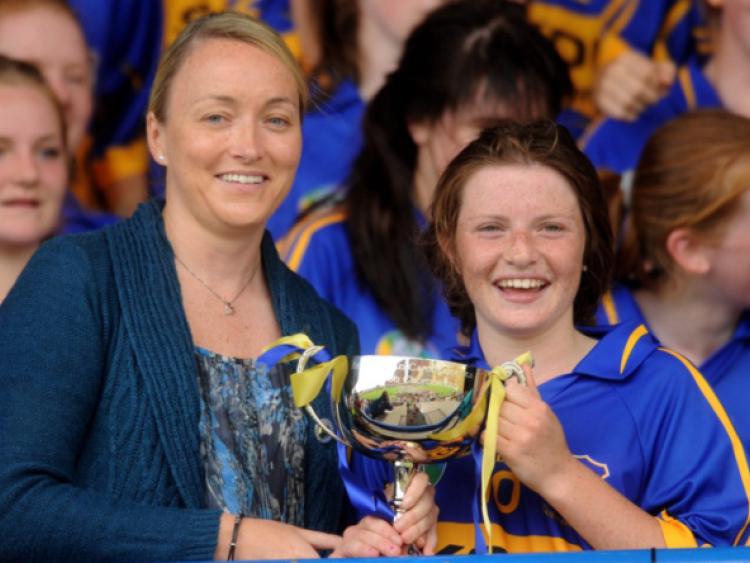 Congratulations to Tipperary on defeating Galway by 4-6 to 2-8 to win their second All Ireland camogie under 16 title in 3 years at the weekend.

Congratulations to Tipperary on defeating Galway by 4-6 to 2-8 to win their second All Ireland camogie under 16 title in 3 years at the weekend.

Such was the high standard of play that both teams received a standing ovation at half time.

Tipperary dominated in the early stages but Galway finished strongly before half time to leave the score 3-2 to 2-4 at the break with Tipperary’s scores coming from full forward Niamh Tracy, who found the net twice, and centre forward Sinead Buckley who scored the third goal.

After the resumption Galway piled on the pressure despite playing against a strong breeze and went ahead by a point. The pressure was immense but the Tipperary defence held out despite the loss of centre back Lorna O’Dwyer through injury.

The sides were level with four minutes remaining when the Tipperary girls found their best form through hard work and skill, A third goal from Niamh Tracy and two pointed frees from the same player plus points from Ciardha Maher and Sinead Buckley saw the Premier county win by 4 points.

Niamh Tracy was awarded Player of the Match but this was essentially a team victory. Credit to Manager Brian Boyle, selectors Mary Howard, Ailish Maher and Frances O’Brien who had the players so well prepared.

Roisin Howard from Cahir who captained the side made a composed speech on accepting the cup from Rachel Hogan Chairperson of Camogie’s Leinster Council.