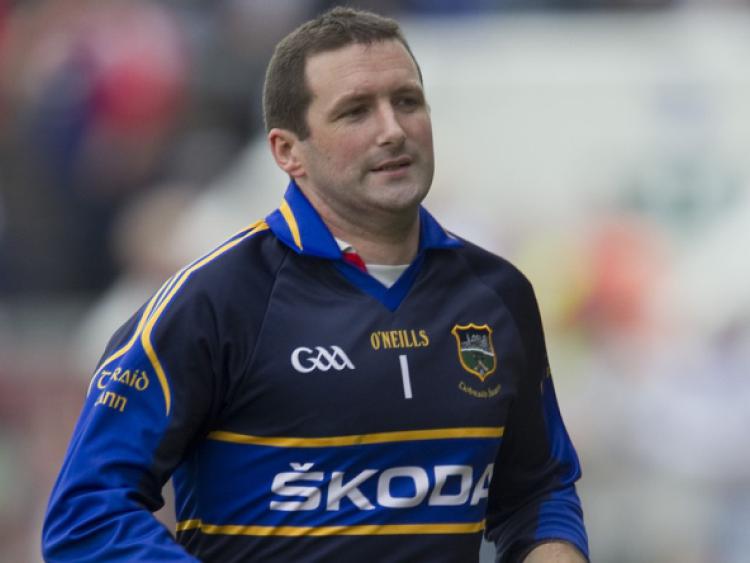 The retirement of Brendan Cummins from inter-county hurling is the end of an era for Tipperary hurling.

The retirement of Brendan Cummins from inter-county hurling is the end of an era for Tipperary hurling.

Cummins has been the game’s outstanding goalkeeper for his twenty years with the county team, winning two All Ireland senior titles and five All Stars.

He has played more championship games than any other hurler and has been the solid last line of defence for Tipperary for two decades.

He has now called time on a glittering career that also saw him collect five Munster medals.

While he has played 73 championship games for Tipperary, he was also one of the county’s most stylish footballers and played sixteen championship games in the blue and gold - it obviously would have been many more but for his hurling commitments.

His trophy chest also contains four national league medals, three inter-provincial medals, seven Poc Fada titles and nine South Tipperary intermedia hurling championship medals with Ballybacon-Grange - the most recent won last Sunday when he swapped the No. I jersey for that of half forward to hit thirteen points in the win the over Fr Sheehys.

Cummins cites family considerations as one of the reasons for stepping down - he is married with two young children and wants to spend more time with them.

Playing with Tipperary demanded 100% commitment and unless he could give that it was time to move on and make way for a successor.

His last game for Tipperary was the All Ireland qualifier defeat to Kilkenny in Nowlan Park - a loss that hurt.

Perhaps his greatest day was also against Kilkenny - the 2010 All Ireland final when Tipp put a halt to the Cats’ five in a row ambitions.

Brendan Cummins was not only an outstanding goalkeeper and role model for aspiring young players but a true professional who always made time for supporters, autograph hunters and intrusions from the media, always making himself available for interviews both before and after games, regardless of the result.

He will be a huge loss to the county team but his support to various under studies over the past two decades will help to smooth the transition.

And of course he will remain a cornerstone of the Ballybacon-Grange club.