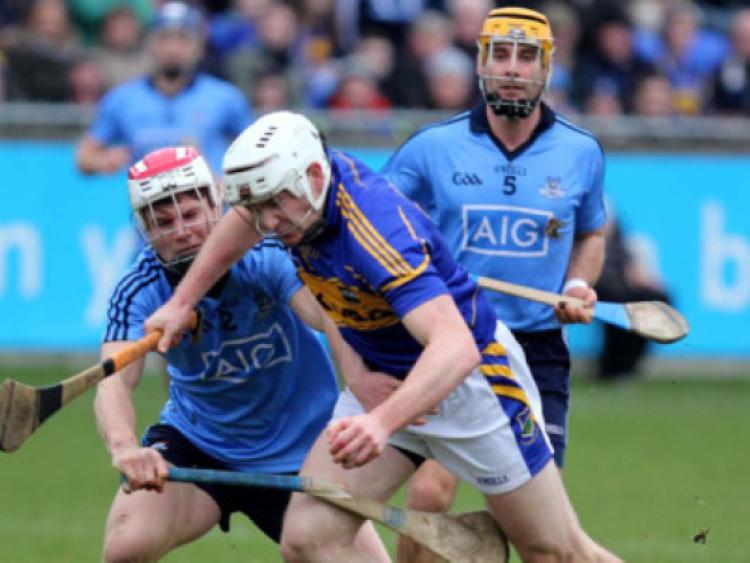 Tipperary look as if they’ll be without Shane McGrath and Joe O’Dwyer, who were injured during last weekend’s defeat by Dublin, for Sunday’s National Hurling League encounter with Galway.

Tipperary look as if they’ll be without Shane McGrath and Joe O’Dwyer, who were injured during last weekend’s defeat by Dublin, for Sunday’s National Hurling League encounter with Galway.

McGrath was hurt during a clash with Conal Keaney towards the end of the first half in Parnell Park last Sunday, an incident that saw the Dublin player receive a yellow card from referee Barry Kelly.

The midfielder was helped from the pitch and didn’t re-appear for the second half, when his place was taken by Templederry’s Thomas Stapleton.

Speaking after the game Tipp manager Eamon O’Shea said he understood that the Ballinahinch player was suffering from concussion so he expected him to be out for “a while”.

Killenaule’s Joe O’Dwyer, meanwhile, who was making his league debut left the field three minutes from the end clutching his arm, and O’Shea reported “it seems as if he’ll be out for a while as well”.

The 12-points defeat at Parnell Park has upped the ante ahead of Sunday and increased the pressure on Tipperary to beat Galway, a match that will have a 2pm throw-in at Semple Stadium. The referee will be James McGrath of Westmeath. Deferred coverage of the game will be shown on TG4.

“The good thing is there’s a match next Sunday and we have to go out and do something different. That’s the message I’d take away from the day”, Eamon O’Shea said after his team were beaten by Dublin, their fifth opening day defeat in the last six years in the league.

Tipp have been notoriously slow starters in the competition and another defeat on Sunday could leave them in a relegation dogfight, with trips to Ennis to play Clare (on March 8) and Pairc Ui Rinn to face Cork (on March 22) and a home match against Kilkenny (March 15) to follow.

It has been reported that Tipperary could sport a new look on Sunday, with a new shirt sponsor set to be unveiled.

In Dublin last weekend the team wore jerseys bearing the Skoda logo for the final time and sports group Elverys have been linked with Tipperary, with the suggestion being that the logo Intersport will feature on the front of the shirts, with the name Elverys displayed on the back above the number.

Galway, meanwhile, have bolted from the traps at the beginning of the season. They followed up their Walsh Cup success, in which they beat Dublin in the final a week and-a-half ago, by defeating Clare by 2-15 to 1-17 in their opening National League fixture at Pearse Stadium last Sunday.

Even without established freetakers Joe Canning and Conor Cooney they edged out their neighbours thanks to the late intervention of Jason Flynn, one of five of last year’s U-21 side who started. He converted a late ‘65 to equalise and then struck the winner from a 50 metres free from near the sideline two minutes into additional time.

“He’s a brilliant marksman, a young player coming through, a great stickman. He showed great bottle there but he has the talent so it’s great to see it on a stage like this.

We showed a lot of character with 5 minutes to go. It looked like a draw or that we were slipping slightly, but we showed that little bit of fight in the finish and that’s what we want to bring into the championship this year”, said Cunningham.

Other important contributions were made by Joseph Cooney, who scored a goal to bring Galway back into the game in the final quarter; Jonathan Glynn, who led the attack and wing back Gearoid McInerny, a son of former Galway great Gerry.