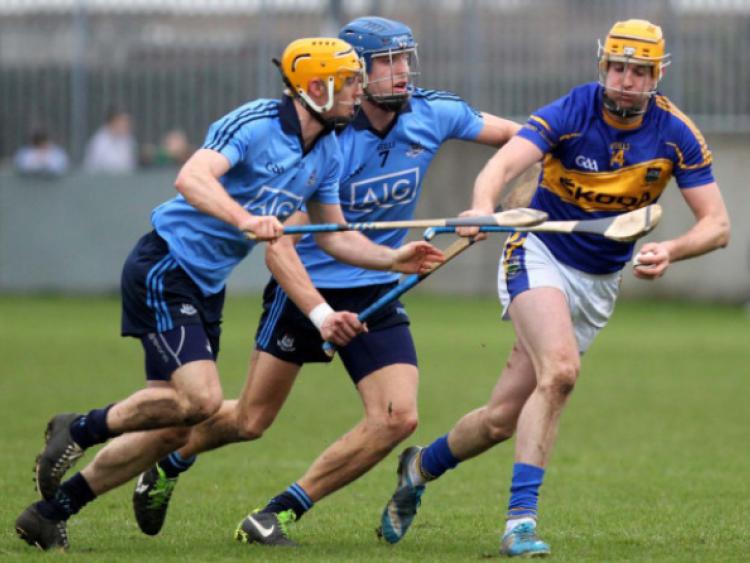 The electronic clock that displayed 00:00 for the entirety of this National Hurling League match wasn’t the only thing to malfunction at Parnell Park on Sunday.

The electronic clock that displayed 00:00 for the entirety of this National Hurling League match wasn’t the only thing to malfunction at Parnell Park on Sunday.

This defeat in Tipperary’s first competitive match of the year was every bit as comprehensive as the scoreline suggests.

They were way off the pace against a much sharper Dublin side that got new manager Ger Cunningham’s reign off to a flier, as the Dubs showed the benefit of their run to the final of the Walsh Cup. With ten of last year’s All-Ireland Final side Tipp sent a strong team to the capital -including six current All Stars and Young Hurler of the Year Cathal Barrett - which only heightened the sense of disappointment with the defeat, especially for those supporters who travelled to Dublin, as their performance went steadily downhill after they led twice in the opening 10 minutes.

Misplaced passes, basic handling errors and failure to win possession left them ill equppied to deal with Dublin’s aggression. They were in deep trouble when they were 9 points in arrears at half time, 1-11 to 0-5, a half during which they scored just 2 points from play and drove 10 wides. Although their display improved for a spell in the second half they were still well beaten by the finish.

A heavy defeat in mid February may not be anything to get too worked up about and it will be recalled that they also endured a grim run last spring before resurrecting their fortunes in the summer. But with just four games remaining in a tough division, including Clare and Cork away, Tipp appear as if they’ll have another battle on their hands to retain their League Division One status. A possible sequence of poor results won’t be ideal preparation for the championship either.

They were already struggling to deal with the strong, direct running of pacy Dublin forwards such as Paul Ryan, Eamonn Dillon and Liam Rushe when they struck for their first goal in the 18th minute, Rushe supplying a peach of a pass for Dillon to finish. At the other end Tipp were driving an amount of aimless ball towards the Dublin posts, where Seamus Callanan often acted as a lone forward and where Conal Keaney, named at wing forward but operating on the left wing of defence, turned in a man of the match performance and was strongly supported by Peter Kelly and Cian O’Callaghan.

Things got worse before they got better after the change of ends. Tipp were breeze-assisted but the second half not only confirmed the view that the wind wasn’t strong enough to be a factor and that Dublin were by far the superior side.

A point from Mark Schutte had Dublin ahead by 11 points midway through the half before Tipp finally perked up and showed some bottle. This fightback of sorts was led by John ‘Bubbles’ O’Dwyer, one of their few players to emerge from the debacle with any credit. He struck three points, including two from play, and another from impressive substitute Conor O’Brien trimmed the arrears to 7 with 12 minutes remaining.

However they never got a sniff of the goal they needed to threaten Dublin, who had four further points before Liam Rushe compounded their misery with a second goal in additional time.

Shortly beforehand Seamus Callanan had Tipp’s final score, which was his first from play. With a personal tally of 5 wides (including 3 from frees) he was one of several players who didn’t have a good day at the office, although without his three converted frees into the wind in the first half, two of which were struck from his own half, his team would have been even deeper in the mire.

On a day when Tipp had 15 wides Bubbles was easily their best forward. It was a big day for Denis Maher and Jason Forde, who were presented with opportunities to stake a place in the team. However Maher made little impression before being withdrawn at the halfway stage while Forde, who took a knock in the opening minutes and shot four wides in the first half, was fortunate to remain on the pitch for 70 minutes.

Brendan Maher, Gearoid Ryan and James Woodlock have also enjoyed better days. However Ronan Maher, who formed a new midfield partnership with fellow substitute Thomas Stapleton for the start of the second half, can be satisfied with his contribution.

Elsewhere Padraic Maher and Kieran Bergin were the pick of an overworked defence that was also boosted by the introduction of Conor O’Brien in place of an out-of sorts Conor O’Mahony. O’Mahony and Paul Curran, who had little or no game time between them last year, will need time to re-adjust to the demands of the game at this level. Joe ‘Mouse’ O’Dwyer did reasonably well on his league debut before departing with an arm/shoulder injury near the end.